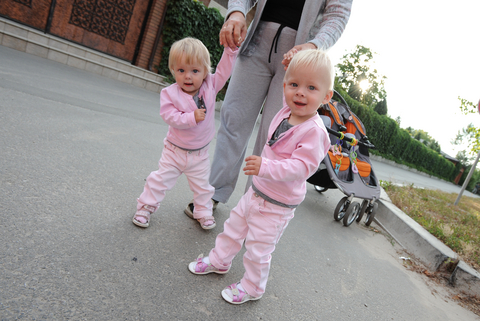 There’s a new trend in the abortion industry.  It’s called “selective reduction” to take the sting away from what it really is.  “Selective reduction” is the abortion of one or more babies in a multiple pregnancy.  Basically, if a woman is pregnant with twins, triplets, or more—usually through in vitro fertilization or another fertility treatment—and she decides she only wants one or two babies, she aborts the rest.  Can abortion get more horrifying?

I’ve read in some detail about this procedure.  Often, the abortionist will simply kill the child or children who are in the best position to be killed.  That’s right.  Life or death comes down to simple position in the womb.  Whichever child the doctor can reach best and inject with poison in the heart will die.

Or, many parents make the choice themselves.  If they already have a daughter, then the newly conceived son will be the one to live and any other daughters will die.  If one triplet has been diagnosed with Down’s Syndrome, that one will be sentenced to an early death.  Are people even aware of how many mis-diagnoses there are of Down’s Syndrome and other “birth defects”?  Increasing numbers of parents are targeting their own children for death simply because they deem them less than perfect.

The Telegraph, a British news agency, reports that there continues to be a substantial rise in the increase of abortions of multiples, as twins, triplets, and the like are often referred to.  UK Department of Health figures demonstrate that the number has nearly doubled since 2006.  In 2006, 59 women chose abortion in a multiple pregnancy.  In 2011, the number has risen to 101. No one denies the extremely controversial nature of these abortions, specifically because many parents chose to create these children—or at least accepted the possibility that multiples could be created—through in vitro fertilization.

The UK’s Human Fertilisation and Embryology Authority has recently “campaigned to persuade parents and clinics to implant just one embryo at a time and set clinics a limit on the number of multiple pregnancies they could produce” according to the Telegraph.  It’s clear that parents increasingly view children “they” create through assisted reproduction as a consumer commodity, to be kept or discarded as they choose.  The rise in multiple abortions is already heating up the debate on IVF and other assisted reproduction.

Dr. Peter Saunders, the chief executive of the Christian Medical Fellowship, told The Telegraph:  “There is no doubt that the rising use of IVF has contributed to a rise in multiple pregnancies.  If prospective parents are not willing to have twins then they should not be implanting more than one embryo at a time. Parental preference should never take precedence over the right to life of the unborn child.”  He is absolutely correct.  Why are parents choosing to forgo any “inconvenience” that twins might cause them and instead, abort a child they clearly chose to create?

No one disputes the fact that twin and other multiple pregnancies pose higher risks to the mother and babies than a single pregnancy.  (Although the risks of a twin or the mother having serious health issues have been incredibly reduced and are almost never life-threatening anymore.)  However, the fact that a problem may present itself is not grounds to kill a child.  Even the fact that a mother may be bedridden during pregnancy or suffer some health problems should not be a basis for abortion.  I am a mother, and I am willing to suffer health risks for my children.  It is very rare that multiple pregnancies truly risk the life of the mother.  And honestly, if you don’t want to worry if your triplets may be born premature and suffer a few health problems as a result, you shouldn’t be implanting multiple embryos at once.  Many people are starting to believe that if you do, you should accept the risks that come with it.

In the end, the real reason for these selective abortions is revealed in the numbers.  A spokesman for the UK’s Department of Health gave The Telegraph this eye-opening information:  “Over three quarters, 78 per cent, of the selective terminations were performed under ground E – that there is substantial risk that if the child were born it would suffer from such physical or mental abnormalities as to be seriously handicapped.”