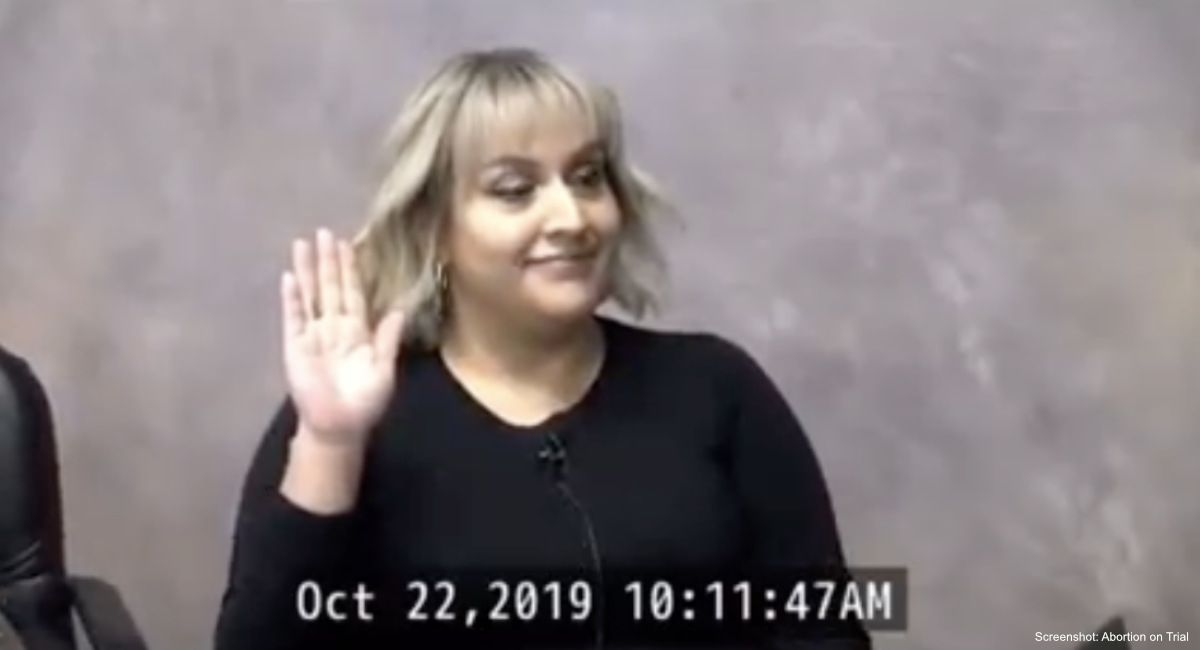 Abortion on Trial has released a video of the unlicensed medical assistant who met with Keisha Atkins prior to her elective abortion at six months, which led to her death. In the video, Italia Aranda, an abortion worker at Southwestern Women’s Options (SWO) in Albuquerque, New Mexico, admits she instructs women to “sit on the toilet and put a towel over their lap” so they can deliver their stillborn baby into the toilet while waiting for clinic staff to arrive at their location — in some cases, a hotel room.

“So we let the patients know that delivery outside of the clinic is a very real possibility,” said Aranda under oath due to a lawsuit concerning Atkins’ death. “[..] In case of an out of clinic delivery, we advise them to call us right away and we can have our on-call team go to them.” She said the abortion facility does not monitor the patient’s vitals overnight.

If it is determined over the phone that a patient is going to deliver the aborted child at a location other than the clinic, she explained that she tells the women, “sit on the toilet, put a towel over your lap and the phone on [call] person will be with you on the phone at all times while our staff gets to you.” She admits that she helps abortion clients to develop a “pain management plan” and also admits that she is not licensed in any way, for counseling, nursing, or any other medical job.

Live Action has reported on the abortion industry’s cruel and unsafe practice of sending women away during their abortions and telling them to deliver their aborted babies alone on a toilet.

At least one hotel has been known to profit financially from a partnership with SWO, allowing “room service abortions” to take place at their business. The towel is advised to help shield the one from seeing her baby’s body. CG Richardson, who has undergone four abortions, gave birth to one of those deceased babies on a toilet, and it traumatized her.

“‘How could this be?’ I screamed… Hesitantly I looked closely, examining every inch and there was no denying it: This Was a Baby!” She described her child in great detail. “I could plainly see the little eyes, nose, mouth, tiny little hands and feet that had already formed! I also saw blood vessels and the spine as the skin was very transparent! The thing that made me fall to my knees was looking at what I believe to be my baby’s heart. This little heart was once beating until I gave the order to have it stopped!”

At that moment she realized, “I had killed my four babies!”

Aranda likely counseled Atkins on the possibility that she would birth her dead baby while not at the abortion facility, but it appears Atkins never delivered her baby at all. She and her child both died. 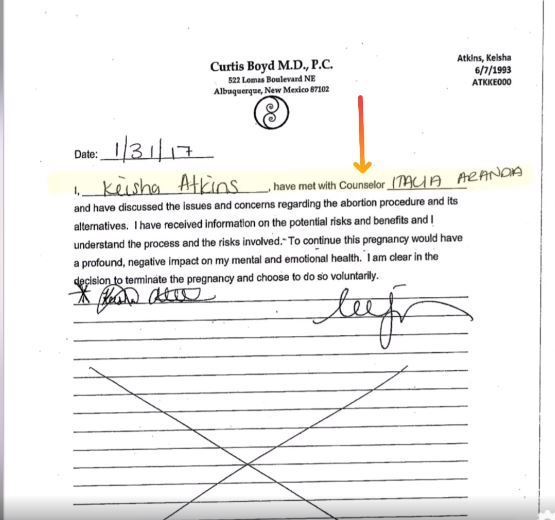 Abortionist Shannon Carr committed the abortion on Atkins, speaking to her for just 20 minutes to determine that the abortion was necessary to prevent “substantial and irreversible harm to her physical health, her mental health, her family health, her safety and well being.” She said under oath that she is not a psychiatrist but speculated that being a single mom meant Atkins could not handle motherhood and needed to abort her baby, who was old enough to possibly survive outside the womb with medical help. Carr did not examine Atkins’ medical history before carrying out the late-term abortion, which carries dangerous risks for women.

Abortions at six months typically take days to carry out, meaning the patient will leave the abortion facility and return over the course of the abortion. Over four days, Atkins was repeatedly drugged and eventually began suffering from respiratory distress. She was transferred to the hospital where she reportedly died from sepsis from an infection caused by the abortion.