While Planned Parenthood continues to claim that abortion makes up only 3% of its services annually — a claim which the Washington Post fact-checkers and Live Action have debunked — Live Action News’ own analysis has found that Planned Parenthood’s revenue from abortions in 2016 is estimated at nearly $200 million dollars.

How we calculated the numbers

Planned Parenthood’s website notes the cost of a surgical abortion:

An abortion in the first trimester can cost up to $1,500, but it’s often less. The price of an abortion depends on where you get it (hospitals are often more expensive), and whether or not you have health insurance that will cover some or all of the cost. The cost also varies based on how long you’ve been pregnant — a second-trimester abortion usually costs more.

It also says this about the cost of a medication abortion:

The abortion pill can cost up to around $1000, but is often less. The cost of a medication abortion varies and depends on where you get it and whether or not you have health insurance that will cover some or all of the cost.

Here’s what a medication abortion entails, according to former abortionist, Dr. Anthony Levatino:

However, in 2017, an analysis from Operation Rescue found that some abortion prices had increased: 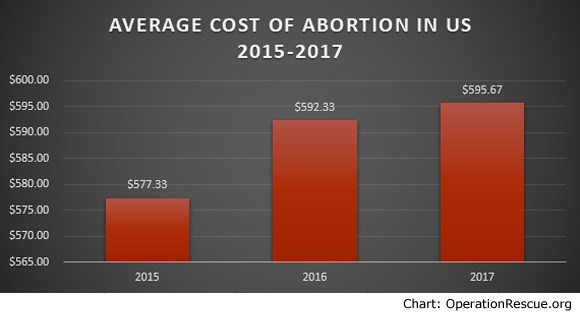 Operation Rescue stated it contacted each abortion facility directly “using a number of investigative methods,” and also found that abortion costs in some states ranged much higher, but some were slightly lower. 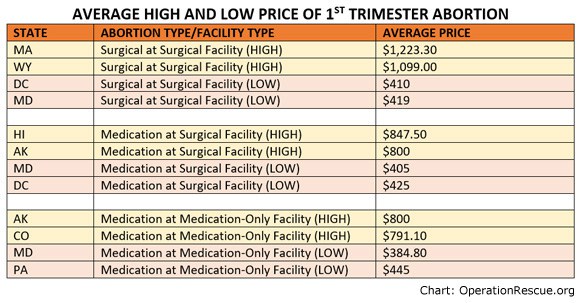 2. Number of abortions by trimester:

In 2017, Guttmacher wrote, “9% of women who obtain an abortion do so after the first trimester (at 14 weeks or later), and slightly more than 1% of abortions are performed at 21 weeks or later.“

Live Action News broke down the 321,384 abortion numbers into early first trimester surgical and medication abortions, second trimester abortions (14-20 weeks), then those after 21 weeks as follows:

We also factored in more current average abortion costs using figures provided by Operation Rescue as well as Planned Parenthood/Guttmacher where OR did not provide a cost: 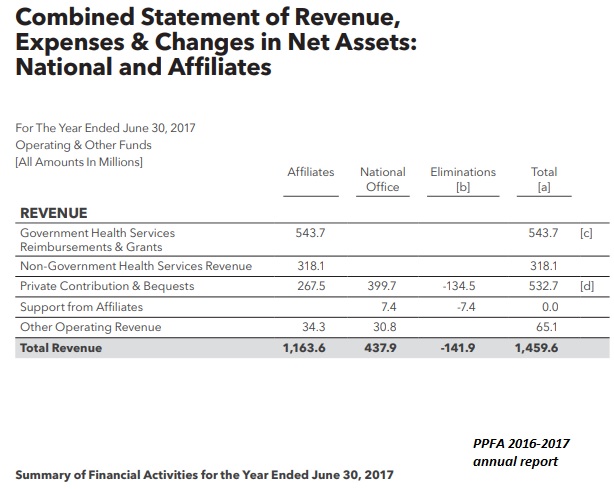 Note that there are two sources of revenue for “health services,” which include:

Although Planned Parenthood also receives over half a billion dollars in tax money annually, Live Action News has documented that these government dollars are instrumental to the organization’s abortion income. The reason for this is a factor called fungibility, which shows that our tax dollars are funding the same staff and facilities that also commit abortions. In addition, by allowing Planned Parenthood to receive Medicaid and TitleX dollars, women who seek discounted care can then be sold abortions at the same location:

So the next time Planned Parenthood tries to claim that abortions are just a small part of what they do, remember that those alleged “small percentages” add up to millions upon millions of dollars in revenue for the abortion corporation.