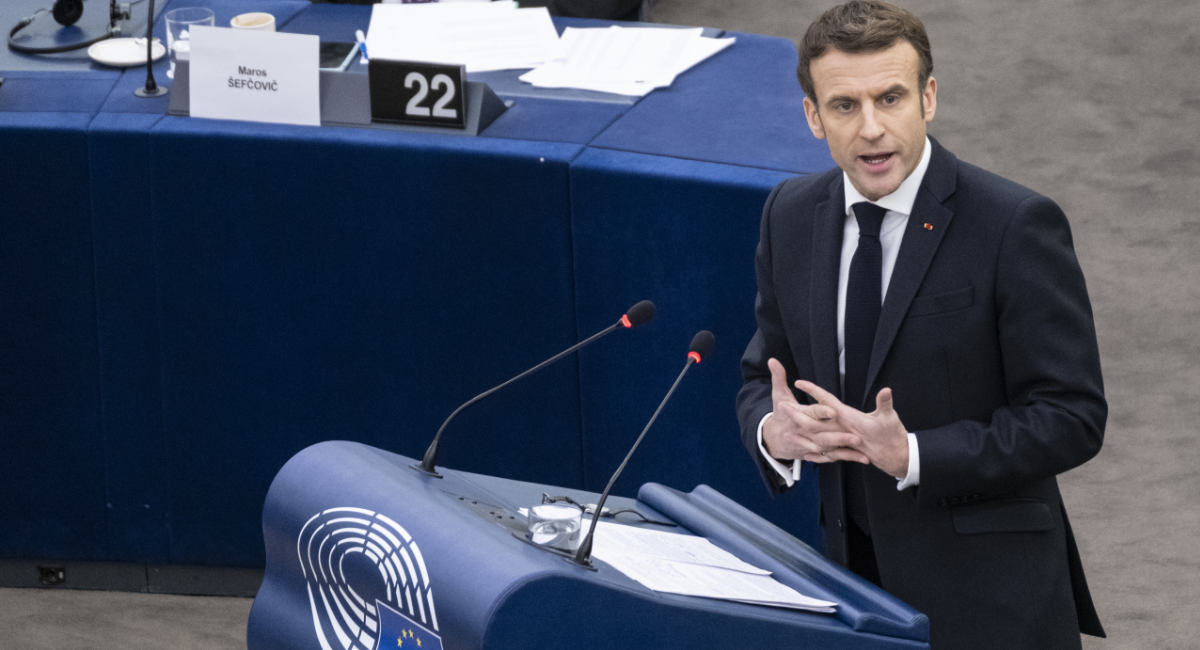 French President Emmanuel Macron spoke to the European Parliament on Wednesday, calling for the revision of the EU rights charter to include a right to abortion.

“Twenty years after the proclamation of our Charter of Fundamental Rights, which notably enshrined the abolition of the death penalty throughout the Union, I hope that we can update this charter, notably to be more explicit on environmental protection or the recognition of the right to abortion,” he said according to the Catholic News Agency. “Let us open this debate freely with our fellow citizens of great European conscience to give new life to our set of rights that forges this Europe strong in its values, the only future of our common political project.”

The French news outlet BFMTV reported that Macron’s comments were met with applause.

The EU charter, which was ratified in 2000, currently states, “Everyone has the right to life” and “No one shall be condemned to the death penalty, or executed.” While a right to abortion is not mentioned in the charter, the EU Parliament has previously indicated that it is pro-abortion. Last June, it voted to classify the killing of preborn human beings as a fundamental human right. It has also put pressure on traditionally pro-life countries like Poland and Malta to legalize abortion.

Macron’s appeal comes just one day after the EU elected Maltese politician Roberta Metsola as its president. Metsola is pro-life, although she has said that she will respect the Parliament’s current favorable view of abortion. “The position of the parliament is unambiguous and unequivocal, and that is also my position,” she said. “That is exactly what I will do throughout my mandate as president on this issue.”

Macron’s comments are unsurprising, given that he has already established himself to be solidly anti-family and anti-life. In 2018, he set off a firestorm after he publically insulted mothers of large families, saying that there was no way that an educated woman would want to have seven children. In 2020, he supported a man who wished to livestream his suicide in protest of the country’s restrictions on assisted suicide.

At least one pro-life group, Alliance VITA, has already vocally opposed Macron’s comments. “Addressing the painful issue of abortion head-on, without prior debate, and without mentioning any policies of prevention and support, is to do violence to the many women who want society to help them avoid abortion, which is often carried out under pressure,” said Caroline Roux, the group’s deputy executive director. “The abolition of the death penalty, recalled by the president in his speech, as well as the right to life are among the values inscribed in the Charter of Fundamental Rights.”