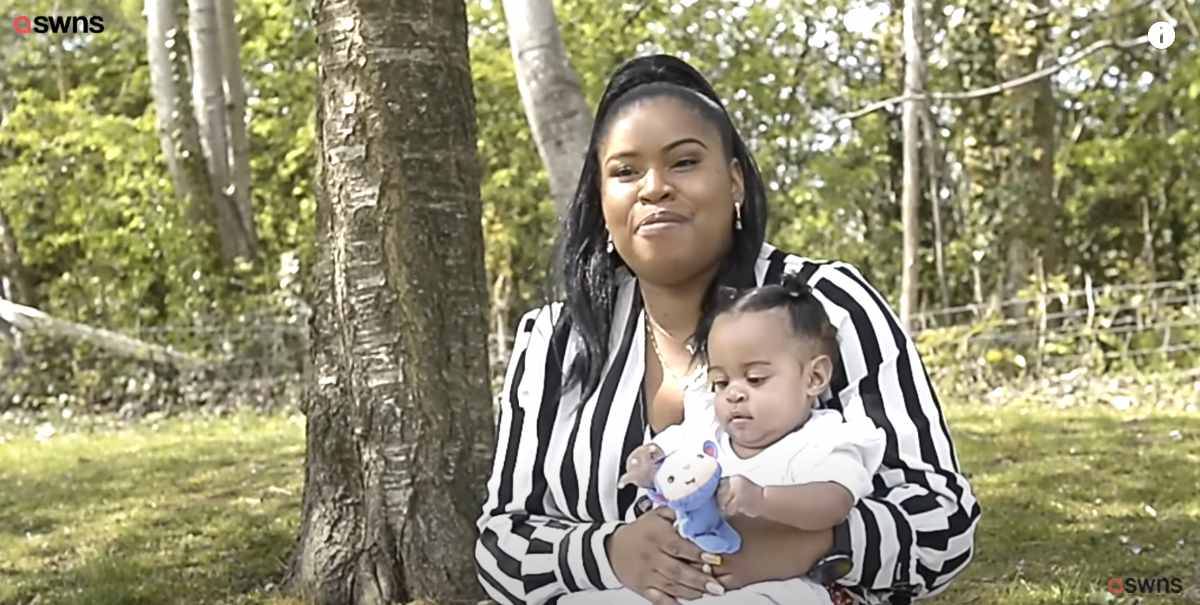 A little girl in England was so small when she was born that doctors used a sandwich bag to protect her skin and keep her warm after birth.

Faith Findley entered the world prematurely at just 26 weeks. According to The Yorkshire Post, at the time of her birth, little Faith weighed just 1 lb 15 ounces, and her mother Vanessa said she could fit in the palm of her hand. To keep Faith warm after her emergency c-section delivery, doctors immediately placed her inside a sandwich bag, which is meant to mimic the safety and warmth of the womb.

‘They put her in this little bag to keep her warm and to mimic my womb,” Vanessa said. “I was so shocked at how small she was. She looked so tiny with all the wires and in her incubator. We had no idea if she would make it.”

Vanessa explained that she had had a difficult pregnancy from the start. “My pregnancy was quite high risk,” she said to SWNS. “I was known to have blood clots and I also suffered from hyperemesis, which is a very bad form of nausea and vomiting during pregnancy.”

After her early delivery, Faith was immediately whisked away to the neonatal unit. “When she came out she gave a little cry, which was really good, because they said that meant her lungs were working well,” Vanessa explained. “And they wrapped her in a little bag to keep her warm, as her skin was still really opaque. So it was to keep her skin hydrated.”

Faith suffered many obstacles, including a hole in her heart and a brain lesion. Vanessa explained that due to COVID restrictions, she was only able to visit for two hours a day. Finally, in December 2020 after 72 days in the hospital, Faith was able to join her family at home.

While it may seem like an unconventional approach, this is not the first time that doctors have resorted to something as basic as a sandwich bag to save a baby. Live Action News has previously shared some of the instances in which doctors used this common household item to care for babies who were born prematurely.

Now, over one year later, little Faith is home with her family. “She’s still quite a tiny one-year-old but she’s a little fighter,” Vanessa explained according to Yahoo News. “I’m so happy that she is healthy and thriving.”