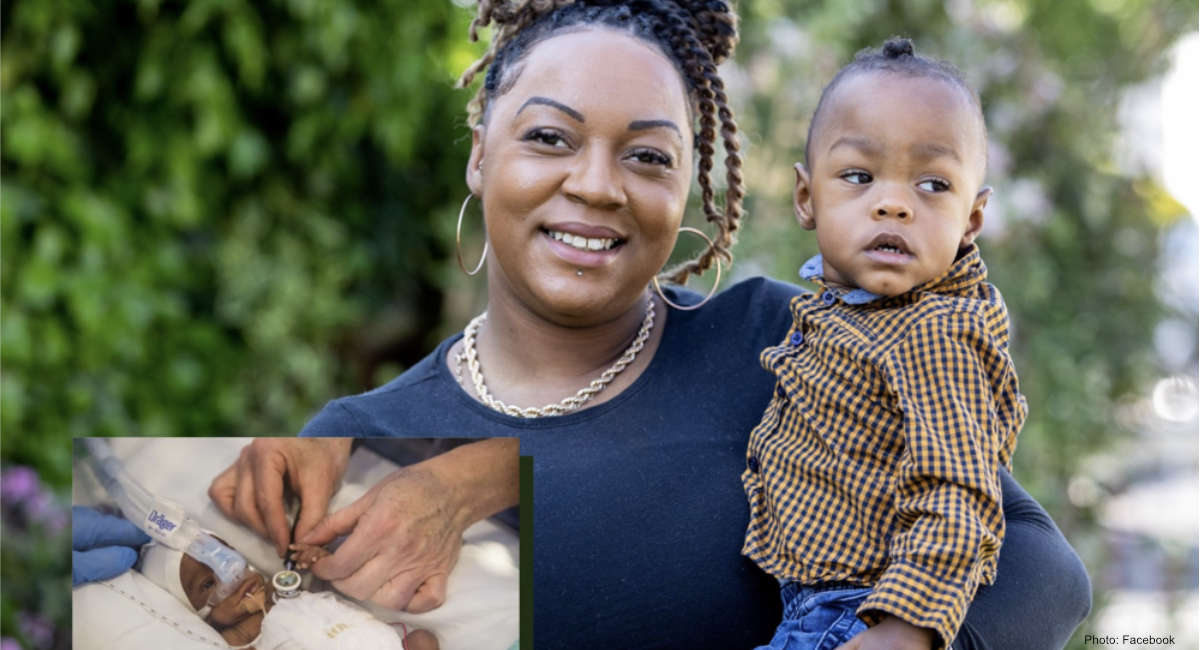 At 20 weeks, Vickie Carr and her husband Rohan learned that their preborn baby was no longer growing. Just five weeks later, at 25 weeks and four days, the placenta began to fail and Vickie had to undergo an emergency C-section.

“They told me they wanted to keep my baby in my tummy for as long as possible,” she explained. “It was terrifying; I had no idea if my little baby would make it.”

Baby Larenz was born 15 weeks early in October 2019 and would require the support of medical staff to survive. After his birth, he was taken directly to receive care. Babies born at this age typically have a 60% to 70% chance of living and if they do survive they may have health complications as a result of premature birth. Larenz weighed just 13 ounces, and to give him the best chance possible, doctors came up with a unique solution: a plastic sandwich bag and bubble wrap, which would act as a make-shift womb.

READ: Born at just 24 weeks, this micro-preemie is now a thriving toddler

“When I went down to the neonatal intensive care unit a few hours later I was so shocked at how small he was. He was the same size as my hand and so transparent,” Vickie said. “He looked shiny, like he was covered in oil… Seeing him in the bubble wrap — I had never seen anything like it.”

His father felt the same way.

“When I first saw Larenz I was so scared and worried about what the outcome would be. I’d never seen a baby that small,” Rohan said.

For five months, Larenz remained in the neonatal intensive care unit growing and amazing his medical team. Now 19 months old, he continues to stun the doctors as he has no developmental concerns.

“It’s just amazing that nothing was wrong with him and he’s come home healthy and thriving,” said Vickie. “He’s walking and not delayed at all — it’s amazing.”

Rohan said the couple is “just so happy” their son is alive and thriving. “He’s our little miracle,” he added.

At 25 weeks it is still legal to abort a preborn baby in the United States. Abortion advocates claim that abortion at this age is necessary to save the life of the mother, but this is untrue. In a crisis situation, an emergency C-section like Vickie underwent is faster than an abortion, which would take at least two days. There is no need to intentionally kill a preborn child through abortion prior to delivery in order to save a mother’s life, nor is there a need to commit discriminatory, eugenic abortions later in pregnancy due to health conditions.