The abortion industry has coached the media to use weaponized language to dehumanize humans in the womb. One recent example: after years of using the term “fetal heartbeat,” the New York Times has suddenly decided to use the ridiculous term, “embryonic pulsing.” The term was introduced by NYT writer Alan Blinder after pro-life “heartbeat bills” were passed, protecting humans in the womb at the time a heartbeat can be detected, around six weeks.

“On the heels of a spate of anti-abortion legislation passed in recent months across the South, Louisiana lawmakers voted on Wednesday to ban the procedure after the pulsing of what becomes the fetus’s heart can be detected,” Blinder wrote. Later in the piece he added, “The measure would require an ultrasound test for any woman seeking to terminate a pregnancy, and forbid abortion if the test detects embryonic pulsing — which can occur before many women know they are pregnant.” (emphasis added)

So far, not even Planned Parenthood has stooped that low to describe prenatal human development.

Has the New York Times ever used this term before? The answer is no. Other than the most recent use, the term was not previously used:

And… many other papers have also never before used that term:

What about “fetal heartbeat”? Turns out, the New York Times has used the term 172 times since 1961. 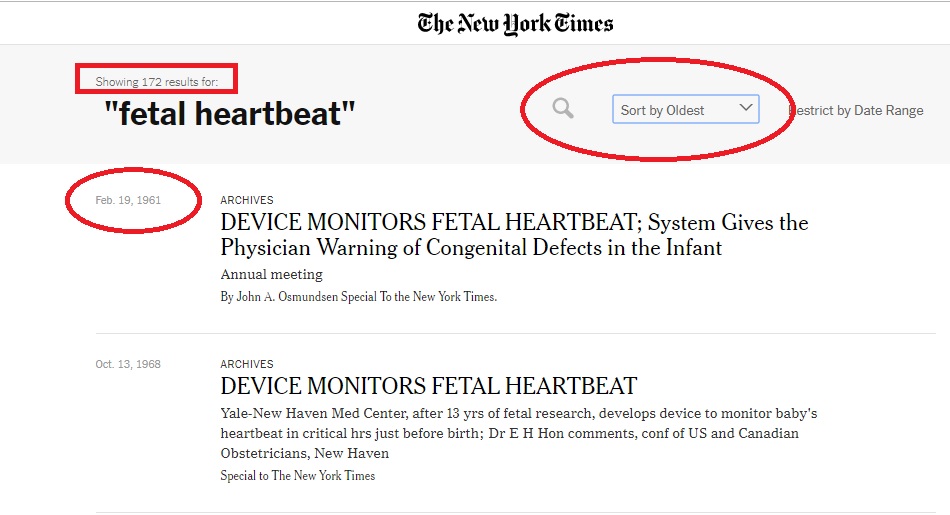 Other media outlets also caught the new terminology, including Western Journal, which claimed to have reached out to The New York Times for comment but has apparently not received a response.

WJ reported, “The introduction of this new phrase comes very close on the heels of a May ‘Guidance Reminder‘ issued by NPR, which asks journalists to refrain from using the term ‘heartbeat’ to describe the reverberations and activity that begin to appear in an unborn baby at around week six of pregnancy.”

Strange… because NPR had previously used “fetal heart” over 4500 times. 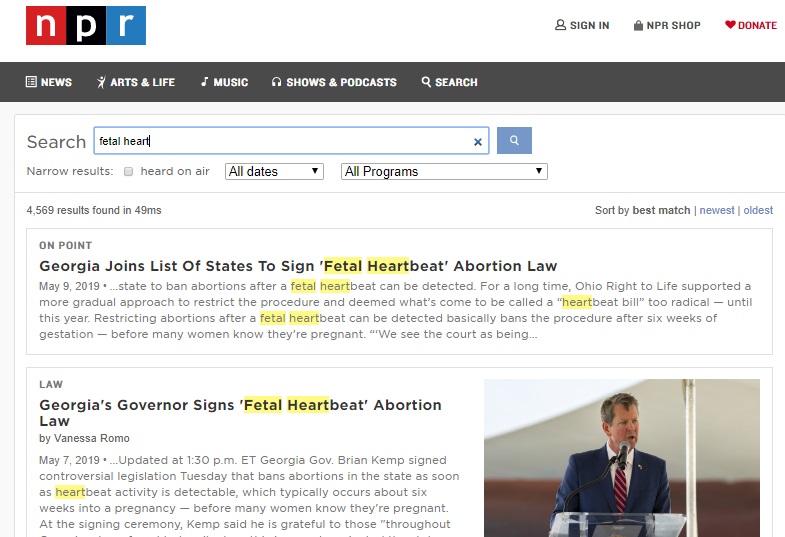 “One thing to keep in mind about this law and others like it: Proponents refer to it as a ‘fetal heartbeat’ law. That is their term. It needs to be attributed to them if used and put in quotation marks if printed,” NPR Supervising Senior Editor of Standards and Practices Mark Memmott wrote.

“We should not simply say the laws are about when a ‘fetal heartbeat’ is detected. [Emphasis his.] As we’ve reported, heartbeat activity can be detected ‘about six weeks into a pregnancy.’ That’s at least a few weeks before an embryo is a fetus,” he added, also warning against the use of terms like “abortion clinic,” “late term abortion,” “unborn” and “baby.”

NPR’s “Guidance Reminder” says the terms should be avoided for inaccuracy.

Live Action News also documented how the media recently went on the attack against the term, “late-term abortion.” The term was used for years by abortion insiders and media alike (including NPR), until recently when a spotlight was shone on the abortion industry’s gruesome late abortion procedures. 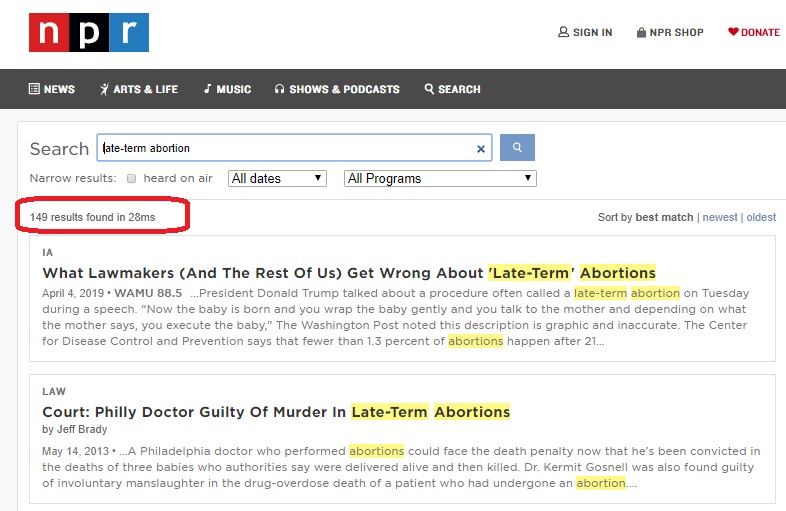 Dr. David Prentice, VP and Research Director at the Charlotte Lozier Institute, spent 20 years as Professor of Life Sciences at Indiana State University and Adjunct Professor of Medical and Molecular Genetics at the Indiana University School of Medicine. He previously explained the fetal heartbeat to Live Action News, stating in part:

“The developing embryo, later called a fetus after 8 weeks, relies on the heart pumping blood throughout its developing body to survive and grow.

The human heart has developed 4 chambers by Carnegie stage 22, approximately 8 weeks (56 days) post-fertilization. But it has been beating and circulating blood throughout the body of the developing embryo since about 26 days. It was only a simple tube at that stage, then developed 2 chambers, then split those 2 into 4 chambers which were complete by about 56 days post-fertilization.”

Live Action News has detailed how the fetal heartbeat can be detected very early into the pregnancy. Up until now, it was practically undisputed that a heartbeat exists in the human embryo. Even expectant mothers have posted video and audio of their babies’ heartbeats. What changed? The weaponizing of language, meant to dehumanize. The agenda is obvious. And sadly, the media believes and parrots exactly what the abortion lobby tells them. The media is anything but neutral on abortion.