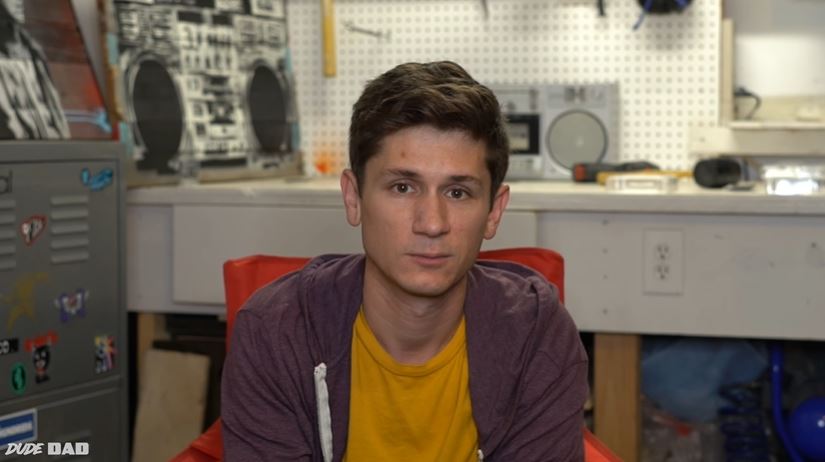 “Dude Dad” Taylor Calmus usually makes videos that have people laughing — especially parents. But a video he shared in February was a flashback to when he and his wife, who have three children, were expecting their second baby. And though the video ends on a happy note, it takes a heartbreaking look into how doctors often deliver the news that a preborn baby may have a health condition. It’s never a positive experience for the parents, but doctors must start working harder to try to make it less traumatic.

Calmus explained that during their second pregnancy, his wife Heidi underwent the typical bloodwork to check for certain health conditions at the 14-week mark of pregnancy. They were told no news was good news, but then they received a phone call asking them to come in for more testing because there was the possibility that the baby had a health concern. Like most parents who receive this phone call, the couple went to Google and spent “every waking moment” before their next appointment reading all of the conditions that their baby might have — including conditions that were considered “terminal.”

When they arrived at their next appointment, they were taken into a room with a table that held only a box of tissues. The specialist came in and began to talk to the couple about their family health histories. The mood wasn’t positive or hopeful.

“And basically you just sit there going through how people have died,” he explained, “which really lightens the mood.”

Next, he said the doctor pulled out a “giant folder” with the lab results and showed them what they found that was concerning. The baby’s AFP or Alpha Fetoprotein levels were high and the doctor explained that this could mean a number of things, but strongly pointed to spina bifida. She said it could simply mean the baby needed surgery or it could mean that their baby was going to die.

“And the thing about this whole process is it makes you ask questions that make you question your own morals,” said Calmus. “Heidi and I personally would never terminate a pregnancy, but you start to wonder… if it has all these crazy issues, would it be better if it didn’t make it at all? Which makes you feel like a horrible person even just thinking about that, but that’s what you think.”

It was only after scaring the couple and causing them great grief and anxiety that the specialist took them to another room to perform an in-depth ultrasound to determine if the baby actually had any of these health concerns.

“And the minute she starts the machine, there is a crystal clear image of our baby on the screen. And all of those thoughts just disappear. Everything disappears and there’s just nothing. You just don’t see, you don’t see anything but perfection,” he said through tears. “And you don’t care about all the hardships that could come or any of that. All you see is your kid, your baby. And nothing else matters.”

After 10 minutes, the doctor informed the couple that everything was fine. The baby was the right size and the right length and there were no issues at all. The couple went home relieved, but the stress that they had experienced will likely always remain because an ultrasound was performed only after the doctor walked through the family histories and discussed all of the frightening possibilities.

These parents didn’t have to face their worst fears. They didn’t have to wonder, like so many parents have been wrongfully and callously forced to wonder, if their baby was better off dead — because the answer is no. No child is better off aborted, and as soon as he saw his baby on the screen, Calmus remembered that.

But what if the tests had been accurate? What if the ultrasound had showed that the baby had spina bifida? Would it have mattered to the doctors that surgery is now available in utero for even the most severe cases of spina bifida? Or would they have failed to offer any hope and pressured the parents to have an abortion anyway? It’s a story told time and time again: doctors pressuring parents to abort multiple times during the same pregnancy, and parents giving in to the pressure only to later learn their baby was healthy. Other parents stand up to the pressure but have still experienced trauma and grief because of it.

Parents are now expected to choose a violent death for their own preborn child because of a diagnosis — something they would never be expected to do with a born child. Rather than being told to choose if their baby is going to die or not, which goes against every parent’s instincts, parents should be offered hope and life-affirming options. Parents who have been pressured to abort say it was “painful,” “terrible,” and “devastating.” So why are we putting families through that?

Be Not Afraid is an organization that helps parents through such difficult diagnoses and lets them choose life no matter what odds are stacked against them. Because whether or not the miracle of healing occurs, the miracle of that child’s life is still one worth treasuring and caring for until natural death.