Women who have chosen abortion for their “wanted” children because of a prenatal diagnosis have described the decision to abort as “heartbreaking,” “gut-wrenching,” and “impossible.” But it was a decision that didn’t have to be made at all.

Often, mothers admit that the abortion decision weighs heavily on their hearts, even if they have convinced themselves abortion is the right thing. They call it “painful” and “terrible” and even “devastating.” And yet, in many cases, society pressures parents to make this “choice,” seemingly willing to sacrifice women’s mental health in a eugenic quest toward a so-called perfect population.

Now that abortion has been legal for over four decades in the U.S. and technology has allowed doctors to diagnose health conditions before birth, medical professionals have made it clear to many parents that the expectation is to abort a child with a prenatal diagnosis. Most often, this expectation is put forth without giving parents the opportunity to secure proper health care for their child and without even speaking to an actual expert on the condition. Sometimes an abortion is carried out without any actual verification that the child does indeed have the condition doctors suspect, while the baby had been healthy all along. Doctors, friends, and family have been known to suggest that parents discard their “damaged” child for a new one — a “do-over.”

When Hannah Sudlow learned her preborn daughter had Trisomy 18, a doctor scheduled an abortion for her without her consent. Imagine it: Happily expecting your new baby when a doctor hands you devastating news that she has a health condition or a disability or worse — that your baby will likely die at birth. Immediately after being dealt with such an emotional blow, you are offered an abortion as if it will save your family from heartache and suffering. In fact, abortion is recommended and even pushed on you. Maybe you’re told it would be selfish of you to keep the baby, or that abortion would be an act of compassion. You don’t know what to do and a “heartbreaking” and “impossible” choice looms before you. But it shouldn’t.

No one should be asked or told to choose between life or death for their own child, yet society pushes the expectation that “imperfect” children should be killed before birth. 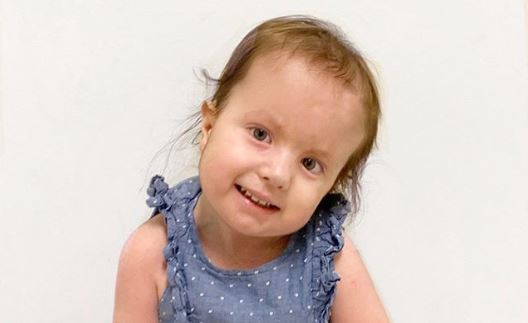 When it comes to born children, however, parents are expected to do the opposite. They are expected to fight for their child’s life and do everything possible to help them. If a born child was diagnosed with a serious health condition leading to suffering and death and the doctor advised killing the child rather than treat him, it would understandably be an outrage. While parents facing prenatal diagnoses are expected to kill their preborn children, families of children facing diagnoses after birth are often the recipients of fundraisers, events named after them, and even non-profit organizations created in their honor.

The double standard is glaring.

Abortion advocates argue that the choice of abortion must exist because no one should “force” a woman to do anything — the so-called “freedom to choose.” But abortion is too often a coerced or pressured “choice” made by a desperate woman. It is a weight too heavy to bear, and pushes many women who choose it down a path of depression and regret.

The idea of closure in such a diagnosis cannot be downplayed. The opportunity for parents to treat their child as a person of value and as a member of their family is crucial. While a family losing a child at birth will still suffer heartbreak, they will not be faced with additional guilt for intentionally causing their child’s death.

Those who promote late-term abortion for children with fetal anomalies are perhaps unintentionally sending the message to these parents that their children are better off dead than accepted and loved. Instead, society should be welcoming babies despite any diagnoses. Doctors should connect parents to resources and to other mothers of children with the same diagnoses, if possible. Help and support should be given to the families and their children, not an offer of induced death.

No parent should ever be coerced into choosing death for their child. Every human being, regardless of diagnosis, should be treated with dignity, both in and out of the womb.