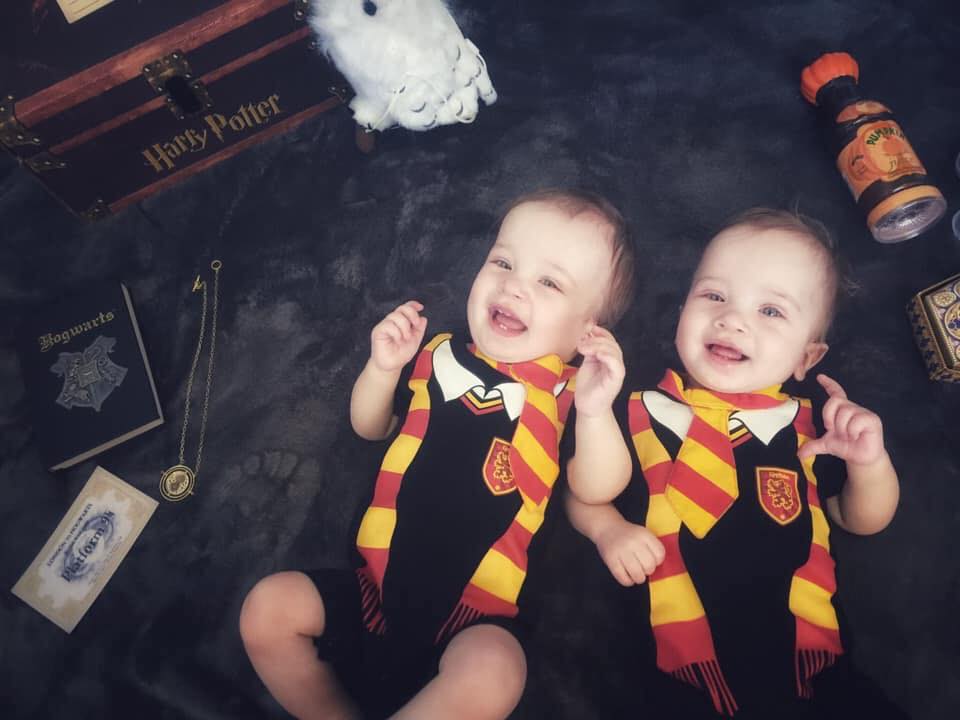 Lauren Ashley had wished for twins, but when she and her husband learned they were expecting their first child, she never really expected it to happen. But shortly after her dream became a reality, doctors nearly shattered it when they diagnosed one of her twins with a life-threatening health issue… and offered to abort one or both twins immediately.

At eight and 11 weeks, Ashley experienced some bleeding and was terrified she would lose her babies. But ultrasounds revealed the babies were doing well. Because she was having twins, Ashley had an appointment scheduled with Maternal-Fetal Medicine, which deals with high-risk pregnancies. Right before that visit, she had a heavy bleed, but still, the babies were fine. She was diagnosed with a subchorionic hematoma and was told her babies would be okay. They were so excited to tell their friends and families they were expecting twins.

“I felt so incredibly happy,” Ashley said in an essay for Love What Matters. “When we got called into the doctor’s office, we had no idea what was coming. She walked in and said, ‘One of your babies is behaving beautifully!’

“‘Wait, did she say ONE of my babies? What about the other?’ I thought to myself. My heart began to pound in my chest.” 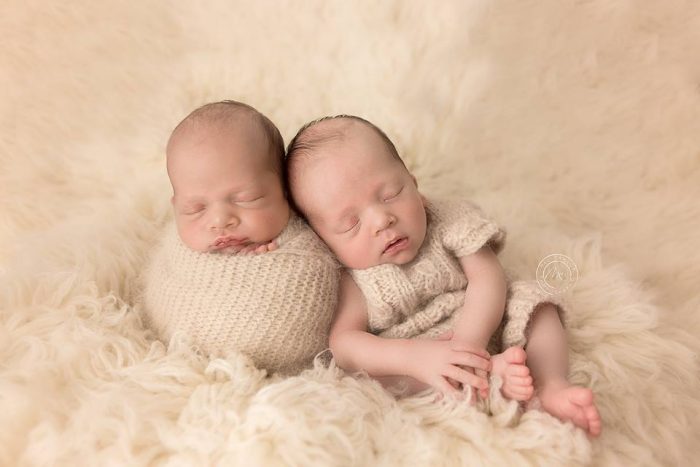 The doctor said one of the babies had an encephalocele. His skull hadn’t formed properly and there was a large cyst full of fluid on the opt of his head and brain. Doctors predicted that his brain would grow into the cyst and that he would likely die. If he did live he would have “serious mental and physical disabilities.”

That’s when the doctor gave the couple their “options.”

READ: She was going to get an abortion, but ‘miracles’ saved her twins’ lives

“Our first option was to continue on with the pregnancy with very close monitoring,” said Ashley. “Because of the type of twins they were, this would put Twin A in danger too. The boys shared a placenta, so if one twin were to suddenly pass away, the other twin may also not survive. Our second option was to surgically terminate Twin B, which could also cause a miscarriage of Twin A. Our third option was to terminate both twins. We even had the option of terminating then and there if we couldn’t handle any of it.” 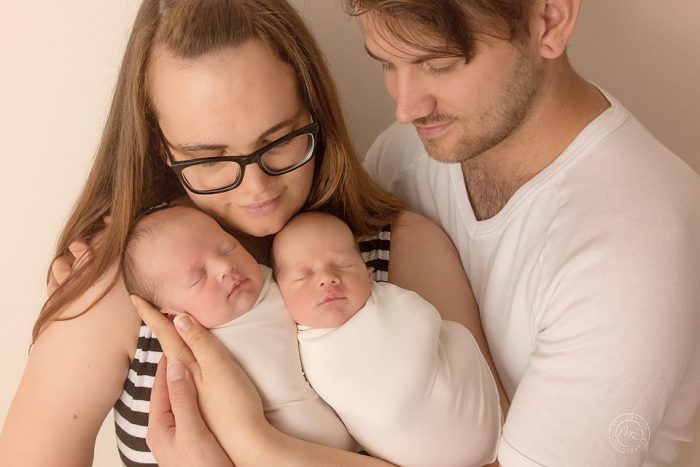 Ashley felt numb and her husband cried. The life they were planning for seemed to be fading away. They left the appointment that day with another ultrasound planned for three weeks later. Though the couple planned to discuss the options placed before them, they didn’t talk about it much. “I think I built walls up so I couldn’t feel the pain of what we were going through,” said Ashley. “I didn’t let myself get attached to my babies. […] I didn’t want to share my news.” She tried to hide her bump, but eventually, she couldn’t.

“I didn’t get to tell any of my friends or family in an exciting way,” she said. “It was, ‘I’m pregnant with twins but…’ There was no excitement of being able to surprise people. No Facebook post to share my exciting news. There was just nothing. That all got taken away from me.”

The couple hadn’t made a decision by the time the next appointment came around. As she prepared herself to see her baby’s brain growing out of his skull, the doctor silently scanned her babies. “But when I looked, I could see his brain sitting perfectly inside his skull,” said Ashley. “I definitely wasn’t an expert, but I couldn’t see the cyst anymore.”

Her doctor saw the same thing… and went to get another doctor, and another, and another. The room filled with doctors, none of whom could find the encephalocele. The doctor told Ashley that her baby’s skull was perfectly formed. There was no fluid or cyst. She couldn’t explain it and had never seen an encephalocele disappear. They were concerned, however, that the baby had Down syndrome. “[B]ut that was the least of my worries,” said Ashley. 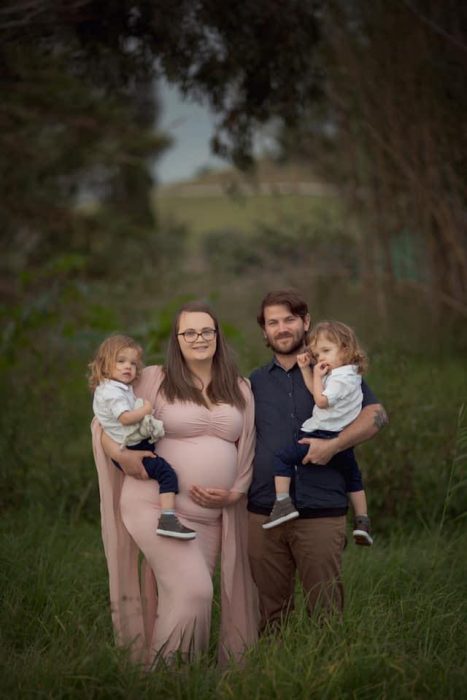 The couple moved forward with hope and doctors closely monitoring the pregnancy, but Ashley didn’t allow herself to feel joy. She was afraid the doctors would give more devastating news if she let herself be happy. Then she underwent an MRI for Twin B’s brain.

“Our doctor came in and I held my breath as she started talking,” said Ashley. “‘Both your babies are perfectly healthy,’ she said. I couldn’t believe our luck. Both our twins were fine. They still couldn’t really explain what had happened. They were certain he did have an encephalocele at that first scan. Now, by some miracle, it had disappeared.”

Twin brothers Alexander and Harry were born by C-section and both were healthy. Two years later, they are both happy toddlers and have also become big brothers. Twin B was named Harry after the character of Harry Potter, who is known as “the boy who lived”… and Harry is their boy who lived.