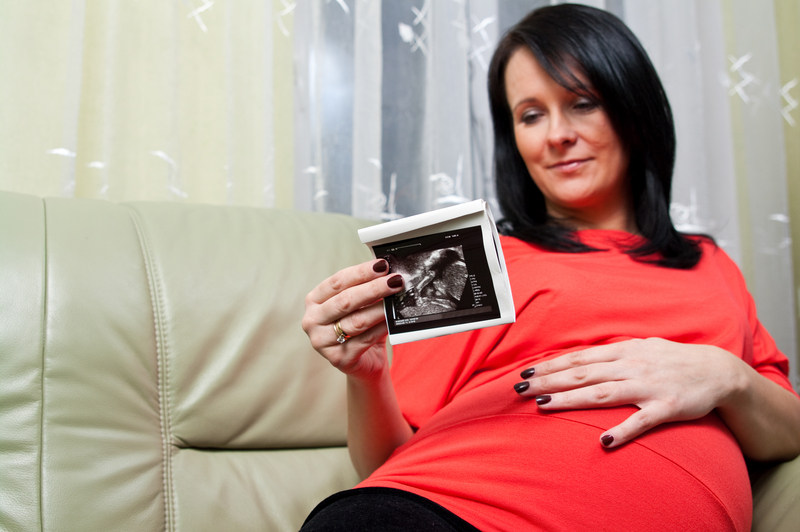 Rolling Stone’s recent article detailed seven “lies” about abortion. You can read my article debunking “lies” one through three here. 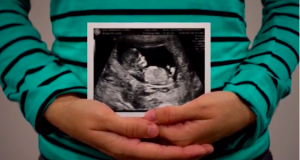 4. Once a woman sees an image of the fetus from an ultrasound, she won’t want to have an abortion.

Rankin claims: “viewing an ultrasound doesn’t stop women from having an abortion. Not even close.”

Of course, the study cited is one in which a majority of women who viewed ultrasound images of their babies still decided to go through with their abortion. What’s not mentioned in the cited article is what the women were told while they viewed their ultrasounds. Were the images of their unborn children explained?

Were the heart, lungs, and face of the baby pointed out? Were the women allowed to listen to the heartbeat as well? The study was conducted at a Planned Parenthood clinic. We already know what kind of misinformation Planned Parenthood gives women. In fact, “Leading embryologists have denounced Planned Parenthood’s conduct caught on tape as ‘erroneous and scientifically absurd.'”

It’s a blatant lie to say that “viewing an ultrasound doesn’t stop women from having an abortion.” Other legitimate statistics aside, even the study Rankin cites agrees that some women do change their minds. It’s a fact that ultrasounds change minds – even at Planned Parenthood.

Of course, it’s not common for Planned Parenthood to allow women to see ultrasound images at all, because they know the impact these images – and the sound of a little heartbeat – can have:

In most cases, when ultrasounds are performed, women are not shown the images unless they specifically ask to see them, and sometimes not even then. Numerous former abortion providers have attested to this, including Dr. Joseph Randall, who was quoted saying: “They [the women] are never allowed to look at the ultrasound because we knew that if they so much as heard the heart beat, they wouldn’t want to have an abortion.”

5. Abortion is psychologically damaging to women.

While Rankin would like to claim that this is bogus simply because she disputes the existence of “Post-Abortion Syndrome,” she fails to admit that even the page she cites from the American Psychological Association mentions multiple forms of psychological damage following abortion:

The Task Force found some studies that indicate that some women do experience sadness, grief and feelings of loss following an abortion and some experience “clinically significant disorders, including depression and anxiety.” 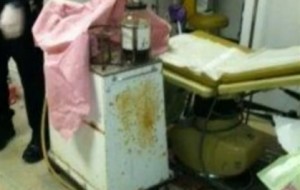 Stained equipment in an abortion clinic right next to an examination table – in one of the “more than 50” clinics that were closed down.

6. TRAP laws are really about making abortion safer for women.

Though Rankin blames the closure of “more than 50 safe abortion clinics” on TRAP laws, she fails to acknowledge what her source acknowledges – that “some of the 54 closures were due to unrelated factors.” She also fails to provide any proof that all of the closed clinics were actually safe. This is especially suspect when some of the clinics closed during the time period mentioned were horribly unsanitary, disgusting, and “dangerous to human life” – clinics like this one.

It should go without saying that if you don’t support making hallways wide enough for stretchers and emergency personnel to easily maneuver, and if you don’t support requiring abortion doctors to have admitting privileges at local hospitals (so they can treat their patients in emergencies), you probably aren’t the biggest proponent of women’s safety.

It was the choice of the abortion industry to locate their profitable abortion businesses in older buildings that would never pass muster for other outpatient surgical centers…It was their choice to ignore the laws of any given state on building requirements for outpatient medical facilities — set by that state in line with a national standards board, not AUL — and choose locations that were not as safe.

Rankin can claim all she wants that abortion is not deadly as long as it’s safe, but the problem is that it will never be completely safe. Abortion is unnatural and inhumane, and it often harms women. Take a look at these accounts:

So, we discover that these “seven lies” are not lies at all. It’s impossible to claim that something is a lie when your own evidence amounts to nothing more than lies and deceptions. Perhaps those interested in the real facts about abortion should study truly researched opinions like this fascinating paper.