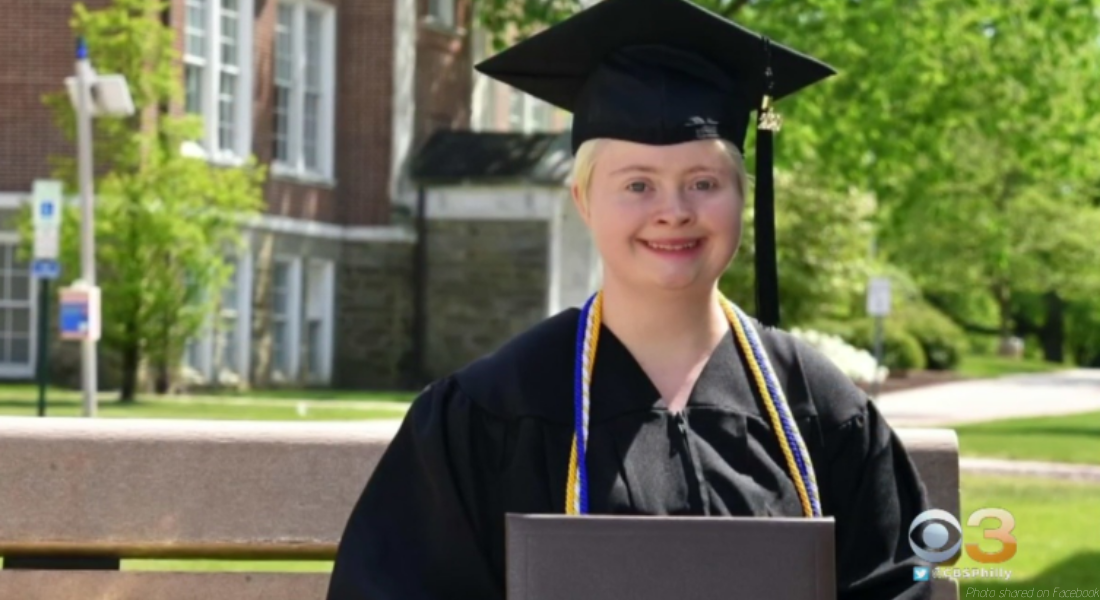 According to her mother, Rubright has always had drive. “She thinks for herself and does her own thing,” Lin Rubright told CBS Philly. “When she decides to do something, she goes all the way.” And for Rubright herself, there was no doubt she would finish her degree.

“I’m a rule follower and I stick to that rule,” she said in an interview CBS Philly. And she did well, too; Rubright graduated with a Bachelor of Arts in radio, television, and film, as well as a minor in journalism. Her GPA was an impressive 3.426. But it’s entirely in character for this trailblazer.


Rubright fought back after a movie theater discriminated against her and her boyfriend, who also has Down syndrome, and worked with theater staff on better training their employees when it comes to people with cognitive disabilities. She also worked with the National Down Syndrome Society to help improve life for other people with disabilities, saying, “Being a part of the 200+ advocates on the hill meeting with elected officials was inspiring and powerful. This example and experience gives us fuel to come back home, roll up our sleeves and get to work.”

While she was going to school, she also held a part-time job, competed in numerous sports with the Special Olympics, was active in college Peer Assisted Learning Strategies (PALS) program, and created a PSA for World Down Syndrome Day, which went viral.

Both Rubright’s mother and people around her have been inspired by how hard she works to accomplish her goals and her dreams. “She wanted to go to college like her friends and she wanted to make that dream a reality,” Lin Rubright said, “so she did. I just think that sometimes that her dedication inspires the rest of us.”

New Jersey Senate President Stephen Sweeney, who was the commencement speaker for the university’s graduation ceremony and has a daughter with Down syndrome, was another person impressed by Rubright’s resume. “Anna Rose proved everybody wrong,” he said to CBS Philly. “Just don’t look at the person and say they’re disabled and they can’t do anything. Look at Anna Rose and look at what they can do.”