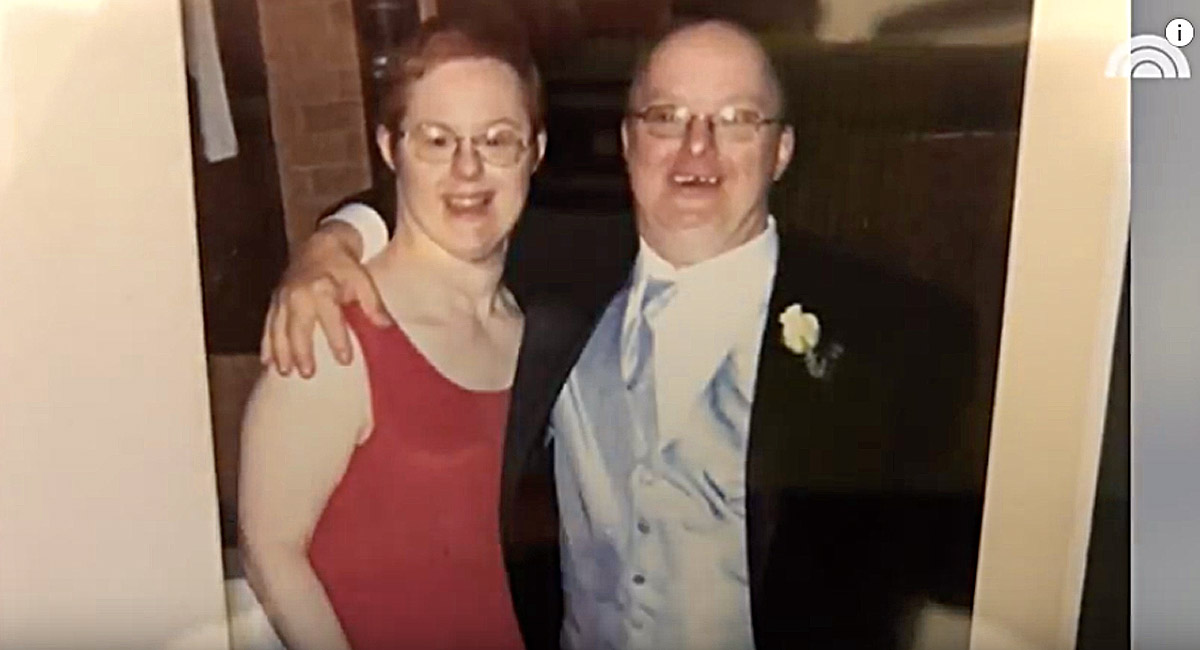 A man with Down syndrome who fought for his right to get married has died at 56, after 25 years of marriage. Paul Scharoun-DeForge married his wife Kris after they met in the 1980s, and became engaged in 1988. In 1993, they were finally allowed to get married, and shared a happy union until Paul died last month of early-onset Alzheimer’s.

Paul’s mother Lorraine was originally told not to expect much out of her son with Down syndrome. She told the Buffalo News that doctors advised her to drop him in an institution and then leave. Instead, she took him home, where he grew to lead an incredible life, with his seven siblings, a loving wife, and rewarding jobs. But his journey to marital bliss was not an easy one; the state of New York originally would not allow Paul and Kris to get married, requiring them to prove they could consent to marriage, even making them pass tests measuring sexual knowledge, feelings, and needs. But for them, it was worth it.

“He made me laugh,” Kris told the Washington Post. “I looked into his eyes and saw my future, and that’s when I proposed to him. … He said yes.” And despite the obstacles that kept them from marrying, they never gave up, which Lorraine said benefitted more than just the two of them. “What they did cleared the path for other couples,” she said in an interview with the Buffalo News after Paul’s death. “He opened up my world,” Kris said.

They lived together in an apartment until Paul became ill and had to move into a nursing home, but they still spent as much time together as they could. They had dinner together every Sunday, and when Kris was hospitalized with pneumonia, Paul came to visit her, surprising her with a vow renewal ceremony in the hospital chapel. And even as the Alzheimer’s advanced, Paul never forgot his beloved wife.

READ: First couple with Down syndrome weds in the Netherlands: We were ‘made for each other’

“Little by little, you do get used to having them less there. He was still a part of the family, but you could tell he didn’t really recognize people,” Susan Scharoun, Kris’ sister, told the Washington Post. And yet, “[w]hen he would see Kris, he would just look at her, and you knew there was that recognition.”

In March, Paul came down with pneumonia, and it ended up being fatal for him. Before he died, Kris drew him a picture of a butterfly, which Paul loved, and sat next to him, holding his hand. Paul died with his head resting on his brother’s shoulder, loved and cherished by the people around him. And though she was sad to lose her husband, she tried to think positively. “I was very, very upset,” she admitted, but added, “I think of Paul flying up in the air … and being free.”

Paul and Kris prove that people with Down syndrome lead enriching, rewarding lives, and that parents need not fear raising a child with it. The two of them shared a beautiful life together, and thanks to them, countless other couples with Down syndrome can share the same happiness they did, with lives full of dignity and love.