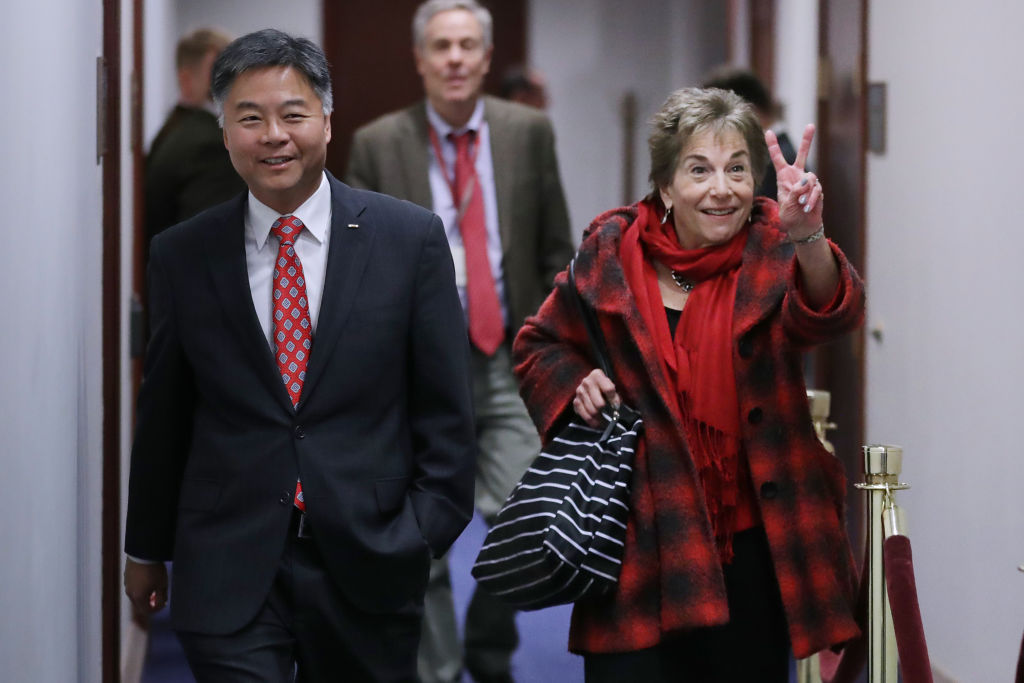 Following repeated attempts to do away with the Hyde Amendment, some members of Congress are now taking aim at the pro-life Helms Amendment, which bans foreign assistance from paying for abortions.

According to Politico, a group of Democrats led by Illinois Representative Jan Schakowsky have introduced the first ever bill to overturn the Helms Amendment. The amendment was added to the 1961 Foreign Assistance Act after the passage of Roe v. Wade, and stipulates that “no foreign assistance funds may be used to pay for the performance of abortion as a method of family planning or to motivate or coerce any person to practice abortions.” This, according to abortion advocates, is racism and white supremacy in action.

Schakowsky made some jaw-dropping claims in her press release announcing the bill:

The Helms Amendment is a policy deeply rooted in racism. It imposes our arbitrary and medically unnecessary abortion restrictions on international communities, allowing the United States to control the health care and bodily autonomy of billions Black and brown people around the world.

Just like the Hyde Amendment, the Helms Amendment puts reproductive and economic freedom out of reach for women of color. But enough is enough, and both amendments must fall if we want to realize true health equity and reproductive justice.

I am proud that my sisters Representatives Lowey, Lee, Speier, Pressley, DeGette, and Torres are joining me to introduce the Abortion is Health Care Everywhere Act, which will finally repeal the Helms Amendment. Comprehensive reproductive health care, including safe, legal, and accessible abortion, is a human right.”

In other words, Schakowsky believes it is “racist” not to spend U.S. taxpayer dollars to ensure that more “Black and brown” babies are aborted in other countries.

The representatives who joined Schakowsky in introducing the bill likewise slammed the Helms Amendment in the press release; Rep. Nita Lowey called it “shameful,” while Rep. Barbara Lee called it “dangerous and discriminatory.” Rep. Jackie Speier added, “These people would rather see women die from botched and unsafe procedures than provide basic health care to avoid 25 million unsafe abortions worldwide that lead to millions of injuries and at least 22,800 preventable maternal deaths. Where is the humanity, or even the logic, in this policy?”

Schakowsky’s bill is, in propagandized fashion, titled the “Abortion is Health Care Everywhere Act of 2020.” Abortion—which directly and intentionally takes the life of a human being in the womb—is not health care, and it is never medically necessary.

While these members of Congress claim that denying abortion and birth control to women in developing countries is racist—pretending abortion is something these women want and need—in reality, it is this very behavior that is dangerous and discriminatory. Publicly arguing that Black, Hispanic, and Asian women in developing countries specifically not only need abortion, but need it to be funded by wealthy developed nations is—as described by Obianuju Ekeocha, an African biomedical scientist—another form of Western ideological colonization.

Americans should not be forced to fund abortions against their will, yet Congressional abortion supporters continue to ignore the will of the people they claim to represent, and show their loyalty is, above all, to the abortion industry.