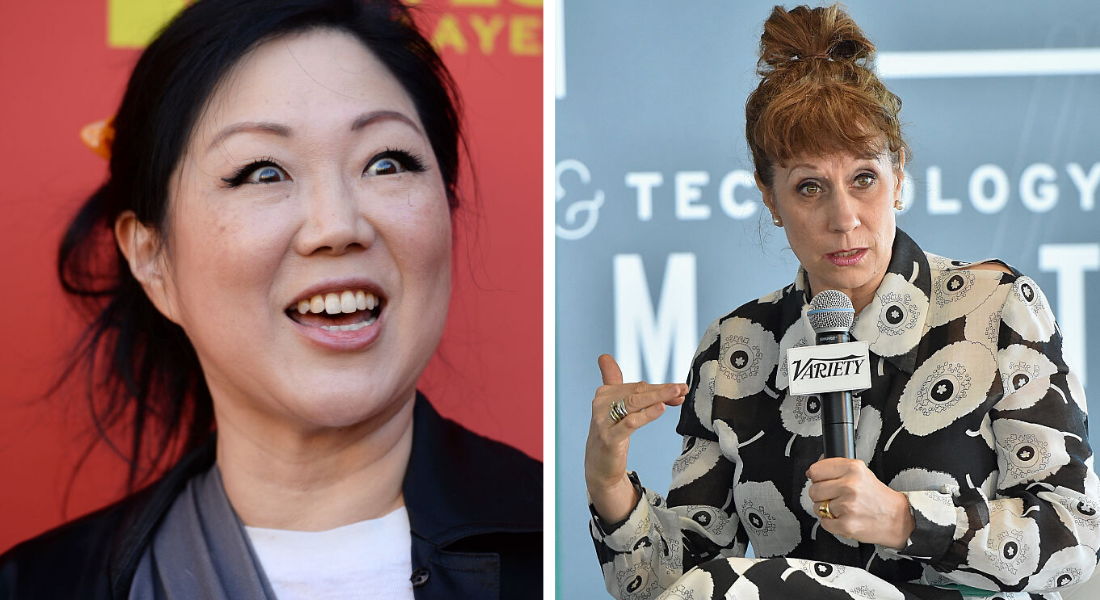 Notoriously pro-abortion comedians Margaret Cho and Lizz Winstead just released a podcast, featuring the two of them joking about their favorite abortion, comparing preborn babies to cancer, and complaining that women are expected to have emotions over their abortions.

On the latest episode of “The Margaret Cho,” Cho welcomed Winstead as her featured guest. Winstead, best known as the co-creator of “The Daily Show,” is the founder of the Abortion Access Front (formerly Lady Parts Justice League), which uses humor in an attempt to “destigmatize” abortion. During the podcast, they spoke about Winstead’s work promoting abortion, as well as a recent abortion fundraiser in which Winstead participated while others raised money for the COVID-19 pandemic.

Preborn babies are not cancer

One of the Winstead’s statements was startlingly offensive and betrayed a complete lack of scientific awareness. Speaking of pro-lifers, she said, “When they’re like, ‘Life begins at conception, I’m like A. conception is not a medical term, it’s a term that comes from the Bible,” Winstead said. “But B., like, I don’t subscribe to your premise on any level. And so, when you say, ‘What about, it’s a life with different DNA,’ and it’s like, ‘Cancer has different DNA.’”

To begin with, conception is not a “term from the Bible”; like many medical terms, it’s a word with roots in Latin. The American Pregnancy Association refers to conception. So does the Endowment for Human Development, a non-profit organization dedicated to the science of fetal development with a vow of neutrality towards bioethical issues.

Comparing a preborn child to cancer is the far more offensive statement, yet it’s unfortunately hardly unusual among abortion advocates. It betrays either a lack of knowledge towards human development or willful ignorance of it. Cancer cells do have different DNA from a person’s healthy cells, this is true; however, they’re a mutation of those cells. A preborn child’s DNA doesn’t mutate from her mother’s DNA; at the moment of conception (fertilization), an entirely new, separate DNA strand is created.

Additionally, cancer is not a living human being. A preborn child’s development will, within just weeks, result in a beating heart, measurable brain waves, and unique fingerprints.

Comparing a preborn child to cancer is an obviously desperate attempt to justify abortion when it’s clear that science is not on Winstead’s side.

Like other abortion advocates before her, Winstead tried to argue that life is completely dependent upon the mother’s feelings towards her pregnancy.

Whether a woman is excited about becoming a mother or feels desperate and scared, the biological reality is always the same. Emotions do not change science. A heart still beats, brain waves can still be measured, and organs still exist in the womb.

Winstead’s attitude matches that of late-term abortionist LeRoy Carhart, who has stated in the past that he believes “life begins when the mother thinks it begins.”

A preborn child isn’t less human because her mother is abortion-minded, has an unintended pregnancy, or fears her life will be over if she has a baby. What these mothers need is support and resources, not lies about how their babies are “blobs of tissue” or “products of conception.”

Abortion is not a joke

Both Cho and Winstead joked together about having had multiple abortions, and which ones were their favorite. “My favorite abortion was actually the abortion that I got in New York City which was the menstrual extraction,” Cho said. “It’s super easy, it required no anesthesia, no hospital stay – nothing.”

One of the most common first trimester abortion procedures is the aspiration abortion, during which an abortionist forcibly dilates the woman’s cervix, and then removes the preborn baby with a powerful suction device. The procedure is completed by using a curette to scrape the walls of the mother’s uterus.

Both Cho and Winstead complained that there is a cultural expectation that women will have negative feelings surrounding their abortions, which should, according to them, never happen. “There’s so much, like, put on a person when you go to have an abortion. Like you – you’re treated like a child. Like you’re treated like you’re going to be really upset,” Cho complained.

The simple fact of the matter is, a significant number of women do regret their abortions — even women who still proclaim their support for legal abortion. The studies claiming women don’t experience negative feelings or regret are largely based on shoddy science, and women are increasingly speaking out about the pain and guilt they feel.

Cho’s podcast was a clear example of how pro-abortion extremists are not interested in the facts when it comes to the abortion debate. But the facts are simple: abortion ends a human life, every single time. And it’s that fact that likely explains the misinformation and lies debunked in this article; were Cho and Winstead to admit that abortion takes a life, their position would be much more difficult to defend.