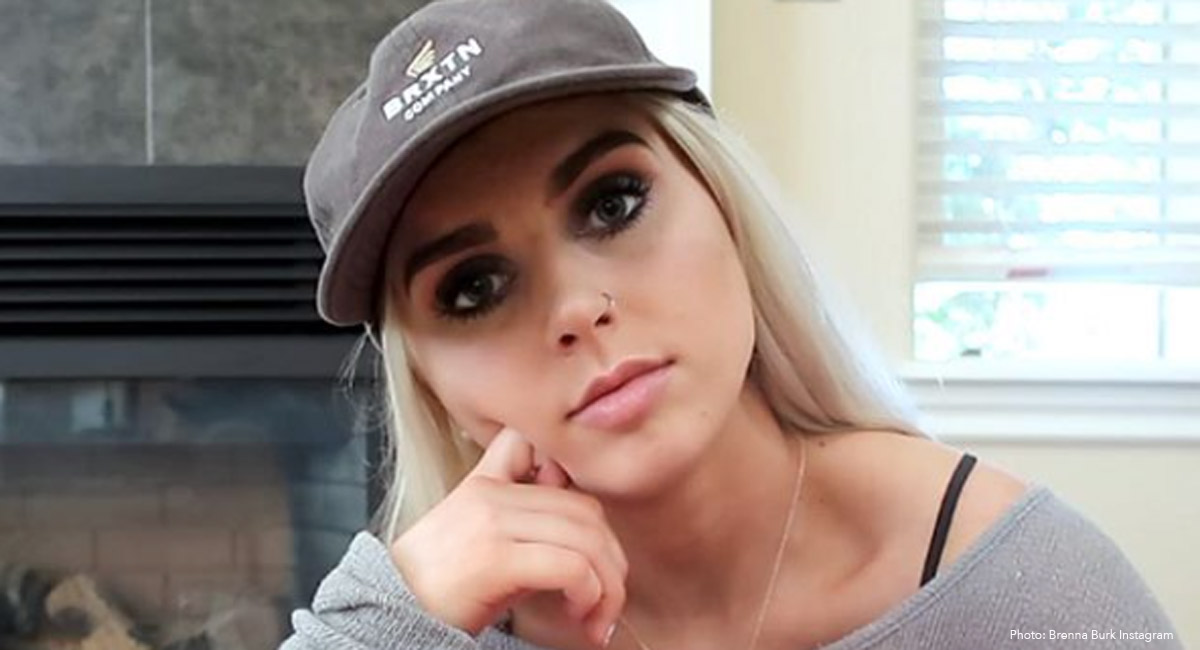 At age 21, Brenna Burk made a decision that turned out to be more life altering than she ever expected. She chose to have the Nexplanon device inserted. Nexplanon is a long-acting reversible contraceptive inserted into the upper, inner arm that is supposed to last for up to three years. But it only took a matter of weeks for Brenna to realize that something just wasn’t right.

According to The Sun, Burk, who is from Bend, Oregon, noticed some unsettling changes that grew worse over time:

[Burk]… started to notice a change in mood, tenderness in her breasts, headaches, cramping, bloating, extreme fatigue and suicidal feelings.

At first, she didn’t link these symptoms to her contraception – despite the fact that she was often left in tears for the last two weeks of her cycle every month.

As the months went by, Brenna found she was feeling depressed for longer periods, and in March this year, she tried to kill herself.

Burk’s therapist reportedly made the connection between the contraceptive device and the triggering of Burk’s symptoms. She was then diagnosed with PMDD — premenstrual dysmorphic disorder — which is, in essence, premenstrual syndrome that is severe and leads to depression or anxiety. Burk is quoted as saying that her PMDD “makes me feel extremely fatigued, sluggish, and sick…. However, I find the emotional symptoms to be the least tolerable. They are debilitating because I sometimes feel suicidal, and I always feel very depressed for two weeks out of the month. I am very sensitive and will cry over just about anything, and my PMDD once led me to even attempt suicide.”

On her Instagram page, Burk, who also struggles with bipolar disorder, OCD, and generalized anxiety disorder, discusses her journey toward becoming healthy — and her journey away from hormonal forms of birth control.

❗️BIRTH CONTROL⁉️ • For me, taking extra hormones is a biiiiig NO. I have tried nexplanon and various pills and all have made me significantly more depressed, to where I was scared for my life. It’s interesting, because some women with PMDD benefit greatly from birth control. The tough part is that you’ll never know until you try.☹️ • I was recently put on the pill pictured, lo loestrin FE. I was told by my doctor that it would be really tough in the first month, and boy was she right. I made it through a single week. When I took it, I had just gotten off my period, but I felt like I was in the worst hell week of my life. The obvious answer was to get off of it and never look back??‍♀️ • So ladies, what’s your experience with hormonal birth control?

After the analysis of the data, researchers found that “women taking the combined oral contraceptive were 23% more likely to be diagnosed with depression and those using progestin-only pills (also known as “the mini-pill”) were 34% more likely. Teens were at the greatest risk of depression, with an 80% increase when taking the combined pill, and that risk is two-fold with the progestin-only pill. In addition, other hormone-based methods commonly offered to women seeking an alternative to the pill – such as the hormonal IUS/coil, the patch and the ring – were shown to increase depression at a rate much higher than either kind of oral contraceptives.”

Live Action News also previously noted that a Swedish study “on birth control and depression in teenagers noted, ‘The use of prescription drugs for mental problems was greatest among girls who used non-oral contraceptives containing hormones, such as a skin patch, implant, or vaginal ring.'” And a study at the University of Illinois also found a link between hormonal birth control and depression.

Because of bad experiences with birth control, many women are beginning to turn to more natural alternatives which track menstrual cycle symptoms and ovulation. Women deserve to know the truth about the risks of hormonal birth control.