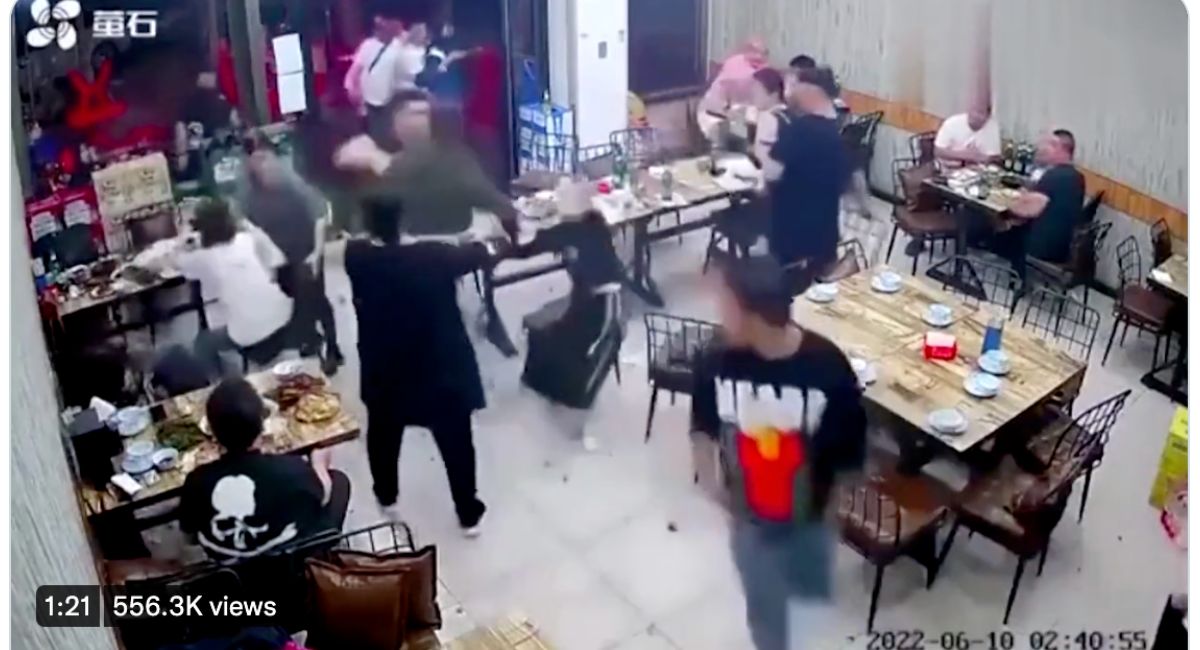 In China, women are facing yet another crisis. But one cause at the heart of it is going ignored: abortion.

The Washington Post reported that there is a growing epidemic of violence against women in China, much of it unprovoked. One woman was found chained to a shed in the middle of winter and three female students were shrugged off when they complained that male professors were pressuring them into sex. Then, four women were beaten by a group of men, merely because one of the women did not respond when one of the men tried to hit on her. The man placed his hand on her back and she pushed him away; when he reached for her again, she blocked him, and he slapped her, which began the horrifying beating. The women were punched, kicked, assaulted with chairs, and more. One was thrown onto the curb, where she struck her head.

Reuters said the footage of the attack went viral on Weibo, the Chinese social media platform. “This happened in a society where violence against women is rampant …. To ignore and suppress the perspective of gender is to deny the violence that people — as women — suffer,” the anonymous post on Weibo read.

WARNING: GRAPHIC CONTENT – Surveillance footage of men assaulting two women at a restaurant in China sparked outrage on social media. The assault featured on Weibo's most discussed topics, with state TV calling for the suspects to be severely punished https://t.co/ht3A4REKWX pic.twitter.com/JfistfWzsr

The Washington Post further pointed out that Chinese authorities did all they could to shift blame from the attacks away from men, blaming the ongoing violence on mental illness, women being unable to control themselves, and gang violence. Police detained those who tried to visit the woman chained to a shed, for example. Though the Post discussed the Chinese government cover-up and the growing feminist movement combating the violence, they overlooked the problem of abortion.

Over 40 years ago, China instituted their One Child Policy. It quickly led to discriminatory abortions, as the cultural preference for boys grew into a near-mandate. Many parents began engaging in sex-selective abortion, and a gender imbalance began to take place, with increasing devaluation of women. As the gender imbalance worsened, Chinese officials allowed certain parents to have two children if their first was a girl — but if the second was a girl and survived pregnancy, these babies were likely to be abandoned or killed. Women who got pregnant with more children than they were permitted to have were forced into abortions, often violently.

One midwife told The Atlantic in 2019, “In those days, women were abducted by government officials, tied up and dragged to us like pigs.”

Others were left in orphanages where they suffered horrifying conditions. Children were tied to chairs, unable to move, and received no affection, education, or attention. Even infants were tied down in cribs, soaking in soiled diapers. “All girls, of course,” a woman, speaking anonymously, said in a documentary. “Unless they are handicapped boys. But healthy boys are never abandoned. Ever.”

READ: Abortion and population control have led to the exploitation of China’s women

When boys are born, the documentary further explains, the parents celebrate with fireworks; when girls are born, parents “celebrate” by naming their daughters Lai-Di or Zheo-Di, which means “baby brother come,” with over six million women having received these names. Girls in the countryside are referred to as “maggots in the rice.”

Millions upon millions of girls are missing, having been aborted or killed. China has the highest suicide rate of women in the world, and human trafficking is rampant. Women and girls are routinely abducted, trafficked, raped, and then forced to bear children, largely due to the gender imbalance that exists from abortion.

So much grief, heartache, and violence can be directly traced back to the One Child Policy, and the abortions that inevitably followed. When women are seen as nothing more than tools for men to use in order to bear more men, it is not surprising that women are victimized in such horrific ways.