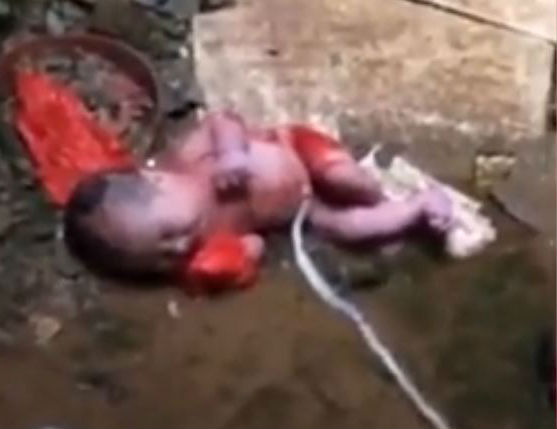 In China, human rights abuses are commonplace and notorious. The oppressive One-Child Policy ushered in widespread crimes against humanity, with millions upon millions of baby girls becoming the victims of abortion. Women who got pregnant with a second child were charged exorbitant, outrageous fines; if they could not pay them, they would be dragged off the streets and forced to endure abortions against their will. Female babies who managed to survive were often abandoned, left to try to survive the deplorable conditions in China’s orphanages. China has the highest rate of female suicide in the world.

The One-Child Policy has since been relaxed; now, China’s citizens may now be granted a license to have two children — yet not much has truly changed. Parents must still first acquire birth permits in order to have children, and the human rights abuses continue… as well as the preference for male babies. Unmarried women are still not permitted to have children. Forced abortions and sterilizations still happen.

The latest victim of this horrible mentality of death is a baby girl, thrown over a 6-foot wall in China and abandoned in a trash-filled courtyard to die.

The Daily Mail reports that the baby was found in Xiade Village in Fuzhou City’s Mawei District on Friday. She was found by villagers, amidst garbage, placenta still attached. While police have not confirmed how she came to be there, it appears that she was thrown over the wall, presumably not long after birth. 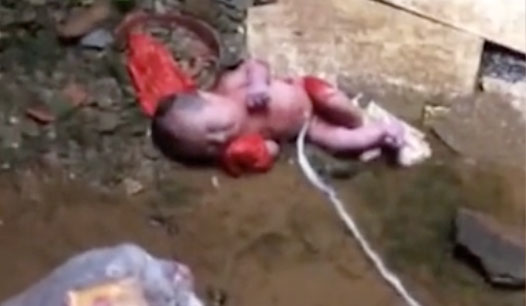 Miraculously, the baby girl survived, but she was taken to the hospital with extremely serious injuries. According to paramedics, she suffered a fractured skull, bleeding inside her skull, bruises around her mouth, and injuries to her heart and lungs. After being taken to the hospital, she was given treatment and her condition has since stabilized.

Police are now investigating, hoping to find her parents, as well as whoever is responsible for throwing her away like trash. Several families have come forward, asking to adopt her.

This little girl’s abandonment shows that China’s coercive population control policies are still having an effect on its people. Millions upon millions of baby girls have been aborted in China, more than previously expected, leaving men to outnumber women by incredible margins. And meanwhile, they’ve placed even more burdensome restrictions on adoptive families as well, giving many couples seemingly no choice but to resort to such awful measures.

Who is responsible for these human rights abuses?

Sadly, gendercide is not solely limited to China. These human rights abuses have been taking place in India as well, where a baby is aborted every two seconds, most often girls. And distorted sex ratios can be seen in other countries, including the United States.

According to the United Nations, 100 million girls are missing due to sex-selective abortions. It’s happening in the United Kingdom as well. The cultural norms that prioritize boys over girls encourage parents to kill or abandon their children if they are the “wrong” gender. And girls, whether born or preborn, continue to be at risk.