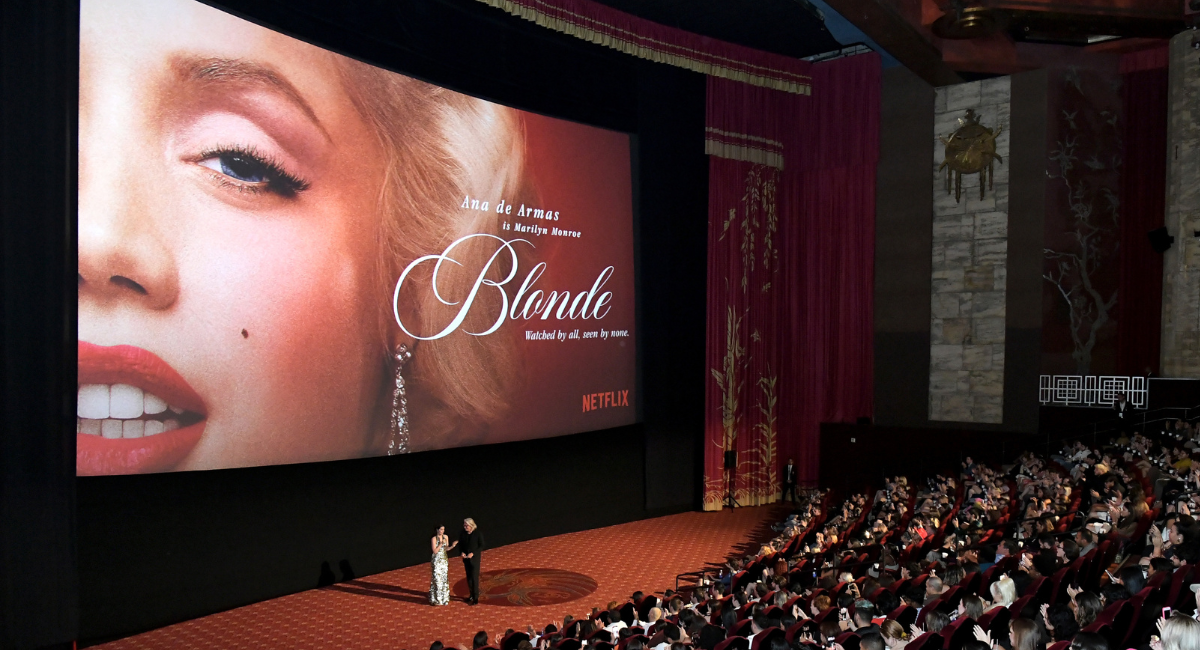 Netflix has released a controversial film about the imagined life of Marilyn Monroe. ‘Blonde,’ which stars Ana de Armas as the famous starlet, is based on a fictional book of the same name, written by Joyce Carol Oates. The film immediately courted controversy, as well as fears that it would be exploitative when it was announced that ‘Blonde’ would be rated NC-17. Now that it has been released, it turns out that it’s the movie’s take on abortion that is garnering headlines.

Writing for IndieWire, Samantha Bergeson complained that ‘Blonde’ made a pro-life statement in its handling of Marilyn Monroe’s fictional abortions. Twice, Monroe is forced into abortions in the film, both times as she fights and begs for her babies to be saved. Doctors hold her down and commit the abortions anyway, against her will.

A third pregnancy results in a miscarriage, though before that, the preborn child actually speaks to her, asking if she is going to kill him the way she killed her other children.

In reality, it’s not known for sure whether or not Monroe ever underwent any abortion, forced or otherwise. There are rumors that she had at least one, and that afterward she fell into a serious depression, which can occur after the trauma of abortion. Yet what is known is how many women during Hollywood’s so-called “golden age” were truly forced into abortions.

Women, whether they were new to the industry or were seasoned actresses, were regularly assaulted by male executives in Hollywood. And when these starlets got pregnant — whether through rape or consensual sex — studio heads would force them to have abortions. This was often due to so-called “morality clauses” written into their contracts; a woman couldn’t get pregnant, because then it would be an announcement to the world that she had been having sex. Contracts even forbade these women to get married, and even for women who were married, like Ava Gardner to Frank Sinatra, an abortion was still seen as mandatory if she wanted to keep working.

“MGM had all sorts of penalty clauses about their stars having babies,” Gardner is quoted as saying. “If I had one, my salary would be cut off. So how could I make a living? Frank was broke and my future movies were going to take me all over the world. I couldn’t have a baby with that sort of thing going on. MGM made all the arrangements for me to fly to London. Someone from the studio was with me all the time. The abortion was hush hush… very discreet.”

Part of the problem for these male studio executives was the assumption that women could not be desirable, glamorous, or seen as a “bombshell” if they were wives and mothers. And these women were expected to have abortions — whether they wanted to or not. If they fought back, as Lana Turner did, someone would hold her down and make her go through with it; in Turner’s case, it was her own mother.

Judy Garland is one of the most notorious examples of Hollywood starlets being forced into abortions. Garland got pregnant after marrying composer David Rose and wanted to keep her child, but everyone in her life — Garland’s mother, her husband, and the studio executives at MGM — thought the pregnancy would cost them too much money. Garland wrote about the experience, referring to herself in the third person:

She asked her mother, “Where are we going?”

They drove for about a half hour and pulled up in front of a dreary little establishment outside of town. Her mother took Judy by the hand, led her inside to a shabby little office. In a few minutes, David, her mother and MGM were satisfied.

It wouldn’t be the last time Garland was forced into an abortion, either. And today, women are still being forced into abortions by powerful men in Hollywood. This mindset continues, even though women have more than proved that they can have successful careers, including in Hollywood, while being mothers.

The tragedy of ‘Blonde’ is not that it presents a pro-life message. The tragedy is that the horror Monroe faced in the movie, being forced into abortions by willing abortionists on studio executives’ payrolls, is not fiction for countless women in Hollywood. It’s all too real, and yet, that reality doesn’t seem to bother people at all.