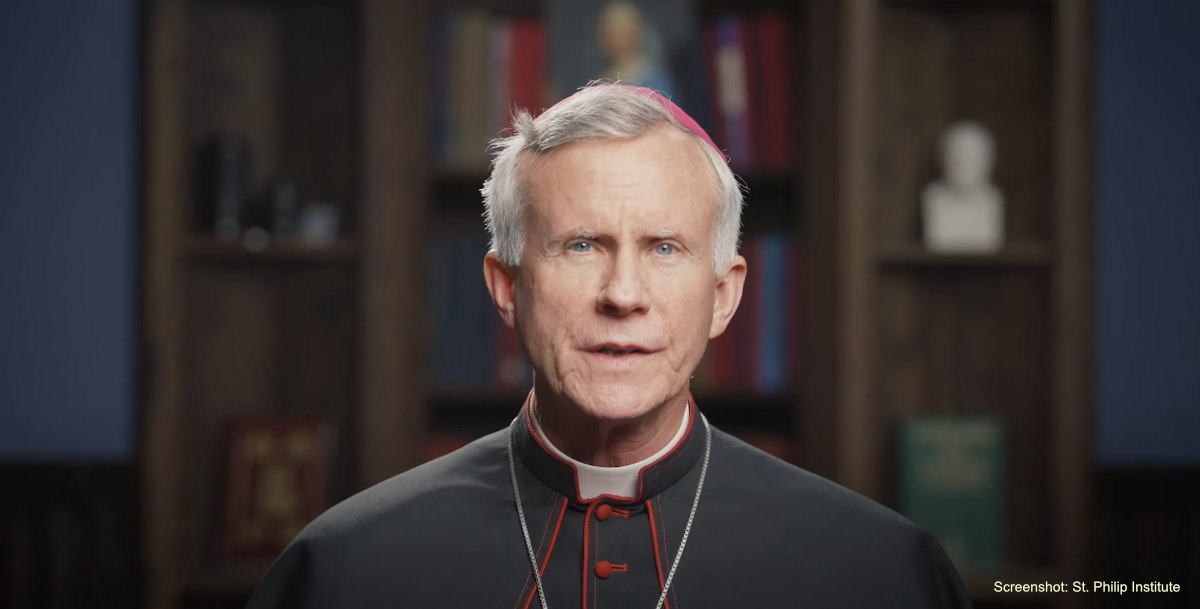 Bishop Joseph Strickland of Tyler, Texas, favors an autopsy for the five aborted children found in D.C., arguing they serve as evidence of “an atrocity that goes beyond the crimes committed in Ukraine.”

Live Action News previously reported on the babies after their discovery by members of the pro-life group Progressive Anti-Abortion Uprising. Experts have stated that the many of the babies appear to be of a later gestational age while some show potential signs of illegal abortion.

“This discovery of the discarded bodies of babies in our nations [sic] capital is an atrocity that goes beyond the crimes committed in Ukraine,” Strickland said on Saturday in a statement to Live Action News.

“How can we hope to lead the world toward peace when we are caught in the stranglehold of the culture of death in our own nation[?] We must consistently speak for the sanctity of life from conception to natural death if we want to have any hope of healing our broken world.”

His words echoed those of Live Action President Lila Rose as well as many members of Congress who sent letters demanding an investigation into the babies’ deaths. Besides their injuries, the location of the babies’ discovery raised concerns among pro-life activists. They were found outside the abortion facility of Dr. Cesare Santangelo, an abortionist seen in Live Action’s InHuman undercover investigation. In that video footage, Santangelo indicated he would not provide life-saving medical care for infants who survived his abortions.

So far, the D.C. medical examiner has declined autopsies while Mayor Muriel Bowser has focused public scrutiny on the pro-life activists – Lauren Handy and Terrisa Bukovinac – who obtained the babies in March. A timeline of the events surrounding the discovery of the babies can be found here.

The Archdiocese of Washington, D.C., did not return Live Action News’ multiple requests for comment.

READ: ‘Justice for the Five’: Key facts about the discovery of the aborted babies in DC

The activists claimed that in total, they obtained 115 aborted babies with five being turned over to the D.C. police. The remainder were buried by Fr. Bill Kuchinsky, a priest in the Diocese of Wheeling-Charleston West Virginia. During an interview with LifeSite News, Fr. Kuchinsky remarked on the sacredness of the children’s bodies and said burying them seemed like a mission from God.

“Each of us is created in the image and likeness of God,” he said. “And so… the body is the outward sign and expression of the soul. So the bodies themselves, even though the soul has departed, have a sacredness to us. And indeed, when they were turned over to me, it became a mission of mine to make sure that these babies receive a burial. It is one of the corporal works of mercy to bury the dead, and so I thought as a priest I was given the honor to make sure that these babies were afforded an honor they weren’t in life, not being able to be born.”

“And it’s kind of funny, I look back over the course of my priesthood, and we know that there are things we’re called to every day… to me it was very clear that this was a mission from God to make sure that these babies made it into a proper burial.”

Led prayer vigil outside of Washington DC Planned Parenthood yesterday afternoon. Here my friend and colleague Terrisa Bukovinac and I are together discussing the bodies of the 115 babies that she retrieved on the Day of the #Unborn Child.#Prolife#abortion pic.twitter.com/ghOaTNh5oH

Rev. Patrick Mahoney has also been outspoken about the babies and made posts calling for a full autopsy of the children. Like Mahoney, Priests for Life’s Fr. Frank Pavone also released a video from the D.C. medical examiner’s office where he called for an autopsy.