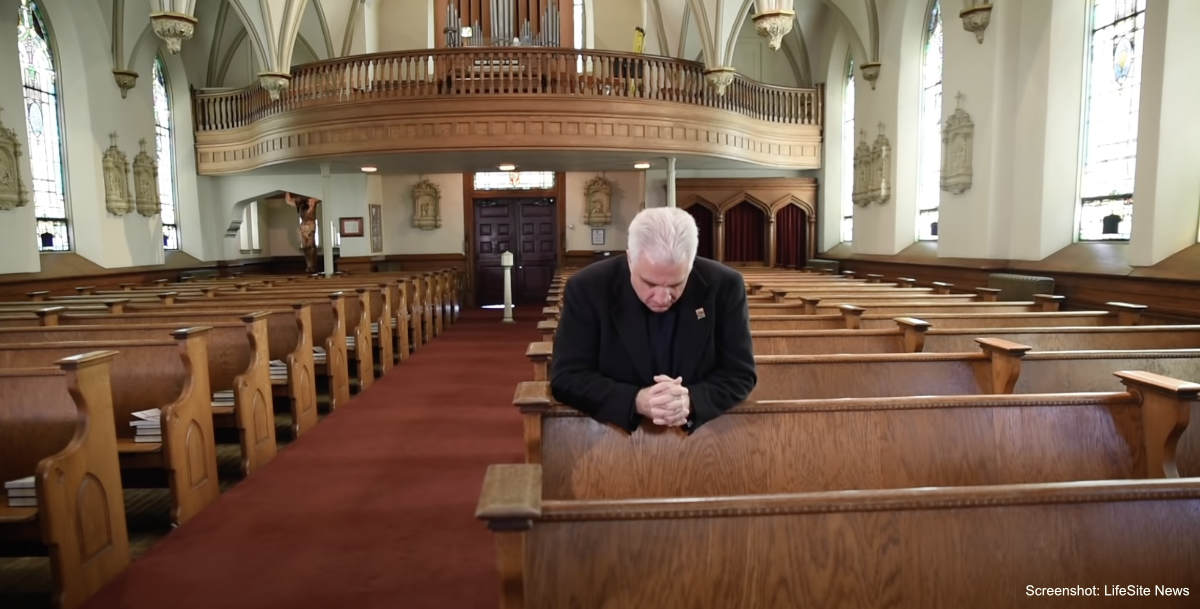 The Catholic priest who held a funeral for the remains of the 115 aborted children recently found in Washington, D.C., has spoken out about his experience. In an interview with LifeSite News, Fr. Bill Kuchinsky of the Diocese of Wheeling-Charleston West Virginia spoke of the reason he felt a proper funeral and burial was necessary and explained what he hopes will come of the tragedy.

The children’s aborted remains were discovered on March 25 by pro-life activists Lauren Handy and Terrisa Bukovinac, who received them from a medical waste truck driver. Inside a box collected from the driver, they found the remains of 115 aborted children — five who appear to have been old enough to survive outside the womb and whose injuries may be consistent with illegal abortion or infanticide. Handy and Bukovinac then arranged with Fr. Kuchinsky to say a funeral mass for the children. The remains of the 110 first-trimester children were given a respectful burial, while the five older children were held so that their deaths could be investigated. A complete timeline of the events related to this incident can be found here.

As he spoke with LifeSite News, Fr. Kuchinsky related why he felt it was important to give these babies a proper funeral and burial, saying he felt in a particular way it was a mission from God:

Each of us is created in the image and likeness of God. And so… the body is the outward sign and expression of the soul. So the bodies themselves, even though the soul has departed, have a sacredness to us. And indeed, when they were turned over to me, it became a mission of mine to make sure that these babies receive a burial. It is one of the corporal works of mercy to bury the dead, and so I thought as a priest I was given the honor to make sure that these babies were afforded an honor they weren’t in life, not being able to be born.

And it’s kind of funny, I look back over the course of my priesthood, and we know that there are things we’re called to every day… to me it was very clear that this was a mission from God to make sure that these babies made it into a proper burial.

Fr. Kuchinsky also commented that he hasn’t quite had time to process the emotions that came with seeing and handling the dead children. “I need the time to allow the Lord to work on me,” he said. “It is, it’s a horrible experience. As others have said, they’ve seen abortion imagery, but I was holding these baby parts with my own hands. The babies did not have a voice in this life, so maybe as a testimony to the sacredness of life and the evil that is going on, in the hopes that that evil might be put to an end, I did take pictures. I guess sometimes I think I’ve seen too much.”

Despite the horror and the sadness of the situation, Fr. Kuchinsky hopes that it will have hidden fruits — namely, that people will start to recognize the evil of abortion for what it truly is.

“So much that goes on with regard to abortion lies hidden, and I think that the Lord in his mercy is allowing us to see what it is we’re allowing to happen as a people,” he said. “To see it in its full horror, in order that we might repent in seeing our sins, that we might turn to him… Hopefully, these pictures and this story do not get buried, and that’s part of the reason that I’m doing this. I think that so many diversions are being put up, casting aspersions at the heroes of this story, Terrisa, and Lauren. I think the focus should be on the babies, and what can we do to make sure this evil comes to an end as a country.”