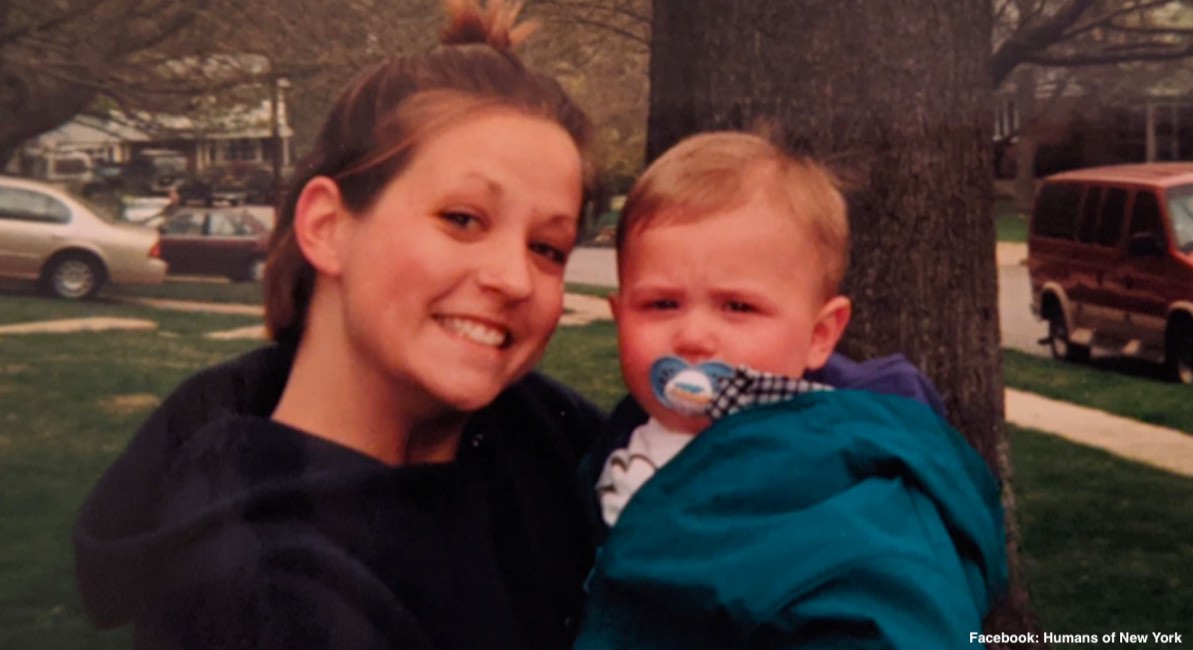 In a two-part Facebook post for Humans of New York, a woman shared her story of teenage pregnancy and open adoption, and how placing her son with another family brought her both pain and healing.

“I found out I was pregnant the day before my senior year, and my parents took me to an adoption lawyer so that we could learn about the process,” explained Missy. “She showed us a box full of folders and pictures from families hoping to adopt. I spent months looking through family profiles — but nothing felt right. I don’t even know what I was looking for. Maybe I was looking for myself in ten years — someone who would raise my son like I wished I could. The one thing I knew was that I wanted an open adoption. I wanted to be part of my son’s life. But those arrangements weren’t common back then.”

Most couples said they would send pictures of the baby as he grew up, but there wouldn’t be any contact with the birth mother. Missy understood but also felt like the adoption process only focused on the baby, and failed to pay attention to the birth mother. “I was doing this huge number on myself emotionally, and I was expected to fall in line,” she said. Then she met Kathy and Tom.

READ: Teen mom chose open adoption: ‘I wanted to make sure she knew her birth mom wanted her and loved her’

When Missy met this couple, Kathy kept thanking her for even considering them to raise her baby. Kathy and Tom were willing to not only have an open adoption, but to have Missy babysit and come over for family dinners. “[F]or the first time I felt seen,” she explained. The following day, she asked them to adopt her baby, and over the next few weeks, they spent a lot of time together. While they talked about the baby, Kathy also helped Missy work through her fears and hopes.

Baby Aden arrived a month early and Kathy was there to help, focusing on Missy through the labor and delivery, ensuring she was comfortable physically and emotionally.

“As soon as Aden was born, and they placed him on my chest, I said: ‘Please give him to his mom.’ Kathy let me buckle him in the car seat before they drove away. And I gave him a kiss, and it hurt so much,” she explained. “But I also felt so much relief. Then I felt immense guilt for feeling relief. Had I really done this for my child? Or had I done it to get myself off the hook?”

Kathy and Tom were true to their word. They brought Aden to meet Missy’s friends and were there at her graduation. They even came to see her before she went to prom. But after she headed off to college, space was put between them.

“I tried to see Aden a couple times a year,” she said. “But I was still a child myself, and I didn’t feel like there was much I could contribute. I needed more time. I needed more space. But Kathy always held a spot for me. Even when I cancelled plans, there wasn’t an ounce of shame. Instead she’d go out of her way to show concern. She’d send text after text: ‘You’re beautiful. You’re good enough. I love you.’ I was made to feel that if I disappeared for twenty years, the door would still be open for me when I came back.”

Over the years, Kathy and Missy shared their lives, even the “messed up stuff” and “flaws.” They trusted each other immensely. No one tried to be anyone they weren’t and it allowed a comfort level to exist between them no matter how much time had passed.

“Kathy raised our son into the strongest, most intelligent, most humble young man,” said Missy. “But she helped raise me too. So much of my self-worth is because of her.”

Missy now has three children and raising them has released grief from her past and from placing Aden with Kathy and Tom. The sadness she had long buried began to resurface and she has felt regret for not raising Aden herself. But rather than hide it, she talks to Kathy about it.

“We can sit down together and I can tell her that sometimes I regret the adoption. It’s not that I don’t love her,” explained Missy. “And I’m not saying that it wasn’t right — I’m only saying that I sometimes regret it. I’m always so careful with my words, because I don’t want to hurt her feelings. But Kathy never gets defensive. She never makes it about her. She never says: ‘If you hadn’t made the decision, I wouldn’t have my son.’ She mainly just listens. And then she tells me how thankful she is. Not for what I gave her. Not for the baby. She says: ‘Missy, I’m so thankful for you.'”

Birth mothers are the unsung heroes of adoption. They are often left out of the story when parents share their joy of adopting children. When women (and men) place their children for adoption, they experience a range of emotions that include deep sadness and loss. While the adoptive family is celebrating their new arrival, the birth mother is grieving, and that grief can last a lifetime. Open adoption offers families the opportunities to stay connected, grow together, and heal.