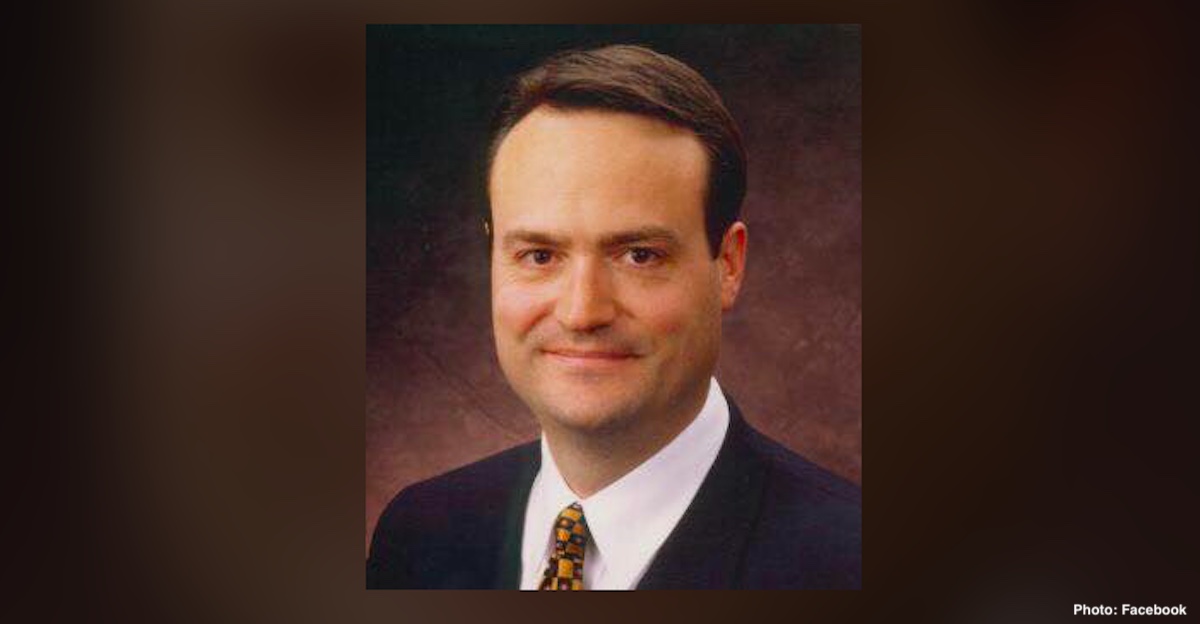 Tom Burnett is a hero in more ways than one. On 9/11, 38-year-old Burnett was aboard United Airlines Flight 93 when he and other passengers attempted to stop the terrorists who were piloting the plane from crashing into more buildings, killing more people. His sacrifice saved countless lives on 9/11 — but to one woman, it was his sacrifice 16 years prior that truly made him a hero.

While college students, Burnett, then 21, and his girlfriend, then 19, discovered they were expecting a baby. According to TwinCities.com, neither one of them considered having an abortion. He worked two jobs to pay for the medical bills associated with pregnancy, went with his girlfriend to all of her doctor appointments, went to birthing classes, and was there with her when their baby girl was born in 1985. Initially, they considered marriage but opted to place their daughter for adoption instead.

Years ago, I came across a transcript of a conversation between Tom Burnett, and his wife, Deena. Tom was a passenger on…

She was adopted at nine weeks old by Walter and Cathy Mills, who named her Mariah. Burnett and his girlfriend had stated on the paperwork that they wanted their baby to be raised Catholic and to have “as many educational opportunities as possible.” They signed an affidavit to have their names disclosed to Mariah when she was older. They wanted the chance to see her again someday.

“We’re so thankful they did what they did — gave her a life and gave her up,” Walter Mills said. “They knew themselves well enough to know it was not time for them to be parents. They both wanted her to live, and that made all the difference in the world to us. They made us a family.”

Mariah grew up knowing she was adopted. Her adoptive mother Cathy Mills said, “I explained to her that her birth parents were not ready to be parents and decided she should be with some parents who were ready. And I said she would meet them one day. We told her she could look them up, find out who they were when she was 19.”

On September 11, 2001, 16-year-old Mariah was sitting in religion class when her high school principal announced that two planes had crashed into the World Trade Center Twin Towers. When she got home that day, her mother found her curled up in her bed crying. “I think one of my parents is dead,” Cathy Mills recalled Mariah telling her.

Burnett’s name became well known after his heroic act on Flight 93, especially to people in Minnesota like the Mills because Burnett was from the state. He and his wife Deena had three young daughters, and she was one of the few people who knew about the baby he had in college. He told her about Mariah just over a month after they began dating and she was shocked because she said, “I came from southeast Arkansas, where if you had a child out of wedlock, you kept that child.” But she realized he was “struggling” with having placed his daughter with an adoptive family, and he told her he wanted to “have a relationship” with Mariah one day, adding that Deena would have “to be willing to accept that child into our family.”

Mariah turned 19 in 2004 and according to state law was old enough to request her birth certificate with the names of her birth parents. She did just that.

“I was so excited to be 19,” she said. “I had never felt like my birth parents just gave me away and didn’t want anything to do with me. I knew they did, and I just really, really wanted to find them.”

On her way home for spring break from college, Mariah called her mother to ask if the birth certificate had arrived. It had, and Cathy Mills had recognized Mariah’s birth father’s name and began to piece together who he was, and how he had died in a plane crash in Pennsylvania on September 11, 2001. She recalled reading about his wife and daughters and feeling so badly for them. Now she wondered if his wife knew about Mariah. She recalled what her daughter had said on 9/11: “I think one of my parents is dead.”

On the phone, she told her daughter that the certificate was there and that she thought one of her parents had died. Mariah called a friend and said, “I think my birth dad is dead. I think it’s that guy who died in 9/11.”

When she saw Burnett’s name on the birth certificate, Mariah told her parents, “I thought that’s who it was.”

READ: 9/11 Memorial remembers preborn children too: ‘They were who we are’

Together, the family visited Burnett’s high school and found a picture of him and her birth mother in the yearbook. They visited his grave and the crash site. Mariah was devastated. “She was just traumatized. She would never meet him. And the way he died — such a public death — yet she had no way of knowing about it at the time,” said Cathy Mills.

“I would wake up in the morning and look at myself and see… him,” said Mariah. “His face, his nose and my eyes set like his. I’d waited so long to meet him, and I was two and a half years too late.”

Eventually, the Mills family contacted Burnett’s family who said they wanted to meet Mariah. When Burnett’s sister Mary Jurgens opened the door she said “it was like looking at my little nieces all grown up. I was so excited to meet her and yet there was this deep sorrow my brother couldn’t be there. When I opened the door it was like, ‘I know you. You are part of us.'”

Since 9/11, Deena Burnett had moved back to Arkansas to be near her family to help raise the girls. On Mother’s Day 2004, Burnett’s mother called her and told her that Mariah had contacted them. She began talking with Mariah through emails. In December, Deena went to Minnesota to meet Mariah. She gave her a University of Minnesota sweatshirt that Burnett had worn, a St. Thomas Aquinas medal like the one he had with him when he died, and a letter he had begun writing to Mariah when she was about two years old.

“It was so good to see he was not one of these dads who had a kid and then just went on,” said Mariah. “He said he loved me, and it was clear how awful he felt giving me up. He said it was against his nature to be separated from his child, and he really struggled with the decision to give me up.”

Soon, Deena told her daughters that they had another sister, and Mariah met her three younger half-sisters — twins Madison and Halley and Anna Clare. One of the girls told her, “Let’s see… you have daddy’s nose and chin… ” and “You look just like me.”

The girls and Deena have all stayed connected and Mariah was able to join them for a Tom Burnett Family Foundation golf tournament at which Deena introduced her as “Tom’s oldest daughter” and said she “could not have introduced her any other way.”

“That felt so good,” said Mariah.

Mariah has also gotten to know her birth mother and her maternal extended family as well. Deena Burnett has remarried, and Mariah is a part of that family too. She said she has “a zillion people” in her life who “mean everything” to her.

“Before I was born, my birth dad made a brave decision — to give me life,” she said. “It was a selfless act, just like his actions on Flight 93. And, as awful as it was that he died, and I never got to know him, there is good that came out of this. We each sort of get part of Tom back. I get all of them and they get me, his daughter.”

Even if Burnett hadn’t sacrificed himself on 9/11 “he’d still be a hero to me,” said Mariah. “People should know what he did for me. …. He gave me a chance with a wonderful family.”