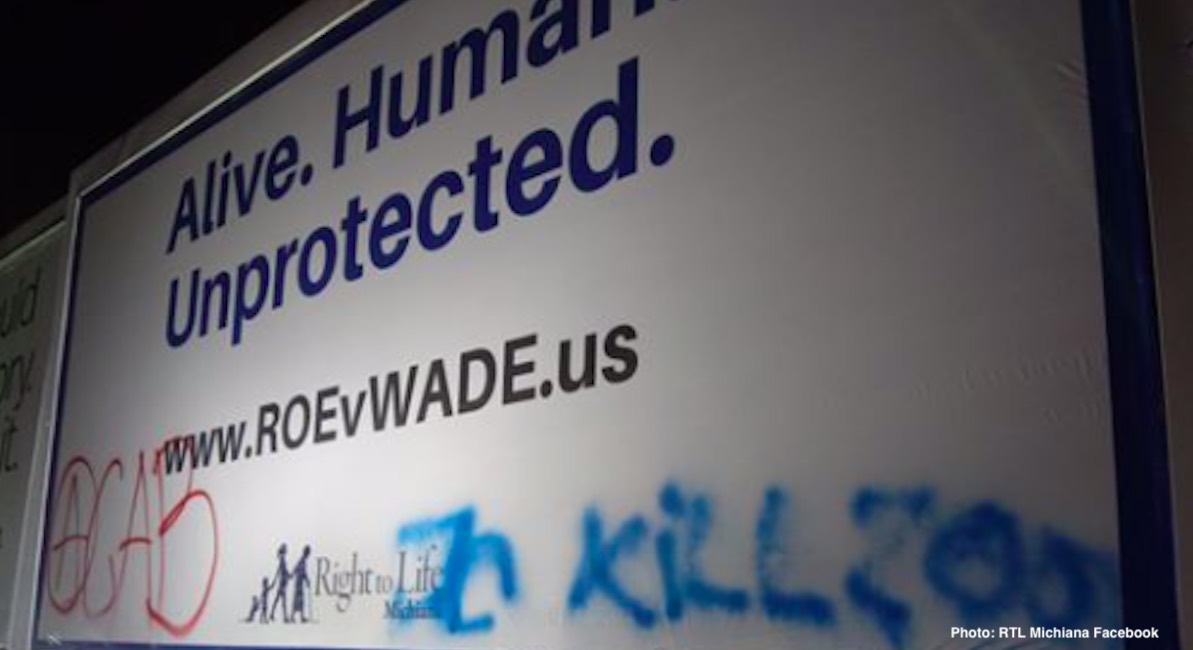 Vandalism against pro-life ads in South Bend, Indiana, seems to be ramping up. Right to Life Michiana reports that one of its billboards, located on Mishawaka Avenue and Logan Street in South Bend, was spray painted this week. The billboard was intended to draw attention to the injustice of abortion near the anniversary of the Roe v. Wade decision that legalized elective abortion in all 50 states.

The billboard as originally posted reads, “Alive. Human. Unprotected.” It includes a web address for further information about Roe v. Wade. According to Pro-Life Michiana, the billboard “was vandalized with two different tags; one was anti-police acronym ‘ACAB’ and the other was anti-life message ‘Kill 200.’”

Jackie Appleman, the executive director of Right to Life Michiana, said in a statement, “This is concerning. The vandalism is escalating from simply hiding helpful resources to promoting violence. Unfortunately, this isn’t surprising because the abortion movement is intolerant to other views and promotes violence.”

Pro-Life Michiana outreach manager Melanie Garcia said the organization will not be deterred in seeking future advertising opportunities. She said, “Nothing the abortion movement does is going to stop us. Nothing’s going to stop us from being out there and educating the public on the value of life and violence of abortion.” Garcia previously noted that local abortion groups have not condemned the vandalism.