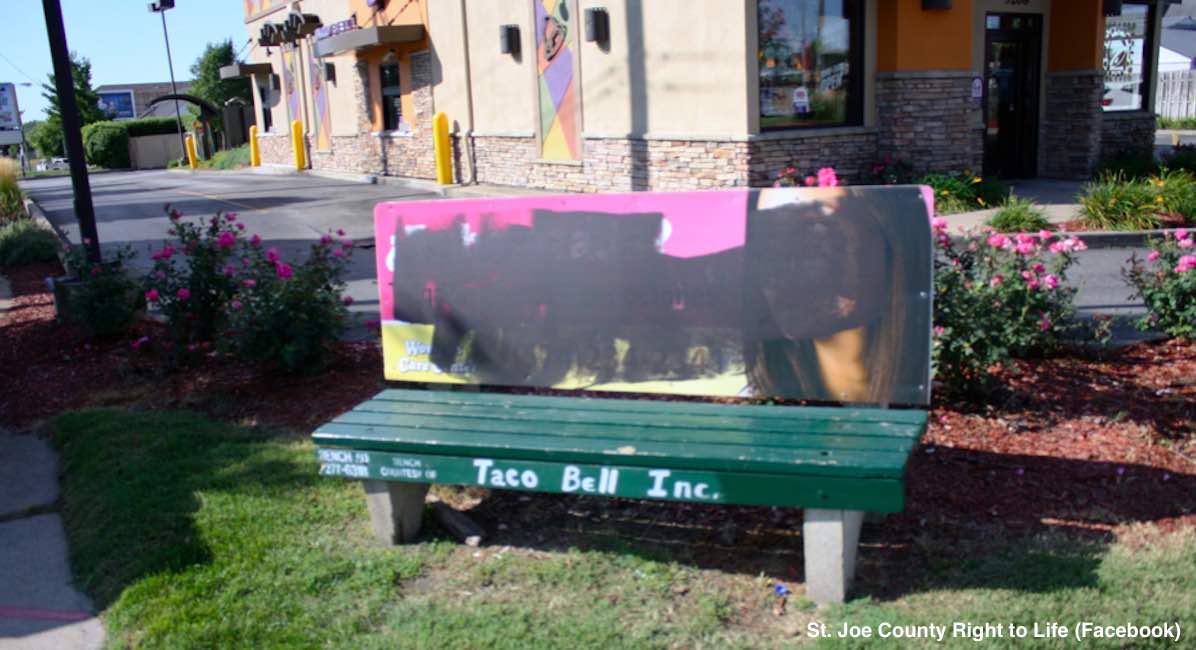 The discovery of the vandalized benches occurred shortly after news broke of the 2,246 fetal remains found in the home of former-South Bend abortionist Ulrich Klopfer. Jackie Appleman, executive director for SJCRTL, stated in an email to Live Action News, “Condemning Dr. Klopfer’s actions and sharing healing with those hurt by him should be something our community can unite around.  Instead, people are lashing out in anger against property meant to support women.  I’m disappointed this is the face of the pro-choice movement in South Bend.”

Following the news of the bodies of aborted babies discovered in Klopfer’s home, SJCRTL has received messages and phone calls from Klopfer’s patients, like Serena Dyksen, who were traumatized by the news of the discovery and wonder if their child is one of the bodies that Klopfer kept. Appleman says many of the women who have contacted SJCRTL expressed that they were coerced into an abortion decision or did not know they had any other option and that they regret the decision.

The vandalized benches were raising awareness about Women’s Care Center, a local pregnancy resource center, and offering information about abortion pill reversal, which Appleman says has already saved lives in Indiana.  Appleman said, “Women want these options provided to them.”

Appleman says, “We won’t be bullied.”  In response to the destruction, the group is currently fundraising to replace the four benches blacked out and purchase an additional bench to promote pro-life resources in South Bend.