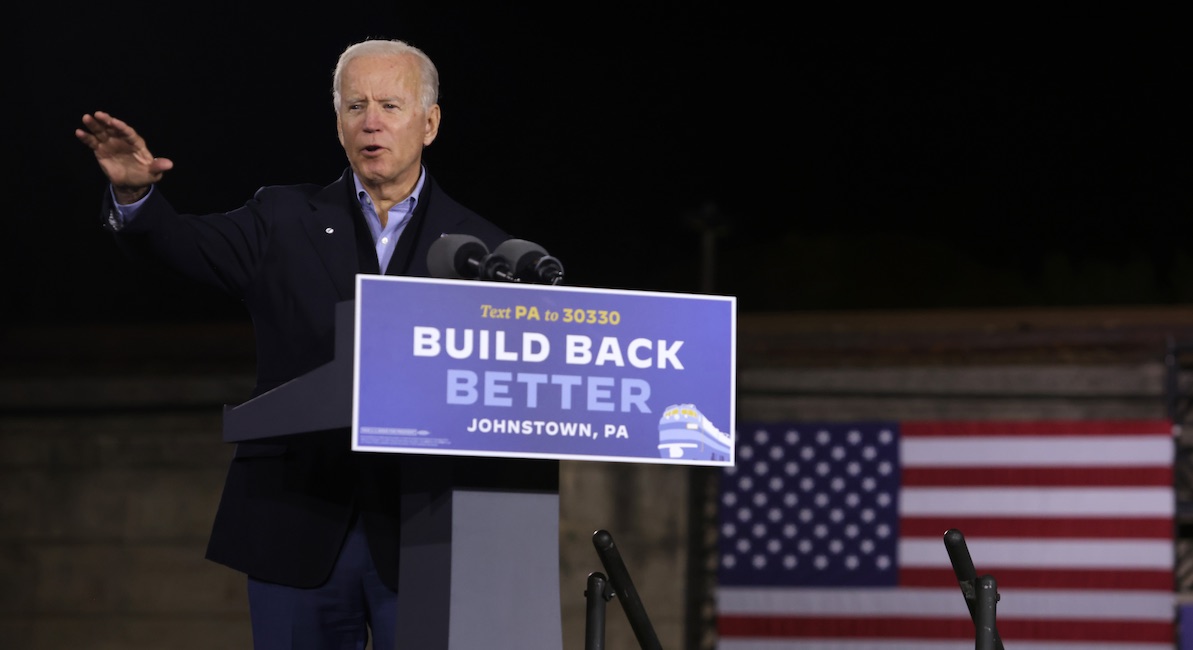 Former Vice President and current presidential candidate Joe Biden has promised that if elected, he will enact legislation to codify Roe v. Wade if Judge Amy Coney Barrett is confirmed to the Supreme Court, leading the Court to strike down the 1973 Supreme Court ruling that legalized abortion throughout the United States.

During an NBC town hall on Monday night, an audience member called access to abortion “imperative” to her earning a college degree and beginning her career. She wanted to know what Biden’s plan is to protect access to abortion in the United States.

“I knew whenever I was graduating high school and entering college that I wanted to obtain my degree and start a career before starting a family,” said Cassidy Brown. “Having access to birth control and safe reproductive health care was imperative to making that true for me. So considering the new Supreme Court nomination of Amy Coney Barrett what are your particular plans to protect women’s reproductive rights in the US?”

“Number one, we don’t know exactly what she’ll do, although expectation is that she may very well move to overview — overrule — Roe,” said Biden. “And the only thing, the only responsible response to that would be to pass legislation making Roe the law of the land. That’s what I would do.”

Roe v. Wade must remain the law of the land. pic.twitter.com/1Gq6Ncc2IK

The steps Biden would take to enshrine Roe v. Wade are unclear. As reported by the Daily Wire, “Overturning Roe would likely dismiss the idea that access to abortion is a Constitutional right, making it nearly impossible to pass a law legalizing the practice without embroiling the federal government in endless litigation.”

If the Senate confirms Barrett, conservatives would have a 6-3 majority on the court, though some justices are more unpredictable than others. If Biden should win the presidency and attempt to codify Roe v. Wade through abortion legislation, there is a high chance that it would fail in a Republican-led Senate. If a Senate majority were Democratic, Republicans could filibuster.

Notably, if Roe v. Wade were overturned, abortion would not suddenly be outlawed throughout the nation as some portray; instead, each state would be governed by its own state-level abortion laws as all states were prior to Roe.

Biden’s website lists codifying Roe v. Wade into law as part of his presidential goals, stating, “Biden will work to codify Roe v. Wade, and his Justice Department will do everything in its power to stop the rash of state laws that so blatantly violate Roe v. Wade.”