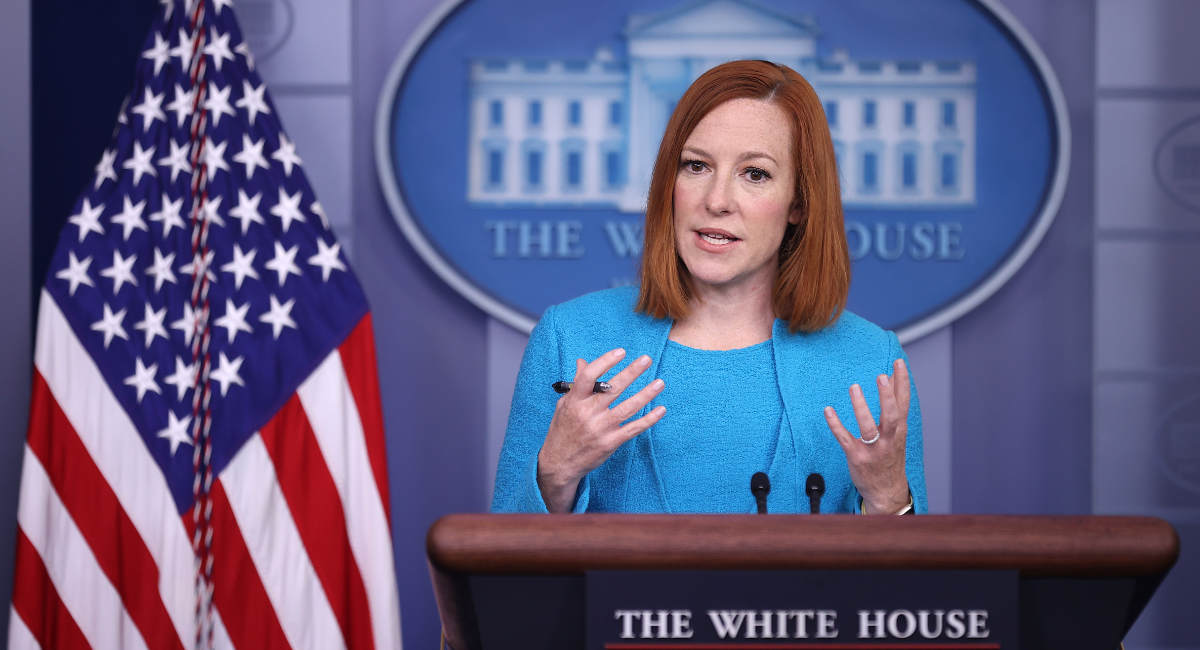 On Tuesday, White House Press Secretary Jen Psaki told reporters that the Biden administration “respectfully disagrees” with the Catholic Church’s teaching against using the bodies of aborted children for research. 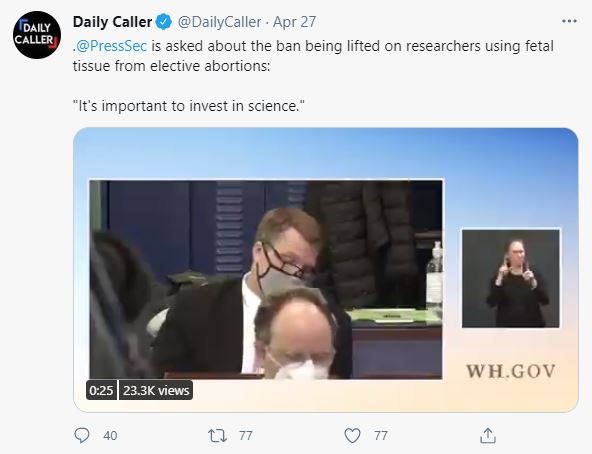 “Look, I think the White House respectfully disagrees,” said Psaki. “We believe that it’s important to invest in science and look for opportunities to cure diseases and that’s what I think this is hopeful to do.”

There is nothing hopeful about abortion or about the treatment of aborted children used for research. In order to be used for research, no feticide (such as digoxin) is used before the babies are killed. This means that their hearts have not stopped beating and they are still alive when they are dismembered in the womb or aborted intact.

In fact, Dr. Forrest Smith, an abortionist for 50 years, took the stand during the criminal preliminary hearings regarding the Center for Medical Progress’s undercover investigation into the sales of fetal body parts. Surprisingly, Smith testified in support of the pro-life organization’s investigators, David Daleiden and Sandra Merritt, admitting under oath that there is “no question” babies are being aborted alive so that their organs can be harvested for medical research.

Testimony from Perrin Larton, Procurement Manager for Planned Parenthood’s tissue procurement partner Advanced Bioscience Resources, Inc, confirmed this. She admitted under oath to seeing aborted children with hearts still beating. She said that “once every couple of months” a baby would fall out intact during an abortion and would then be dissected to obtain the organs and tissues requested by researchers.

Taxpayer-funded abortion and research on aborted babies are government-sanctioned killings. And for Biden, as a Catholic, to allow and promote both of these horrific and inhumane practices is unacceptable. The USCCB Committee on Doctrine just announced it will draft a document during its next annual meeting to clarify its position on how to handle Catholic politicians who are openly defiant of the Church’s teaching on abortion. This includes determining if these politicians — including President Biden — should be denied Holy Communion.

Pope Benedict XVI previously explained that a Catholic politician who would vote for abortion after being instructed and warned against it “must” be denied Communion and if that politician still attempts to receive the Holy Eucharist, the minister must refuse him.

Pope Francis has also made it clear that Catholic politicians who support abortion should not receive Communion. In the “Aparecida Document,” written when he was then-Cardinal Jorge Bergoglio, he wrote:

[W]e should commit ourselves to “Eucharistic coherence,” that is, we should be conscious that people cannot receive Holy Communion and at the same time act or speak against the commandments, in particular when abortion, euthanasia, and other serious crimes against life and family are facilitated. This responsibility applies particularly to legislators, governors, and health professionals.

Participation in abortion is considered a mortal sin, and Catholics who knowingly commit mortal sin and receive Holy Eucharist/Communion without first receiving the sacrament of Penance commit a second mortal sin. While a priest wouldn’t normally be aware of a person’s state when distributing the Eucharist, this is not the case for pro-abortion politicians. In such situations, any priest would be aware of those politicians who are knowingly and actively participating in the sin of abortion, and could therefore deny Communion to that politician.

Claiming to be Catholic simply does not mesh with the idea of supporting the mortal sin of abortion and then harvesting those children for their body parts, no matter how beneficial such “research” purports to be.