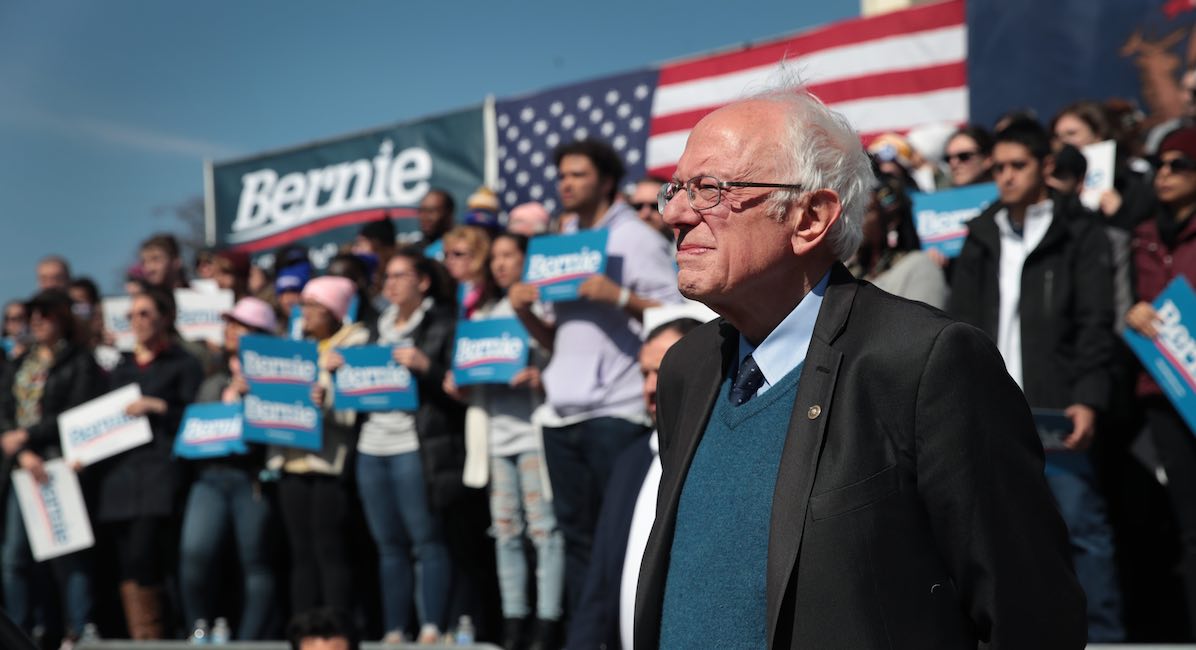 Democratic presidential candidate Bernie Sanders (I-VT) recently revealed his plan to advance “reproductive health.” Sanders believes “abortion is a constitutional right,” and if elected, he vows to codify Roe v. Wade as federal law. In 1973, the Supreme Court legalized abortion through all nine months of pregnancy with its Roe and Doe v. Bolton decisions. Here are the main points of Sanders’ plan:

First on Sanders’ to-do list appears to be the repeal of the Hyde Amendment under his Medicare for All plan. The Hyde Amendment prevents federal taxpayer dollars from being used to pay for abortions. Sanders takes it a step further, as the details of his plan also reveal that “all reproductive health services will be provided free at the point of service.”

Free abortion for all means that taxpayers will be covering the cost of all abortions committed in the United States. The same would be true for birth control, as Sanders’ plan is to provide this free for everyone as well.

Sanders wants to expand funding for the nation’s largest abortion provider, Planned Parenthood, which showed excess revenue of $110 million in its 2018 annual report as well as nearly $2 billion in net assets, and which commits 40% of the nation’s total abortions — 345,672 in 2018, its highest recorded number ever in a single year. Abortions done by Planned Parenthood have increased as taxpayer funding has increased, while legitimate health care services provided by the corporation have decreased.

Additionally, Sanders would expand funding for Title X, the family planning program which, under the Trump Administration, contained a new requirement that any organization wishing to receive federal funds through the program separate their abortion “services” from their other services both physically and fiscally. Planned Parenthood chose to withdraw from Title X rather than comply with the rule. Sanders plans to undo this rule, thereby allowing abortion businesses to once again receive the funding.

He also plans to ensure that pro-life pregnancy centers are unable to receive Title X funding. However, pregnancy centers help women facing unplanned pregnancies mainly through the donations of their local community supporters, not the federal government.

4. Restore funding to the UN Population Fund, which works to expand abortion overseas

Beyond the borders of the United States, Sanders aims to restore funding to the United Nations Population Fund, a group that works to expand abortion access overseas and has ties to China’s oppressive population control measures, such as its One-Child and Two-Child policies.

Sanders’ pro-abortion plan also includes a mission to work with abortion advocacy groups to nominate abortion-friendly judges who support Roe v. Wade in order “to undo the damage Donald Trump” has done through his nominations of pro-life leaning judges. Learn about the history of Roe v. Wade in the Live Action video below:

Under Sanders’ administration, pro-life state laws would require preclearance “to ensure that they do not impose undue restrictions and barriers for abortion services.” In other words, states would be prevented from enacting pro-life laws.

In his plan, Sanders claims that women of color are “less likely to have access to family planning resources,” and he wishes to change that. However, it is well-known that nearly 80 percent of Planned Parenthood’s surgical abortion facilities are located within walking distance of Black or Hispanic neighborhoods. As previously reported by Live Action News, data from the Centers for Disease Control shows that Black women have abortions at almost four times the rate of white women. The problem isn’t that women of color don’t have access to abortion, it’s that the abortion industry has long targeted minorities for abortion, even accepting donations to specifically pay for racist abortions. In New York City, more Black babies are killed through abortion than are born.

To ensure that children are raised under this pro-abortion agenda, Sanders also vows to ban abstinence-only sex education, taking away the rights of parents and communities to use the sexual education programs they want to use for their children.

.@BernieSanders just released a robust plan on abortion rights and reproductive justice. See it here: https://t.co/SQfVbRaGhL We've tussled in the past with the good Senator, so I am here to say this is a very solid plan on its merits. We'd love to see the same from @JoeBiden.

NARAL Pro-Choice America has given Sanders a 100 percent pro-abortion voting record, according to his website. NARAL president Ilyse Hogue tweeted her support for Sanders’ plan, calling it “robust” and a “very solid plan on its merits.” She also stated that NARAL hopes to see the same abortion-focused plan from Sanders’ fellow candidate and rival, former Vice President Joe Biden.