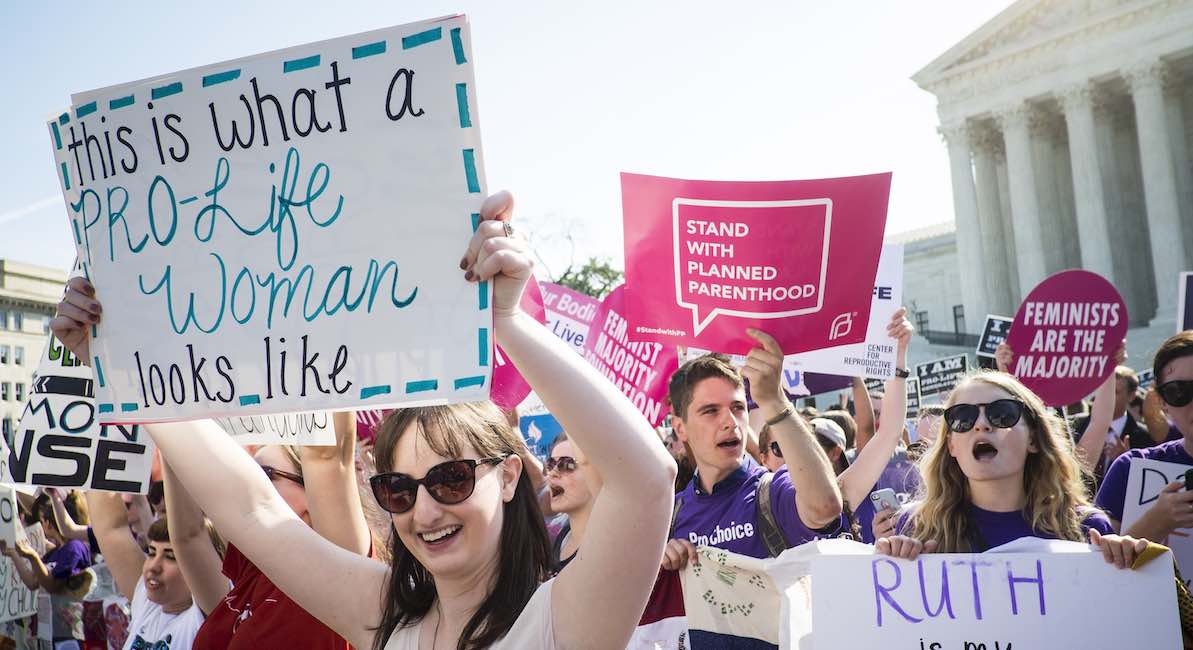 (Washington Examiner) On Monday, Planned Parenthood announced that it would withdraw from the federal Title X family planning program. The reason is that they are unwilling to comply with the Trump administration’s Protect Life Rule, which prevents Title X grantees from co-locating with abortion facilities or doing abortion referrals.

Unsurprisingly, the Trump administration’s policy received a rush of criticism from a number of Democratic elected officials. On Twitter, Massachusetts Sen. Elizabeth Warren accused the Trump administration of “deliberately obstructing low-income people’s access to basic health care services.” Similarly, Minnesota Sen. Amy Klobuchar said that “The President is jeopardizing the health of millions of people.” Illinois Gov. JB Pritzker stated that “In Illinois, we have not and will not support this gag rule.” Additionally, New York City Mayor Bill de Blasio, California Rep. Norma Torres, and Texas Rep. Sylvia Garcia, all went online to express opposition to the rule.

However, recent history from the state of Texas shows that these dire health predictions are misguided. When the Texas legislature excluded Planned Parenthood from its state family planning grants in 2011, they too faced a great deal of opposition. A Legislative Budget Board analysis predicted an increase of over 20,000 unplanned births. Similarly, a Guttmacher Institute analysis predicted that in the absence of these family planning grants, abortions in Texas would increase by 22%.

Since that time, all of these predictions have proven false. Nothing of the sort has happened. Between 2011 and 2017 — the most recent year for which data is available from the U.S. Centers for Disease Control — the minor birth rate (ages 13-17) in Texas fell by over 49% and the minor abortion rate fell by over 57%. The total number of abortions performed on Texas women, both in-state and out-of-state, fell by 24%.

Additionally, the overall birth rate has exhibited little change and there is no evidence of a sharp increase in the rate of unintended pregnancies. Overall, Texas’ experience this decade has made it clear that positive public health outcomes are certainly possible without requiring taxpayers to fork over millions of dollars to Planned Parenthood every year.

Additionally, there are relatively few Planned Parenthood clinics in rural areas. As such, making these Title X funds available to Federally Qualified Health Care Centers will expand access to care for thousands of women.

Taxpayers should not have to subsidize abortion. Defunding facilities that perform abortions is an important policy goal for pro-lifers and taxpayers generally. In addition to the Protect Life Rule, Trump has strengthened the Mexico City policy, ensuring that taxpayers are not subsidizing organizations that promote or perform abortions overseas. Even though Title X funds did not directly pay for abortions, money is fungible, and these funds subsidized abortion procedures and promotion indirectly. Furthermore, a significant body of academic research shows that subsidizing abortions increases abortion rates. Overall, Planned Parenthood is America’s number one abortion provider, ending the lives of over 320,000 innocent unborn children every year. The Trump administration’s Protect Life Rule is a key first step toward eliminating all taxpayer funding of organizations that profit from abortion.

Editor’s Note: This article was published at the Washington Examiner and is reprinted here with permission.