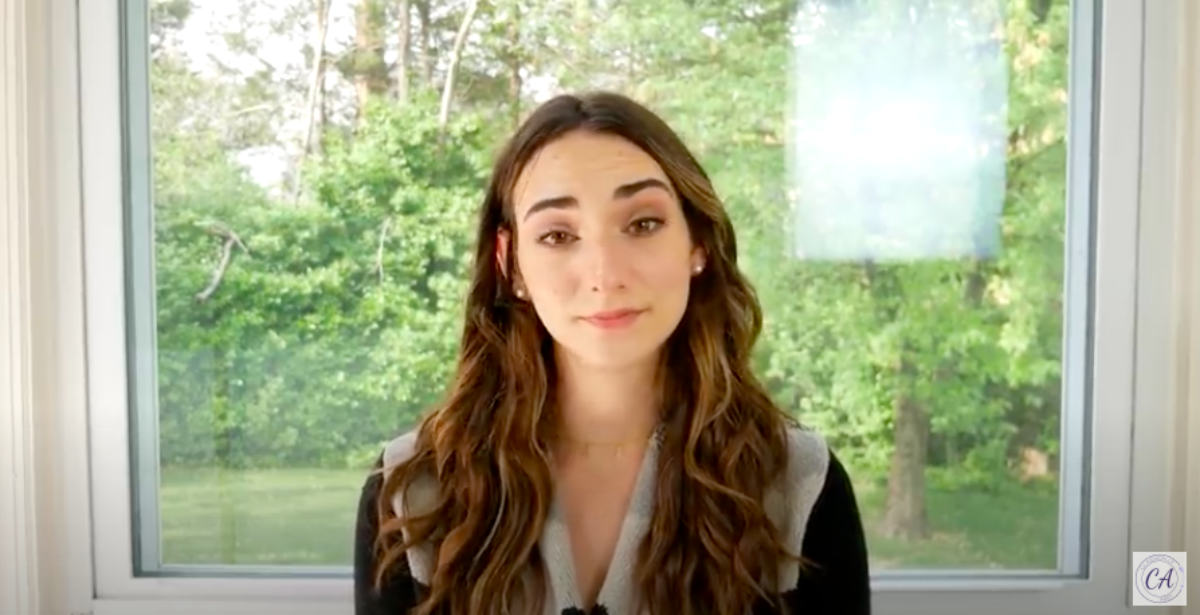 Abby Shapiro Roth, who is a trained opera singer and the creator of the Classically Abby channel on YouTube, as well as conservative commentator Ben Shapiro’s sister, posted a video reflection earlier this week about her recent miscarriage. She opened by sharing that her own miscarriage was “just a few weeks” back and said she “wanted to talk about it because for some women this can feel really lonely, and like it was your fault. And I wouldn’t want anyone to feel that way.”

She received strong support from family and friends, including her husband, and said that it helped her to know she is “not alone” because so many women have suffered miscarriages, but believes that “more women need to talk about it, so that it doesn’t feel so lonely.”

Shapiro and her husband lost their baby at 12 weeks gestation. “It was actually at 10 weeks that the baby stopped growing,” she said, her voice shaking, “and at 12 weeks we found out… We had seen the heartbeat, and I knew that the miscarriage rate dropped once you’ve seen your baby’s heartbeat. So, I wasn’t afraid. So when I did have a miscarriage, it felt like it came out of left field, and I was so not prepared emotionally for that.”

Roth said women who experience miscarriage should “stop judging [their] feelings,” no matter what they are. “Your feelings, you can feel them. They’re ok, in any form that takes… It’s an emotional grieving process, and it’s something you have to go through.” She added that grief is “not going to be a straight line… It comes in waves. I’ve been ok for a few days, and then I’m crying one night, or I wake up the next day and I’m crying the next day. It just seems to come out of nowhere, it’s not linear.”

Through tears, she said, “I consider myself a mom, even though I never got to meet my baby. Jacob [her husband] considers himself a father, even though this happened.” 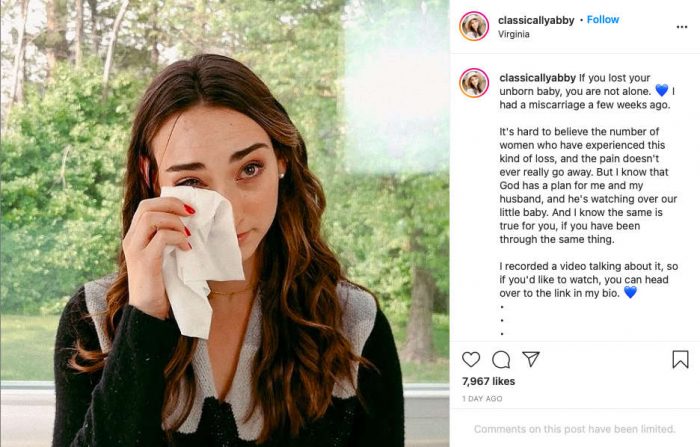 She encouraged other women struggling after a miscarriage to turn to God and to those who love them for support as they grieve.

So often, people seeking to comfort women after miscarriage believe they should have the right things to say, but Roth noted that for her, this was not necessary. “[F]or me, what was really important was knowing that people were there but that they didn’t need to solve the problem and they didn’t need to fill the silence. So, just sitting with me and not necessarily saying anything, or just being there and me knowing I could, if I wanted, call, but that they wouldn’t initiate the conversation if I didn’t want to talk about it. That was what I needed.”

She said it’s best to “follow the lead of the person who is going through it,” and don’t force the subject until that person feels ready to talk about their loss. She added, “For all of the husbands out there going through this, your pain is also valid and also matters,” adding that her husband’s “feelings are as real as mine,” adding that “… couples need to lean on each other for support.”

Tearfully, she said that she and her husband “want a family, and miscarriages are not indicative of other miscarriages.” She now “look[s] forward to the child that we do have in the future, and I just feel really lucky that I have God and that in the time when it was really the hardest for me I could pray and know that God was still there.”