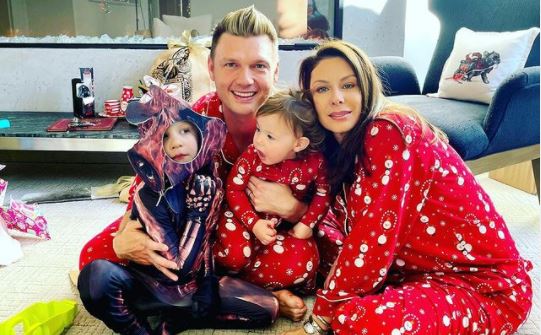 Popstar Nick Carter and his wife, actress Lauren Kitt, have announced they are expecting a child again. The joyous news was nothing short of a miracle for the couple, who has suffered multiple miscarriages and thought Kitt would never be able to have another baby.

In an interview with PEOPLE, Kitt said she had resigned herself to having two surviving children after experiencing so many losses. She didn’t even believe she was pregnant at first. “I didn’t have any symptoms; I didn’t have anything indicating that I was pregnant. One day I just — I felt something move in my body and I said, ‘Nick, there’s something not right. I think I need to go to the doctor. Something’s wrong with me.’ I was not supposed to be able to have any more children, so I never assumed that I was pregnant,” she said. “I thought I had a tumor because there was just no way that I could be pregnant, from just my medical history and the things that I did to ensure that I just had my two children. Even Nick, like a couple of weeks prior to that, was talking about possibly getting a surrogate, possibly having a third child. It was just something we were talking about.” 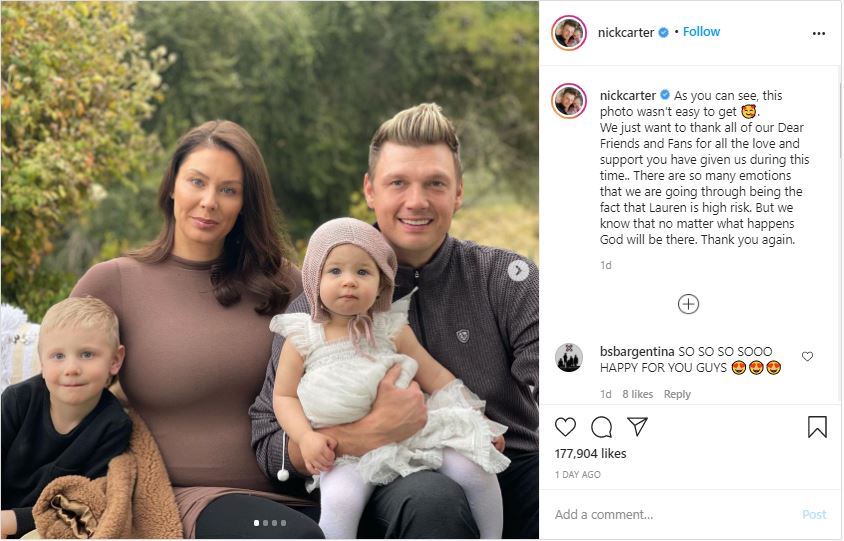 But, it turned out, Kitt was actually over five months pregnant with a miracle baby. “With everything that 2020 has given to the entire world, I look at it as a blessing,” Carter told PEOPLE. “We love our two children and we pride ourselves on being great parents.”

The couple had previously been open about suffering a miscarriage in 2018, something Carter said “everyone goes through.” Yet in her interview with PEOPLE, Kitt went into more detail about the grief and trauma they experienced after three losses.

“My last — the one before Saoirse — was a second-term loss, which is more … just more traumatic and there’s a lot that goes into it,” she said. “[It was] similar to what Chrissy Teigen went through. When she came out with her story, we were so happy because we were like, ‘Wow, other people are open and sharing their stories and it’s not so taboo.’ People go through it and I was actually very grateful that they shared as much as they did and as in-depth as they did, because I mean, no one talks about it.”

Their new arrival will join the couple’s four-year-old son, Odin, and 15-month-old daughter, Saoirse, in April. On Instagram, Carter admitted to battling numerous emotions due to Kitt’s high-risk status but said they are putting their faith in God to get them through, no matter what happens.

Carter also shared an ultrasound video of their third baby on Instagram saying, “Sometimes life blesses you with little surprises.”

“I have always wanted to love somebody, someone unconditionally and give everything to those people, my wife, my kids, and be selfless,” Carter told PEOPLE. “Now that I have it, yes, I am living my dream and I am very grateful for that and very blessed.”