Marc Van Hoey is a Belgian doctor and president of “Right To Die Flanders.” He’s killed 140 people through assisted suicide — something he says he is proud of. In an interview with the Daily Mail, Van Hoey talks about how he uses his position as a general practitioner to take people’s lives, including the lives of two of his friends. 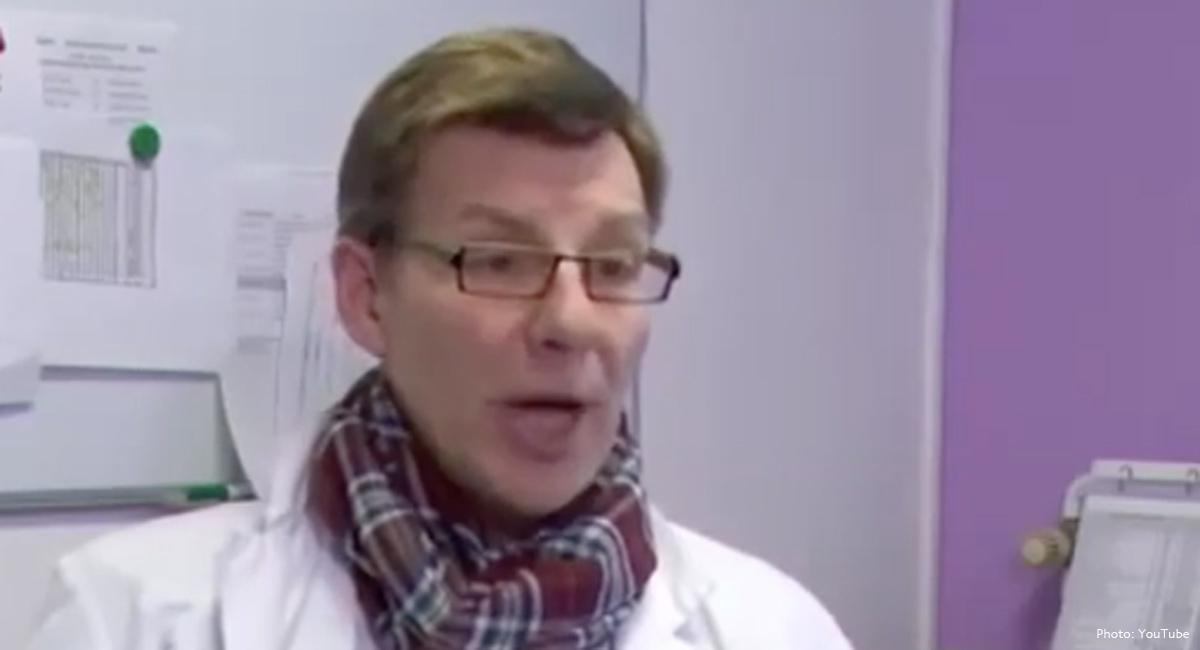 One friend, he explained, he killed after she had a stroke. “She was a good friend as well as a patient whom I had known more than 15 years,” he said. “She was a beautiful old lady. The day of her death, she did her hair at the hairdressers, put on her make-up and drank champagne with us – then we gave her the injection and she died.” Another friend had pancreatic cancer, who Van Hoey said was “suffering really badly.”

In the interview, Van Hoey was asked how many people he has killed since euthanasia was legalized in Belgium in 2002. “Maybe 140,” he answered, explaining further that he has also counseled over 500 people on euthanasia. “But they did not all go through with it and die, of course.”

Other victims of Van Hoey included an elderly woman with dementia and a 34-year-old woman with chronic depression. One case, though, has caught the attention of Belgian authorities: Van Hoey assisted in the death of an elderly woman who was suicidal after her daughter suddenly died. But he seemingly has no regrets about participating in assisted suicide. “It is like the Sword of Damocles hanging over me,” he complained. “It’s very worrying but my conscience is clear.”

Van Hoey is just the latest in a string of disturbing Belgian doctors to make international headlines. Three doctors are under investigation for the assisted suicide of a woman who claimed to be autistic without offering her any treatment. It would have been perfectly acceptable to euthanize her in Belgium had she received treatment first, but since she had not, those doctors are under fire. People in Belgium have also been euthanized without their consent, and children are also now becoming victims of euthanasia.

But one of the most notorious doctors willing to euthanize people is Wim Distelmans, chairman of Belgium’s Federal Control and Evaluation Committee on Euthanasia. He has euthanized twins who were afraid of going blind, and a transsexual man who called himself a “monster.” Distelmans also caused international outrage after he organized an “instructional” tour of Auschwitz, a venue he called “inspiring.”

Some of these doctors, like Van Hoey, are finally being held accountable for the senseless assisted suicide of people who have mental health disorders and need help, not death. But others are allowed to continue on with their campaign of death. It seems that assisted suicide will continue to flourish in Belgium, despite the increasing numbers of outrageous cases that should serve as a warning: when lives are devalued based on arbitrary standards, there’s no end to the number of people who will needlessly die.