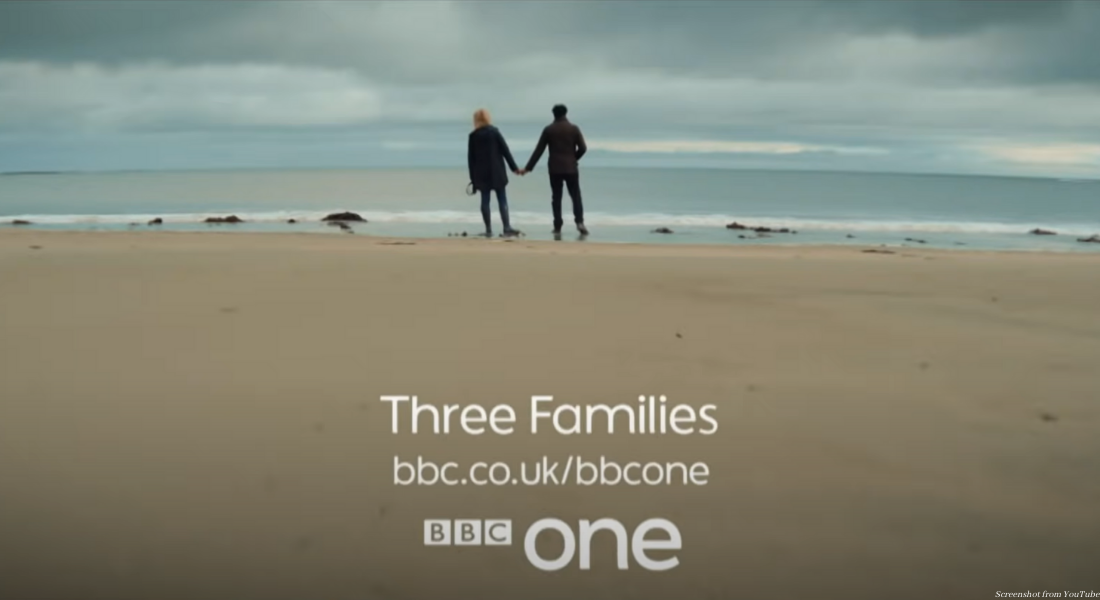 In 2019, abortion was decriminalized in Northern Ireland in a controversial move by Westminster to interfere with the nation’s own political system. To celebrate this legalized destruction of innocent life, the BBC created the two-part series “Three Families,” highlighting the three real-life families who pushed for legalized abortion in Northern Ireland. But this series fails to tell the whole story about abortion. While the emotional stories tear at viewers’ heartstrings, even in the most heartbreaking and frightening situations, killing is never the answer.

Theresa and her teenage daughter Orla (names changed) are featured in the series. Theresa, who is said to be Catholic, questions her own views on abortion when her 15-year-old child becomes pregnant by her abusive boyfriend, who forces her to have sex and then tries to violently abort the baby. He threatens to “stab the baby when it’s born” and to spread rumors about Orla if the baby doesn’t die. Theresa ultimately purchases pills online to cause Orla to abort as a way of protecting her. In doing so, Theresa faces prison time.

Even the U.S. Food and Drug Administration currently recommends against purchasing any abortion pills online; however, both the U.K. and the U.S. have temporarily lifted restrictions on the distribution of the abortion pill through telemedicine due to the COVID-19 pandemic. The abortion pill has been found to be four times more dangerous than a first-trimester surgical abortion, yet the abortion industry continues to tout it as being just as safe as Tylenol. However, Tylenol used properly does not cause hemorrhaging, infection, or death.

Because of the serious risks carried by the abortion pill, the FDA placed restrictions known as REMS (Risk Evaluation and Mitigation Strategy) on the pill regimen. These restrictions require women to have an in-person visit with a prescriber before taking the abortion pill to ensure that they are no further than 10 weeks along, are not experiencing an ectopic pregnancy, and are not putting future pregnancies risk due to their Rh status. When the pill is distributed through telemedicine or the internet with no in-person exam, a woman is at greater risk physically but may also be at greater risk of coercion. Women may suffer hemorrhaging, infection, incomplete abortion, or even death from the abortion pill.

The Guardian writes that it is not “normal to be 15 and pregnant to a boy who leaves bruises on your neck,” but abortion is also not normal and will not save Orla or anyone else from abusive relationships. Though “Three Families” claims Theresa is trying to protect her child, the teen’s physical and emotional health are at risk from the abortion itself — and to protect her grandchild from the possibility of being abused later in life, Theresa illogically aids in the child’s killing. For Orla and many women who have been raped, abortion is an additional trauma that can last a lifetime and increases a woman’s risks of alcohol use, drug use, and suicide.

The other two families featured in the series are facing prenatal diagnoses of their “wanted” children. Newlyweds Hannah and Jonathan are told that their baby will not survive the pregnancy due to a life-threatening fetal diagnosis. Because abortion was not legal at the time in Northern Ireland, Hannah is unable to abort her baby. The media used the phrase “forced to deliver a dying baby,” as if she wouldn’t have had to do the same thing during an abortion.

When Hannah’s boss tells her that abortion is “killing babies” and that she should have more “mercy,” Hannah replies, “You want me to give birth to her and watch her die in agony; how is that merciful to either of us?”

But the BBC failed to show the truth of this situation. An abortion in (what is likely) the second trimester in Hannah’s case is most commonly carried out through a procedure known as a D&E abortion. D&E stands for dilation and evacuation. In this procedure, the baby is dismembered — her arms and legs would be torn from her torso violently before her head is crushed. Unless the abortion happens near viability when a feticide would be used to kill the child beforehand, the child is alive while he is being dismembered.

On the other hand, when a child with a truly fatal condition is born, palliative care is available to ensure that the baby does not suffer and is able to die peacefully. But the show also raises the question of whether or not all conditions deemed terminal will actually lead to the child’s death at birth. For example, cystic fibrosis is considered a terminal condition because up until recent new medications emerged, those who had the condition were likely to have a shortened lifespan. However, the average age of survival has risen to the mid-40s. “Terminal” is used loosely in the medical world; many children who might have survived are aborted because the parents believed there was no hope, when in actuality these children just needed specific medical care to live their lives.

The final mother featured, Rosie, faces a similar situation. She becomes pregnant by surprise in her 40s and though she is happy, she learns that her baby has cysts on her brain and that her daughter’s stomach and heart are in the wrong places. The baby is diagnosed with Edward’s syndrome and is deemed “incompatible with life” even though these children are very much alive inside the womb. (Megan, the oldest woman in the U.S. with Edward’s syndrome, turned 40 last year.)

Rosie wants an abortion, but is unable to get one because her life is not at risk, as Northern Ireland law at the time required. However, the law also stated that if the pregnancy affected, the physical or mental health of the mother abortion wass acceptable. Though Rosie suffers from depression, she is still denied an abortion.

Later, Rosie’s baby dies while still in the womb and Rosie talks about the emotional struggle of carrying a baby that is already dead — but that is exactly what happens in late-term induction abortions during late second trimester and third trimester abortions in which the baby’s heart is stopped through use of an injected feticide. While the mother waits for her cervix to dilate, she carries her dead baby for about three days. But “Three Families” neglects to share this information with viewers.

The BBC would have viewers believe that it is better to dismember a living child who is capable of feeling pain and toss her body into the medical waste bin than to deliver her and provide her with palliative care and the loving embrace of her parents. It would also have viewers believe that killing a child through abortion will somehow save his or her mother from an abusive relationship, and that delivering a stillborn baby who died naturally is somehow more traumatic than killing your child intentionally and delivering her stillborn days later.

The suffering of abortion is a topic that “Three Families” also avoids.

A study from Duke University found that women who had abortions after receiving a poor prenatal diagnosis or “incompatible with life” diagnosis reported “significantly more despair, avoidance, and depression than women who continued the pregnancy.” The study also found that there is a “psychological benefit” for women who do carry to term. Parents who refused abortion for their baby diagnosed with a fatal condition reported feeling more emotionally prepared for the child’s death, and reported having feelings of gratitude and peace surrounding their child’s life.

Despite this, most parents who are given a poor prenatal diagnosis are immediately encouraged to abort without receiving any factual information about their child’s condition. One study found that most abortions on babies with diagnoses occur within 72 hours of the mother receiving the test results. Sometimes, those babies are aborted and then are found to have been completely healthy, as was recently the case for a family in Ireland.

The BBC failed to tell the truth when it comes to abortion, and presented abortion as a neat and tidy solution. In truth, it is violent, inhumane, and traumatic. “Three Families” is only the latest in a long line of shows to misrepresent the reality of abortion and its effects on babies and women.