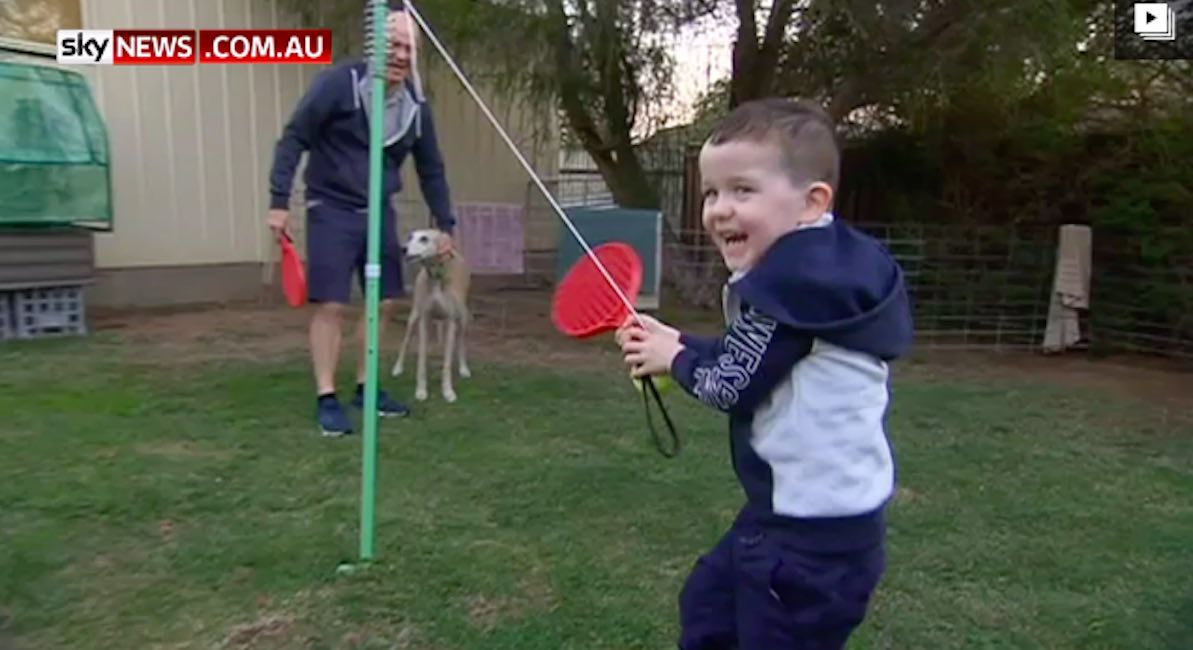 As previously reported by Live Action News, Christine Hyde, her husband Anthony and their son Darragh were told they had to leave Australia because Darragh had been diagnosed with cystic fibrosis and was deemed to be a “burden.” Now, it seems, the government of Australia has decided to allow them to stay.

The couple had been living in Australia for a decade after moving to the country from Ireland. Darragh is three years old and was born in Australia. The couple was in the middle of applying for permanent residency when Darragh was diagnosed with cystic fibrosis, a condition that leaves a person susceptible to frequent lung infections and other concerns that can lead to a shorter lifespan.

The Department of Home Affairs had told the couple that because people who live with cystic fibrosis often need a lung transplant at some point in their lives Darragh was too expensive. The couple argued that since Darragh is taking a new medication called Kalydeco that has the potential to give him a healthier life and normal life span, doctors are not concerned that he would ever need a lung transplant. But Kalydeco costs $300,000 a year and is paid for on the Pharmaceutical Benefits Scheme in Austalia. People applying for permanent residency in Australia as the Hyde family was must meet certain health requirements. Any treatment costs for their health can’t exceed $40,000 a year. Just one of Darragh’s medications alone was therefore too expensive for Australia.

The family was distraught and fought back against the order to leave the only home their son knew. After being told they had 28 days to leave the country back in May, the couple appealed to the Minister for Immigration, Citizenship and Multicultural Affairs David Coleman. A few days before they were facing deportation, Coleman said he would review their case. On Friday, their application for permanent residency was finally approved.

READ: Family may be kicked out of Ontario because of son’s Down syndrome

The family is thrilled to not only be staying the community they call home but to be able to provide Darragh with good medical care which is vital for people with cystic fibrosis.

“We are so excited, a huge weight has been lifted and we can continue our lives,” wrote Hyde in a post on change.org. “We… are completely grateful to everyone!”

Kalydeco is not readily available in all countries, including Ireland. If he had been forced to move there, Darragh could have lost access to the life-saving medication.

“He’s just going to go on and have the best opportunities to have a full life here,” said Hyde. “He’s got an amazing team around him the Royal Children’s [Hospital] and they’ve been backing us all the way through this process. As long as we’ve got this team around us and they’re directing the support I think he’s just going to go on and live a full life and enjoy it, and not let cystic fibrosis define him.”

According to ABC, the Federal Member for Nicholls, Nationals MP Damian Drum celebrated the news that the family could stay.

“I am delighted with this outcome for the Hyde family and I know the Goulburn Valley will also be delighted that they will be remaining a part of our community,” he said.  “I spoke with the Hydes a number of times during this process and I was struck by the grace with which they conducted themselves despite the challenge they were facing.”

More than 120,000 people had signed a petition asking the Australian government to let the Hydes stay in the country, and the Victorian premier Daniel Andrews asked the federal government to show the family kindness.

“This is a great family,” said Andrews. “The young boy was born here; some compassion and some common sense [are needed].”

Last year, a British family attempting to immigrate to New Zealand because of a job offer was rejected because one of their children has Down syndrome. Their final appeal for a visa for their daughter was dismissed and they were told they could not enter the country because her “health was not of an acceptable standard.”