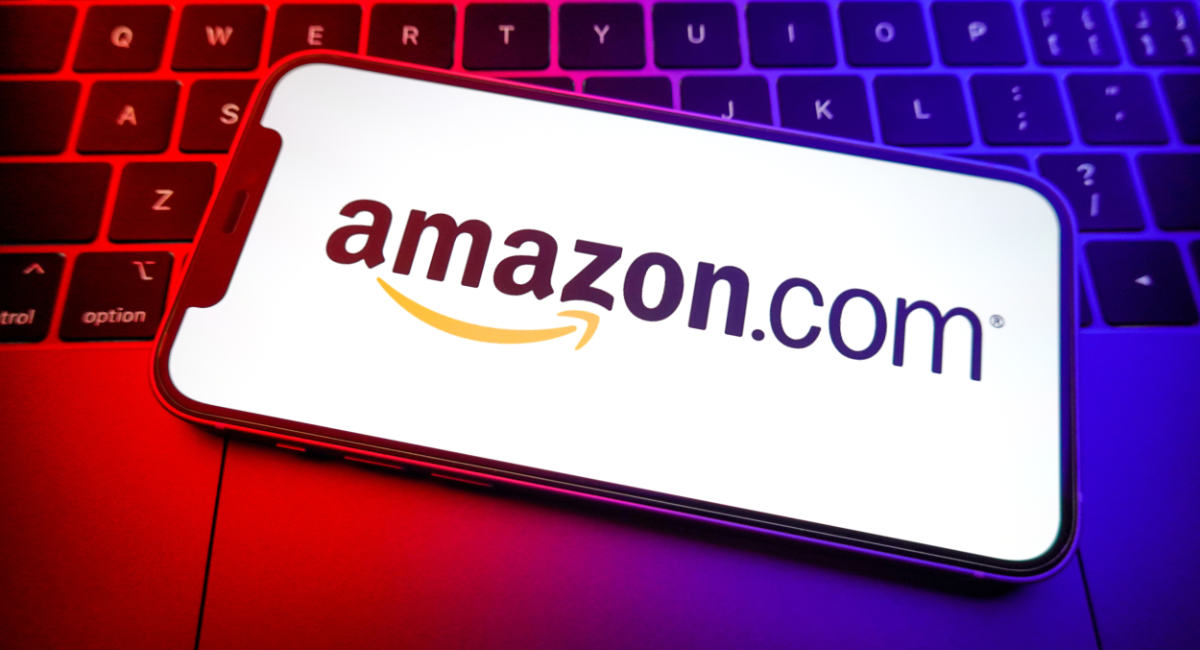 On Monday, Amazon announced that it will cover up to $4,000 of its employees’ travel expenses for non-life-threatening medical procedures — including abortion. The announcement makes the retail giant just the latest in a growing number of corporations that have publicly shown their support for abortion.

According to Reuters, the policy will apply to any “treatment” that is not available within 100 miles of the employee’s home and where virtual care is not possible. It is open to U.S. employees or covered dependents enrolled in Aetna or Premera health plans and is effective retroactively as of January 1. Amazon also offers up to $10,000 in reimbursements for travel expenses related to life-threatening issues.

Live Action founder and president Lila Rose called out Amazon for its new policy, which she says is a way for Amazon to avoid paying maternity fees and ultimately get more work out of its employees.

“The ultimate ‘F U’ any boss can give their female employees: I will literally pay 4k for you to kill your child so I don’t need to pay for maternity leave & so you can work extra long hours for me,” she tweeted. “Extraordinarily gross, @JeffBezos. @amazon” 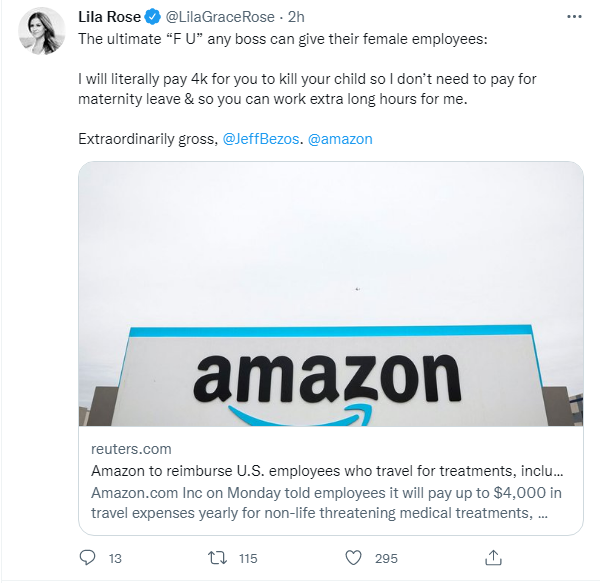 While Amazon has not officially announced this new policy in response to any political legislation, the concept of a company paying for its employees’ travel expenses for abortion is gaining traction since states like Texas have passed laws restricting abortions. Other major corporations like Citigroup and Yelp have also announced that they will pay for their employees to travel if they want an abortion while making it publicly known that they disagree with pro-life laws. Citigroup’s announcement has drawn the ire of Republican lawmakers in both the House and the Senate, who have both called on Congress to disassociate with the banking giant.

Amazon does differ from the others by incorporating abortion into a benefit that reimburses for other non-life-threating medical procedures, like cardiology treatment or substance abuse treatment. But abortion is not a “medical” treatment that can or should be lumped in with other medical procedures, and it actually ends human life — the life of a preborn child who is a separate and distinct being from his or her mother. It is also never medically necessary to intentionally kill a child to save his or her mother’s life.