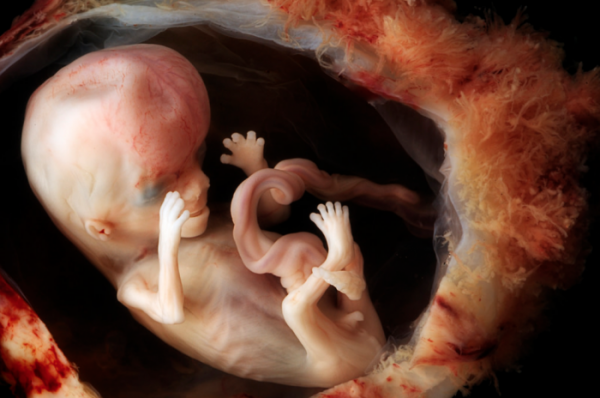 Recently, Planned Parenthood abortionist Leah Torres, who previously tweeted about how she cuts the “cords” of preborn babies and they are therefore unable to scream while being aborted, has sent another tweet. 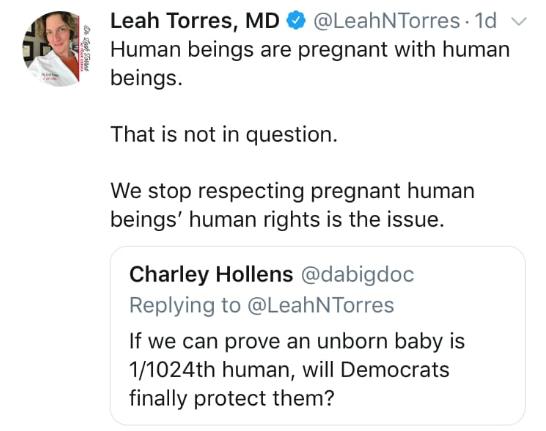 Torres knows that each abortion kills a human being. She does not deny the humanity of the preborn.

Planned Parenthood may claim that abortion is “health care,” but their abortionists know that abortion is very different from removing a tumor, setting a broken leg, or treating a virus. Abortion destroys a human being. Many abortionists have admitted they are taking a life every time they commit an abortion.

READ: Late-term abortionist who killed women is back in business and ‘thriving’

Author Nancy Dey quoted a Planned Parenthood abortionist who said that every time he did an abortion, “it was always on his mind that he was terminating a life.”The abortionist describes how committing abortions makes him feel:

This can burn you out very, very quickly…not so much by the physical labor as the emotional part of what’s going on. When you do an ultrasound, particularly if you have children, and you see a fetus there, kicking, moving, living, doing things that your own child does, bringing it’s thumb to its mouth, and things like that- it’s difficult. Then, after the procedure, sometimes we have to actually look at the specimen, and you see arms and legs and things like that torn off… It does take an emotional toll.

Cancer doctors do not struggle with guilt and emotional trauma after they remove tumors. Dentists don’t feel “an emotional toll” when they extract teeth. Abortion is different, in a class by itself, because it is killing an innocent life. In no branch of legitimate medicine do doctors have to contend with dismembering a kicking human baby who is sucking his thumb.

Another Planned Parenthood abortionist, Lisa Harris, took part in a workshop at a National Abortion Federation meeting. In the Q&A, she was asked about how to respond to pictures of aborted babies shown by pro-lifers. She said:

[I] actually think that we should be less about denying the reality of those images. More about acknowledging, that yeah, that’s kind of true. So given that we actually see the fetus the same way and given that we might actually both agree that there’s violence in here, ask me why I come to work every day. Let’s just give them all, the violence, it’s a person, killing – let’s just give them all that.

Harris admits that abortion is “violence” and “killing.” She admits that a preborn baby is a “person.” She knows exactly what she is doing every time she commits an abortion.

Other abortionists have also admitted that abortion is killing. One abortionist wrote in the British Medical Journal:

I can now say openly that I do think I am ending a life every time I do an abortion, but I do it as someone who has certain skill which is put at the disposal of a woman who does not want her pregnancy to continue. I do not regret all the agonizing – it has helped me to understand the problems that each woman faces when deciding about her abortion.

Late term abortionist Dr. Curtis Boyd said: “Am I killing? Yes, I am. I know that.” He commits abortions up to 6 months. On camera, he is frank and honest about what he does for a living, and even says he prays for the souls of the babies he aborts.

Monica Migliorino Miller quoted another abortionist, Dr. Neville Sender, in her book “Abandoned: The Untold Story of the Abortion Wars” He says, “Of course we know it’s killing, but the state permits killing in certain circumstances.”

I have the utmost respect for life; I appreciate that life starts early in the womb, but also believe that I’m ending it for good reasons. Often I’m saving the woman, or I’m improving the lives of the other children in the family. I also believe that women have a life they have to consider. If a woman is working full-time, has one child already, and is barely getting by, having another child that would financially push her to go on public assistance is going to lessen the quality of her life. And it’s also an issue for the child, if it would not have had a good life. Life’s hard enough when you’re wanted and everything’s prepared for. So yes, I end life, but even when it’s hard, it’s for a good reason.

Do this abortionist’s “reasons” really justify killing a baby? He evidently thinks so. But pro-lifers argue that every innocent person has a right to life, and should not be killed to make someone else’s life easier.

Abortionist William Harrison, in his article at Daily Kos, said, “No one, neither the patient receiving an abortion, nor the person doing the abortion, is ever, at anytime, unaware that they are ending a life.”

All of these abortionists, like Torres, acknowledge that abortion kills a human being.