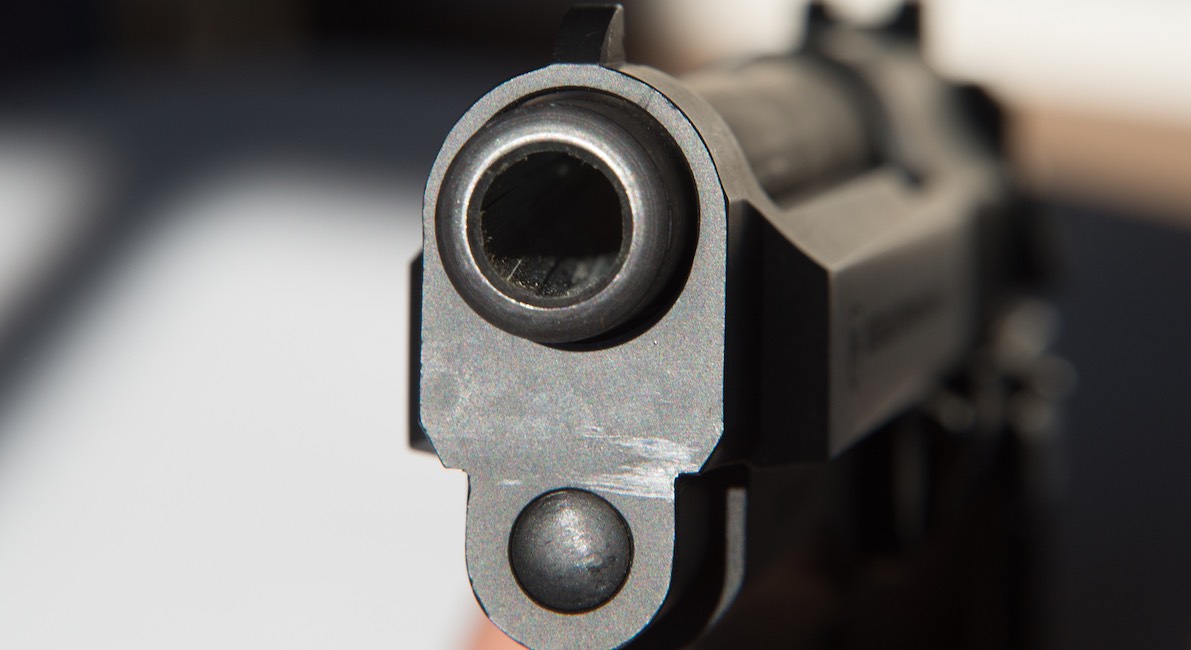 A man who started an argument with pro-lifers outside a Delaware Planned Parenthood was arrested after allegedly threatening the group with a handgun.

According to the Dover Police Department, 31-year-old Jerome Aniska engaged with pro-life demonstrators on the public sidewalk outside the Dover Planned Parenthood facility. Witnesses said he then pulled out a black handgun and made a threatening statement to the group, and went to the trunk of his vehicle before police arrived. Police told local news station WMDT that after arriving in the abortion facility parking lot, they located the empty holster in the center console of Aniska’s car and found the black 9mm handgun in the trunk.

Aniska has been charged with aggravated menacing, terroristic threatening, and possession of a firearm during commission of a felony. He was released on $26,000 bond. 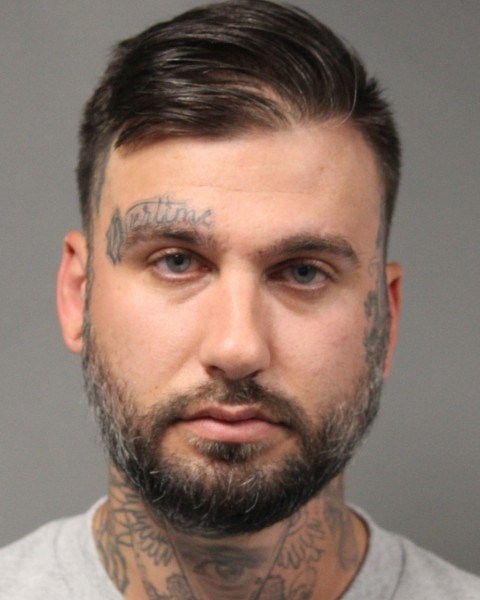 This kind of scenario has occurred many times before.

In May of this year, Live Action News reported on a man accompanying his girlfriend to a Detroit abortion facility who pulled a gun on pro-life sidewalk counselors. In October of 2019, abortionist Ronald Yunis was arrested “on suspicion of aggravated assault” after he pointed what appeared to be a gun at an abortion protester outside his facility, Acacia Women’s Center. Read more on that case here.

In September of 2015, Live Action News documented how a man escorting a woman into Planned Parenthood in Aurora, Illinois, was arrested when he, too, pulled a gun on those outside the abortion business. Just a few months prior to this incident, police in Bristol, Tennessee, arrested a man outside the Bristol Women’s Clinic after he brandished a gun at pro-life demonstrators while entering the facility with his girlfriend.

Years earlier, police in Charleston, South Carolina, arrested abortionist Gary Boyle after he pointed a gun at three abortion protesters near the back entrance of the Charleston’s Women’s Medical Center.

Live Action News regularly documents acts of violence against peaceful pro-life activists, a troubling fact often ignored by the media. Even when these aggressive attacks are picked up by the press, the media often fails to report them factually. DISRN noted that in this most recent case, the media failed to note in their headlines that the targets were pro-lifers.

Curiously, the widely used news wire the Associated Press gave the story a headline reading, “Delaware police arrest man with gun at Planned Parenthood,” omitting the crucial fact that a man had approached and threatened peaceful pro-life protesters with a gun and possibly even implying that someone had threatened people at the abortion clinic with a gun. The story was then republished with the same headline to many influential outlets.

Since DISRN’s report, the AP headline has been updated to read, “Delaware man charged with pulling gun on abortion opponents.” However, Google searches still show the bias was originally present (see image below). 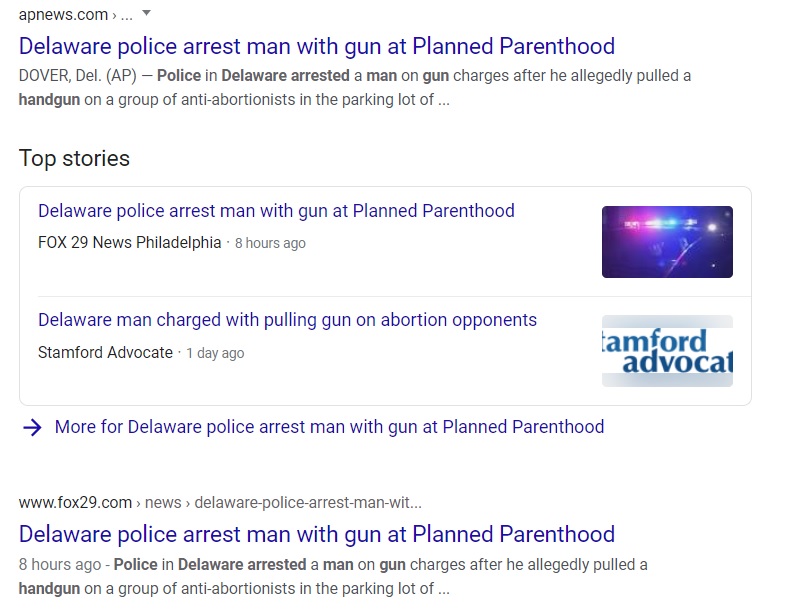