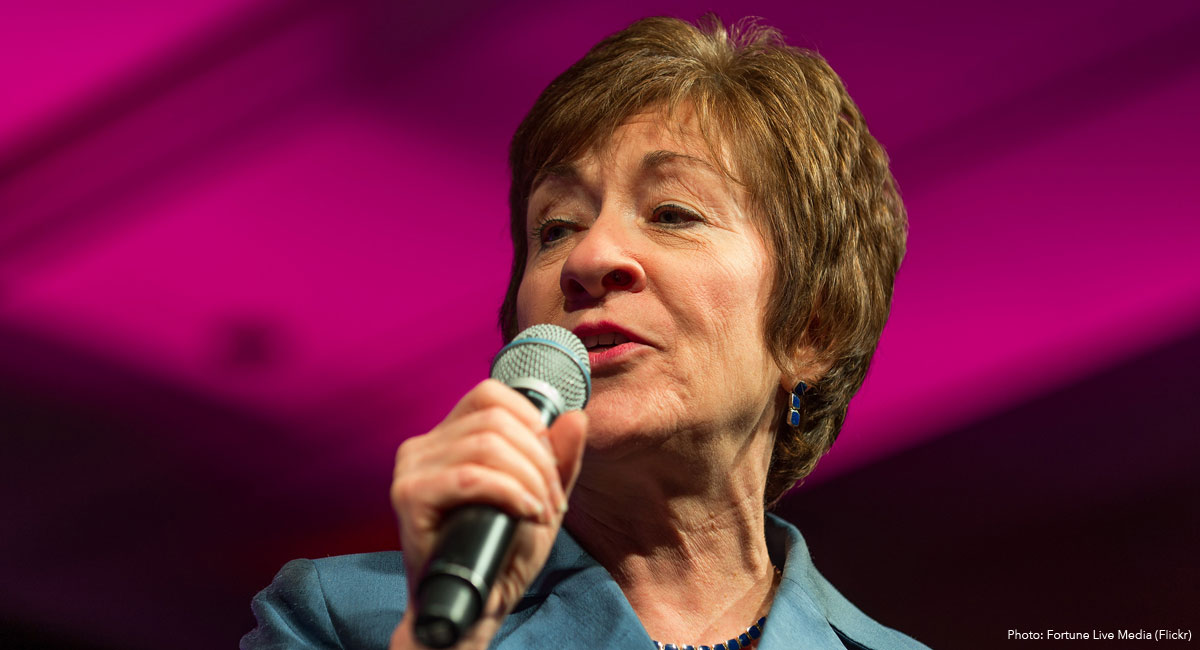 Abortion supporters have become unhinged in their efforts to protect the so-called “right” to kill innocent babies in the womb through abortion on demand. While proponents of abortion often claim women will die if abortion is made illegal (quoting fabricated numbers from days gone by), some are now threatening women they feel are in the way of unfettered abortion. This week alone, a pro-life journalist and a pro-choice politician both received serious threats from those who claim they are the arbiters of “women’s rights.” 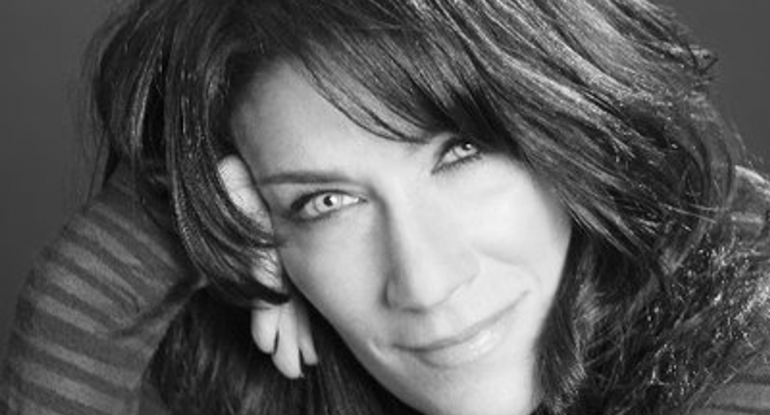 Denise McAllister, a rape survivor, writer, and political commentator, received threats of rape and strangulation after publishing the tweet below on September 6, 2018. 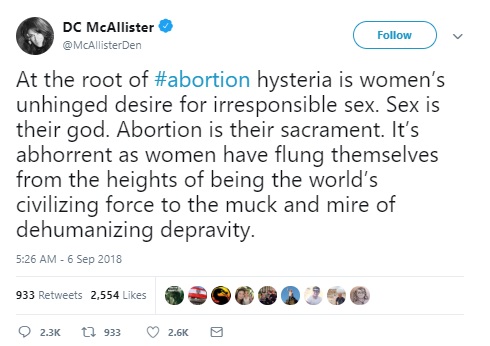 McAllister, who writes for PJ Media, The Federalist, Real Clear Politics, and other outlets, later tweeted, “I am facing legit death & rape threats because I have dared to call out women who are hysterical about abortion and to challenge them to be responsible and not to elevate sex to the point that they’re willing to kill human life to avoid their responsibilities. How sick is that?” She added, “These threats aren’t lame Twitter threats….”

McAllister told her followers that that she has been forced to stay off social media, “[d]ue to threats against my life.”

“They are threats outside of Twitter, stating they know where I live,” McAllister told PJ Media. “Threats of rape and strangling. I spoke to the police. I am on home watch.”

“My children are very frightened,” she added. 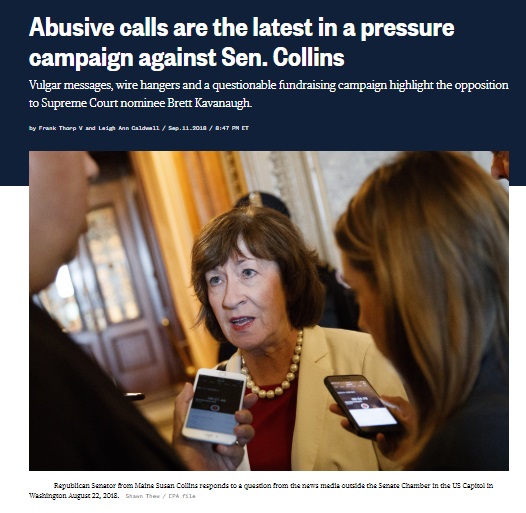 Sen. Susan Collins, a Republican from Maine, has a mixed voting record on abortion. NARAL, a group founded in the 1960’s by pro-abortion men, gives Collins a voting record score of 45% in favor of abortion. But according to Vote Smart, Planned Parenthood ranks the Senator at 70% in favor of abortion. Despite this, Planned Parenthood and Soros-funded groups are pouring big dollars into campaigns to pressure the Senator to vote against Supreme Court nominee Brett Kavanaugh.

Senator Collins has refused to capitulate to the demands of abortion enthusiasts that she state on the record that she will vote against the nomination of Brett Kavanaugh to the U.S. Supreme Court. As a result, despite Collins’ past pro-abortion votes, she is receiving vicious e-mails and threatening calls from abortion supporters.

READ: Pro-life women were met with hostility and violence at the Women’s March

According to USA Today, “The senator’s office has reported receiving threatening calls and letters as well as more than 3,000 wire coat hangers in grim reference to the unsafe, illegal abortions that abortion-rights defenders say would follow the end of Roe v. Wade.”

Collins shared tapes of the calls with NBC News, which the news outlet described as, “abusive and profanity-laced.”

In a second voice mail, the caller calls Collins “a feckless, feckless, feckless woman…And in a letter sent to her Portland, Maine office, the writer on August 9 says that “EVERY waitress who serves you is going to spit in your food, and that’s if you’re lucky, you f***ing c***! Think of that every meal.”

The paper also noted that “a controversial crowdfunding campaign has raised more than $1.1 million to give to a future Collins opponent if she votes to confirm Kavanaugh” — a move some describe as an effort to bribe the Senator into voting their way.

According to a report published in  USA Today, “the Foundation for Accountability and Civic Trust (FACT) told USA TODAY it is sending a letter to the Justice Department on Thursday asking it investigate the groups, which have raised more than $1.2 million to go to Collins’ opponent if she votes to appoint Kavanaugh.”

“Bribery will not work on Sen. Collins,” Collins’ spokeswoman Annie Clark told USA TODAY. “Sen. Collins will make up her mind based on the merits of the nomination. Threats or other attempts to bully her will not play a factor in her decision making whatsoever.”

As the debate over abortion continues, it has become apparent that reason and dialogue have been replaced with threats of violence. Tragically, this mirrors the very the foundation of abortion, which violently ends the lives of nearly one million babies each year in America.