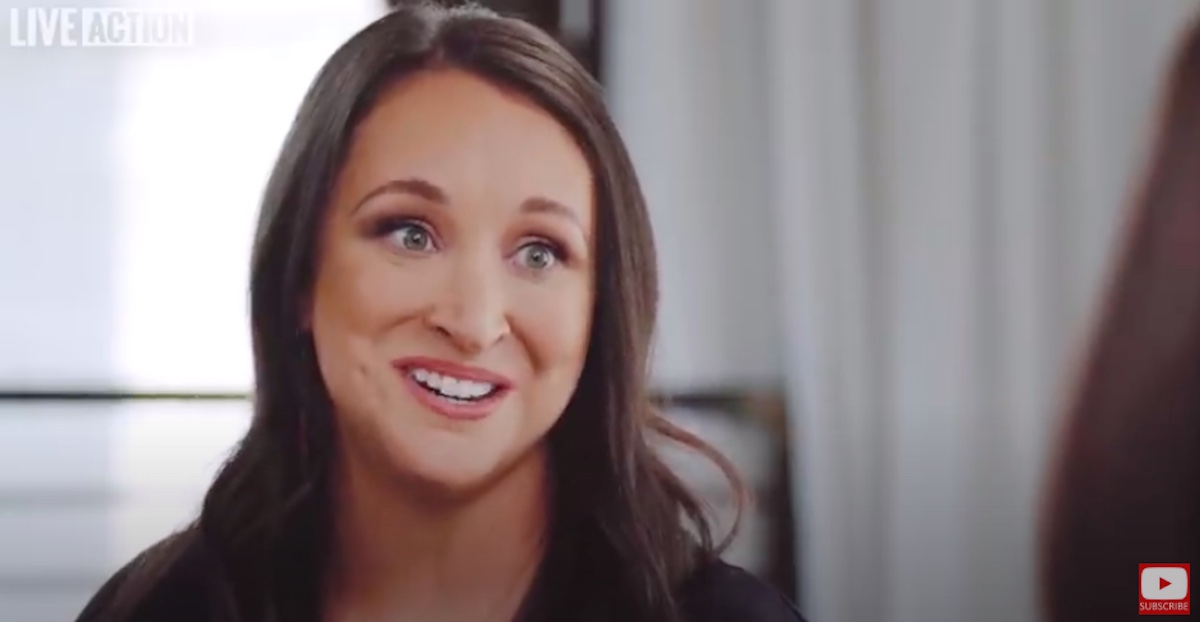 Abortion survivor Claire Culwell was recently interviewed by Live Action President and Founder Lila Rose about her story of abortion survival, adoption, and forgiveness. Culwell had grown up knowing she was adopted. In her early 20s, she met her birth mother and learned that her story was much more shocking than she could have ever realized.

Culwell told Rose that both she and her adopted sister had always known of their adoptions, and felt it was a “really positive thing.” Their parents were missionaries and they spent time living in places like Mexico and Costa Rica as children. It was a life they loved.

“We knew that we had birth mothers and that one day might have the possibility of meeting our birth mothers, but no matter what we found out when we met our birth mothers,” explained Culwell, “that who we were never changed — that we were wanted, chosen, and loved.”

Culwell’s sister Rachel’s adoption had been open. Their parents knew her birth mother and when Rachel was ready to meet her, all it took was a phone call. When they all met her at dinner, it was a moment that inspired Culwell to find her birth mother.

“We had dinner together and I remember sitting at this dinner table with my sister and her birth mother and thinking, ‘Gosh they look so much alike. They act so much alike and they have the same shoe size.’ … And so I thanked my sister’s birth mother that day for giving me my sister because I knew my life wouldn’t be the same. And in that moment I realized I have a birth mother. And maybe it doesn’t look like what my sister’s adoption looked like or maybe the story won’t go the same way but regardless of how it goes, she deserves to hear a thank you.”

Culwell was 20 years old at this point and had the option from age 18 to attempt contact with her birth mother. She was nervous and had so many questions. When she finally met her birth mother, she also met her three younger half-sisters and her mother’s husband. It was a moment she remembers well.

What Culwell couldn’t have known was as afraid as she was, her birth mother was even more afraid. She had been carrying a secret for 21 years, and she knew eventually it would have to be shared.

It was two months later that the truth came out. Culwell gifted her birth mother with a necklace and ring with her birthstone and a note thanking her for choosing life.

“So I was standing behind her in her chair and I was fastening her necklace and I watched as she opened the card and read the words, ‘Thank you for choosing life for me’ and I watched as instantly, she changed,” explained Culwell. “Her demeanor changed. Her tears changed. They went from happy to sad instantly.”

That’s when she took Culwell by the hand to tell her the truth. She told her that she had become pregnant at just 13 years old and was taken by her own mother to an Oklahoma abortion facility for a D&E (dismemberment) abortion at 20 weeks pregnant. Culwell’s birth mother had no say in the decision. She didn’t choose anything.

It was four weeks after the abortion, and the family realized Culwell’s mother was still pregnant. She was leaking fluid, she felt sick, and her belly was still growing. She was taken back to the abortionist who said that the abortion had been successful because there was one dead baby. But unbeknownst to anyone, Culwell had been a twin.

The abortionist would not commit a second abortion, so he sent her to an abortion business in Kansas which was usually willing to commit abortions on even the ‘hard cases.’ But because of the leaking amniotic fluid, that facility also refused to commit the abortion. Instead, Culwell’s birth mother was taken to an adoption agency and six weeks later she gave birth to Culwell at just 30 weeks.

When Culwell heard the story and saw the pain in her birth mother’s eyes, she immediately forgave her for the abortion. “I remember telling her that I was so sorry,” said Culwell, “because I felt like she was the victim in this story. I saw that day what abortion did to my mother.”

Culwell said her birth mother’s pain was obvious and deep, and in telling her story, her birth mother felt like she was reliving that day all over again. She could smell the abortion room and she could hear the machines that were in the room, bringing her mentally and emotionally back to that horrible day.

“I know that I knew my twin in the womb for 20 weeks and I know that that day when my twin was ripped away that I felt that and I probably heard that and in my adult life I know that there has been something missing in my life, probably one of the most significant people in my life is not here because of abortion,” Culwell said. She looks forward to meeting her twin — whom she feels was a brother — in Heaven one day. She doesn’t know why she survived and her twin didn’t, but she does know she wants to protect other people like her who survive abortions and deserve a chance.

Culwell’s story highlights the truth about life inside the womb and the ability of babies to survive abortions, but it also shows the beauty of adoption. For every one baby placed for adoption in the United States, there are 36 more couples waiting to adopt.