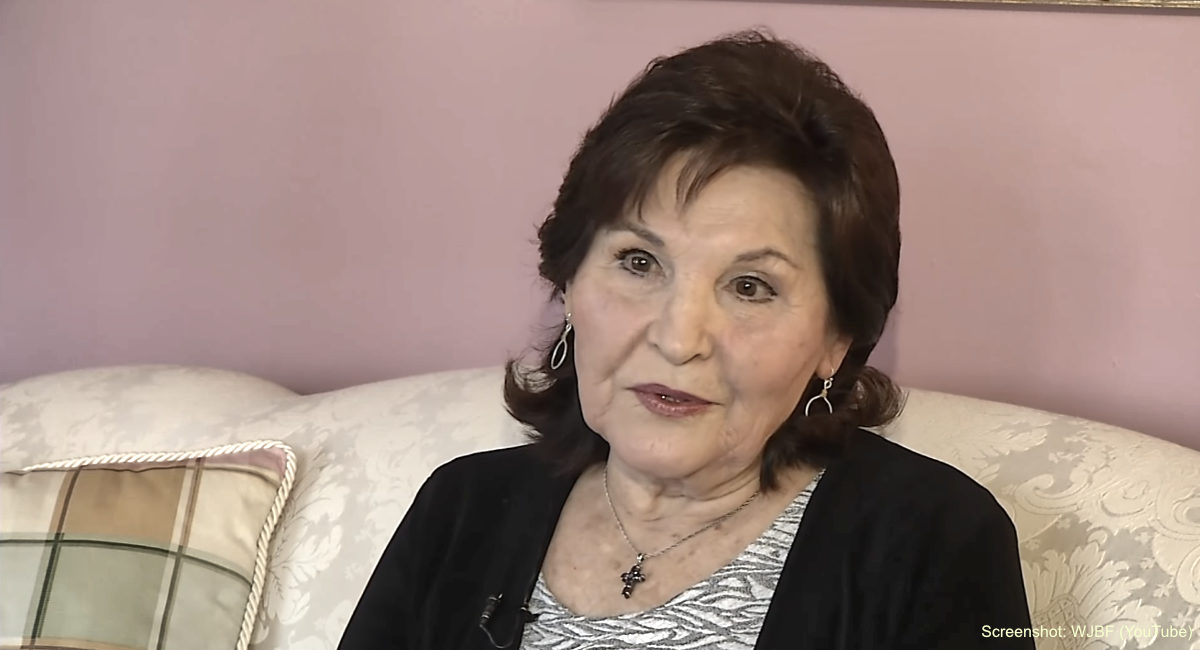 Pro-life activist Eva Edl was one of four pro-lifers charged with violating the FACE (Freedom of Access to Clinic Entrances) this month in relation to a March 2021 abortion facility rescue at Carafem in Mt. Juliet, Tennessee. The event was aimed at reaching abortion-minded women in hopes of helping them to choose life for their babies with confidence. Edl is 87 years old and is a German survivor of a communist prisoner-of-war concentration camp during World War II. Following her escape from that camp, she began a legacy of fighting for the right to life for all human beings.

“The first time I realized there were abortion clinics in our country was in 1988,” she said, according to a previous Live Action News report. “I said to my husband, ‘these are the death camps of America.’ I saw people sitting in front of abortion clinics in Atlanta, and I’ve been involved ever since.”

She explains on her website that the pro-life movement must be bolder and work to pass laws that protect all children from abortion, not just certain children. She stands against exceptions to pro-life laws based on how a child was conceived or whether or not he meets a certain standard of ‘health.’ She speaks out against laws aimed only at making abortion facilities safer:

If you were in a death camp like I was as a girl, would you want those who were obligated to love you to lobby for cleaner death camps? Less bugs in our starvation diet? Please! It disgusts the Lord that we waste so much time on money that will not protect one single child, even if the legislation is upheld by the court.

[…] If we have to defy the judiciary for even the most toothless attempts to regulate abortion (mandating sanitary killing centers, for example), why not defy the judiciary to protect every child, as our leaders take an oath to do! Why settle for less than the very minimum that God settles for? According to the Bible (Numbers 35, Genesis 9), only justice abates the wrath of God for the shedding of innocent blood. I believe every jurisdiction – city, county, state, federal, international – should immediately criminalize every abortion and protect every baby, and WOE unto us if we don’t.

The wrath of God is against us, and time is short to waste effort trying to regulate the child-killing. We wind up on the wrong side of the line God’s drawn so clearly in the sand.

Edl’s biography by James Johnston, “She Looks Like My Little Girl,” offers the testimony of a child of Danube-Swabian heritage — Yugoslavian by birth but German by heritage and language. Edl was just six years old when the Nazis invaded Yugoslavia and her family was safe in their rural home — until her father was taken by the Nazis.

After her father became ill and was put in an infirmary, he sent his family a letter urging them to flee because the Red Army was coming. But they did not escape in time. Edl says she and her family were dehumanized by the communists and targeted for genocide. At first, she and her siblings found safety with their grandmother who was Hungarian and therefore able to hide in plain sight. But soon, Edl’s mother was kidnapped to dig trenches for the war and her two older siblings were taken to a forced labor camp. As for Edl, she and her grandmother were put on a train to a concentration camp.

The Soviets and the Nazis had begun the war as allies, but when Hitler invaded Russia and slaughtered millions of civilians, the Russian lust for vengeance ran hot. Armed with the weapons and moral authority of the Grand Alliance, the Red Army invaded from the east, driving out the Nazis. Terror came in Stalin’s bloody wake.Hitler’s betrayal fueled a rage and a hatred against Germany that would flood Eastern Europe with the blood of the innocent and the cries of the violated for years.

Eva Edl and her people were called Danube-Swabians; they were Yugoslavian by birth but German by heritage and language. The new communist government first dehumanized her people in the law. Then, empowered by the Grand Alliance, they unleashed a violent, genocidal campaign against Eva and her people…

Eventually, she was rescued and immigrated to Austria and then the United States, where by that time, another genocide was occurring — the genocide of abortion. According to the bio on her website, “Eva felt the call of God to lay down her life to rescue unborn children, just as others laid down their life to rescue her.”

She explained on her site: “In the heat, the rain, and the snow, if babies are being killed, I try to obey Proverbs 31:8-9: ‘Open your mouth for the speechless, in the cause of all who are appointed to die. Open your mouth, judge righteously, and plead the cause of the poor and needy.'”

“I do believe that we must be willing to lay down our comforts and even our lives to rescue the ‘least’ of God’s children,” she said. “Our children’s and grandchildren’s freedom will be no more secure than the innocent whose cries the Church ignores today. We should protect them as we would want to be protect[ed]. We should insist on the abolition of all abortion and accept nothing less. If we must pressure our leaders by way of laying down our lives between the victims and those who assault and murder them, then Jesus be lifted up in our sacrifice and answer our desperate prayers for justice for the children!”

The activism that led to her most recent arrest, this time by the FBI, was reportedly peaceful. Edl and other participants lined the inside hallway of a shared general medical office building in March 2021, where a Carafem abortion facility is located. The pro-life activists sang and prayed. Several were arrested by local police that day and were later released after posting bail for misdemeanor trespass charges. (Read more here and here.) Then on October 5, 2022 (a year and a half later), the FBI came calling.

A press release from the Department of Justice states that a patient and employee were blocked from entering the building, a violation of the FACE Act. The indictment alleges that 11 pro-lifers “used force and physical obstruction to injure, intimidate, and interfere with employees of the clinic and a patient…”

Edl is facing one year in prison for a misdemeanor offense and fines of up to $10,000. Carafem in Mt. Juliet has since ceased abortions due to the fall of Roe v. Wade in June, and preborn lives are now protected in the state of Tennessee.