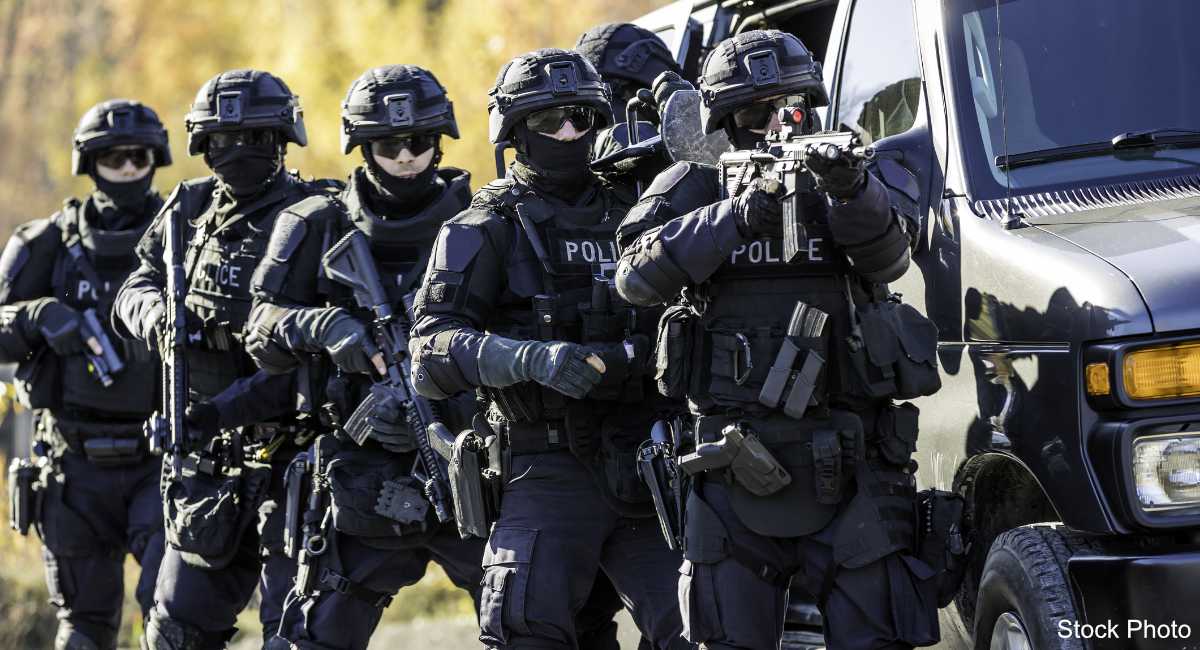 UPDATE, 9/27/22: Life Site News reports new findings revealing that the Planned Parenthood abortion patient escort known as “B.L.” in court documents “was arrested in the 1970s for charges of possession and manufacturing of controlled substances, as well as for ‘disorderly conduct persistent,’ which typically denotes a suspect defying police warnings to cease his behavior.” In addition:

In 2017, B.L. was also part of a lawsuit against Janssen Pharmaceuticals relating to the schizophrenia and bipolar disorder medication Risperdal.

“So, we’re dealing with accusations from a 71-year-old who was previously arrested on multiple drug charges, pled guilty to one, pled guilty to disorderly conduct, and was involved in lawsuits about the side-effects of his antipsychotic medication,” summarizes an attorney who helped Cashill [at American Thinker] analyze the documents. “Something that the media probably won’t normally discuss.”

In addition, Thomas More Society attorney VP and Senior Counsel Peter Breen told Glenn Beck that there is a reasonable explanation for any alleged inaccuracies regarding the account of Houck’s FBI arrest. The Blaze reports:

Breen… explained how the FBI has tried to downplay “abuse of power” claims, accusing Mark’s wife of making “inaccurate claims” about the terrifying experience.

“Ryan-Marie, who is Mark’s wife, she thought she saw 25 [FBI agents.] The FBI came back and said it wasn’t 25, it was no more than 15 or 20 heavily armed federal agents. And she had called them a ‘SWAT team’ because she’s a lay person. I don’t know the difference between a SWAT team and a bunch of heavily armed, armored, and shield-bearing federal agents,” Breen said.

He added, “… that whole show of force was done against a man who was not a drug lord, not a mafia boss, but instead, a law-abiding pillar of the community whose attorney said, ‘we’ll bring him in if you decide to charge, even though you have no case.'”

UPDATE, 9/26/22: Fox News obtained a statement from an FBI spokesperson, who denies having sent SWAT personnel to arrest Houck — but admits there were 15-20 FBI agents sent to the Houck home:

A spokesperson with the Philadelphia office of the FBI pushed back against the SWAT team claim, telling Fox News Digital: “There are inaccurate claims being made regarding the arrest of Mark Houck. No SWAT Team or SWAT operators were involved. FBI agents knocked on Mr. Houck’s front door, identified themselves as FBI agents and asked him to exit the residence. He did so and was taken into custody without incident pursuant to an indictment.”

A senior FBI source told Fox News there may have been 15-20 agents at the scene, but denied 25 were there. The agents who came to the door had guns out and at the ready, according to this FBI source, but the guns were never pointed at Houck or his family and were lowered or holstered as soon as Houck was taken into custody.

Houck was handcuffed with a belly chain, according to a senior federal law official familiar with the situation. In this process, the suspect’s handcuffs are attached to a chain around the belly so the person doesn’t have to sit in a car with handcuffs behind his back.

9/24/22: Mark Houck — a husband, father of seven young children, founder of a men’s ministry, and regular sidewalk counselor at Planned Parenthood in downtown Philadelphia, PA — was arrested Friday morning around 7:00 a.m. when approximately 20+ FBI agents reportedly arrived in 15 units with sirens and lights, fully equipped in SWAT gear with firearms. “He opened the door with hands up, and had AR-15s in his face” with his children present, who were “crying and screaming” and “traumatized,” according to family friend and media spokesperson Brian Middleton.

Middleton told Live Action News that this shocking incident had originally stemmed from an altercation outside Planned Parenthood nearly a year ago on October 13, 2021, in which a regular abortion facility escort is said to have verbally accosted Houck’s 12-year-old son, who was present with his father that day on the public sidewalk. When Houck stepped between the escort (who was not escorting any abortion clients at the time) and Houck’s young son, Houck reportedly had to physically push the escort away to stop the verbal assault on his child.

While the family is no longer speaking to media directly based on the advice of attorneys, Life Site News spoke to Houck’s wife, Ryan-Marie, shortly after the incident. According to LSN’s report:

On several occasions when Mark went to sidewalk counsel last year, he took his eldest son, who was only 12 at the time, she explained. For “weeks and weeks,” a “pro-abortion protester” would speak to the boy saying “crude … inappropriate and disgusting things,” such as “you’re dad’s a fag,” and other statements that were too vulgar for her to convey.

Repeatedly, Mark would tell this pro-abortion man that he did not have permission to speak to his son and please refrain from doing so. And “he kept doing it and kind of came into [the son’s] personal space” obscenely ridiculing his father. At this point, “Mark shoved him away from his child, and the guy fell back.”

“He didn’t have any injuries or anything, but he tried to sue Mark,” and the case was thrown out of court in the early summer.

Video of this incident is not currently available for public viewing. But as Houck’s wife stated, local officials saw no cause to arrest anyone at the time of the incident. Then, in November 2021, the escort “filed a private criminal complaint,” according to Middleton, and Houck agreed to mediation. The Planned Parenthood escort, however, wanted a trial.

When the first court appearance before a judge was scheduled, Houck’s attorney was reportedly delayed, so the court date was postponed. Three more times, appearances were scheduled, but the clinic escort failed to appear. The judge reportedly scheduled again, noting that if the plaintiff failed to appear again, charges would be dismissed. The escort, known as B.L., failed to attend, and the case was dismissed.

“Six days later,” said Middleton, Houck “was served with a target letter [stating] that he was the target of a federal grand jury investigation.” The letter encouraged Houck to reach out to the U.S. Department of Justice through his attorney; though Houck’s attorney responded, the DOJ never did — until Friday morning, when the FBI agents swarmed Houck’s home, apparently based on this warrant below, which lists “attack of a patient escort”:

Below is the first page of the warrant issued for the FBI SWAT raid of Catholic pro-life speaker, author and sidewalk councilor, Mike Houck. pic.twitter.com/XeVLhbxAYI

Middleton says Houck was held for about four hours, shackled and cuffed to a table in the Philadelphia Federal Building, and was allowed a preliminary hearing via Zoom before he was released on his own recognizance. He is now back home with his family. He has been charged with violating the Freedom of Access to Clinic Entrances (FACE) Act and could be sentenced to as many as 11 years in prison with fines up to $350,000.

Life Site News reported that though “this charge comes from an incident that had already been thrown out of the District Court in Philadelphia… [it] was somehow picked up by Merrick Garland’s Department of Justice,” which seems to have been what led the FBI to take action.

This is not the first time that a child has been verbally accosted by abortion supporters at this Planned Parenthood in Philadelphia. In 2019, Ashley Garecht was on the sidewalk with her two young teenage daughters and their teenage friend when the young girls were approached aggressively by PA Rep. Brian Sims, who asked the minors multiple times for their identities, according to Garecht, and later tried to get others online to identify them (something known as “doxxing”). She told Fox News’ Tucker Carlson shortly after the incident that Sims “really was yelling very directly at the girls, very specifically at the girls. So I moved myself in between him and the girls, asked him, ‘please talk to me’… but he continued to yell at the girls.” But Sims came back ten minutes later to videotape the girls. After a campaign exposing these bullying tactics, Sims privately apologized to Garecht and her family.

A fundraiser has been set up for the Houck family here.

Editor’s Note: This article may be updated as further information becomes available.