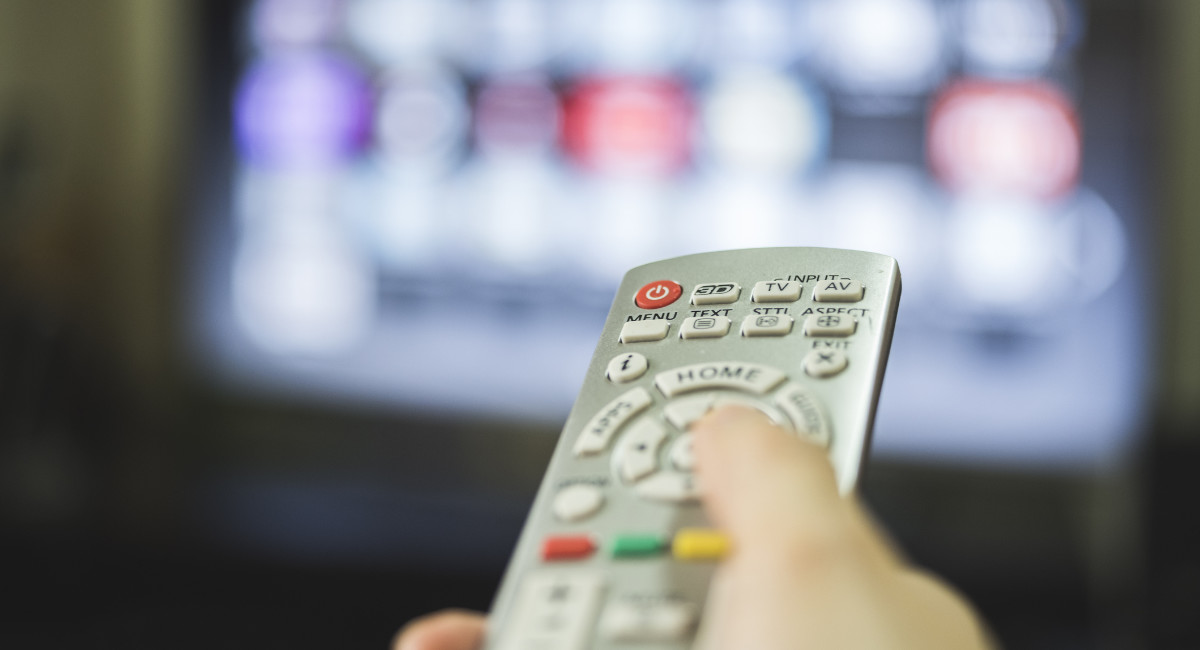 A new report from Abortion Onscreen — a project of the pro-abortion Advancing New Standards in Reproductive Health (ANSIRH) program at the University of California, San Francisco — is celebrating an increase in the number of television shows featuring abortion in their plot lines, claiming that these storylines came closer to reality than ever before. In 2021, 47 abortion-related stories were featured in 42 shows. In 2022, that number rose to 60 abortion stories (or mentions) among 52 shows.

The report found that a third (20) of the plotlines focused on barriers to abortion, whereas only two had done so in 2021. Steph Herold, the pro-abortion activist author of the report, called it “significant,” adding, “Showrunners, writers, producers have really woken up to the abortion access crisis.”

She said, “The overturn of Roe v Wade catalyzed a lot of people to really understand the importance of sharing abortion story lines on television.”

As usual, abortion proponents like ANSIRH are ignoring the the existence of a unique human organism growing and developing in the womb. Abortion doesn’t just end a pregnancy; it ends that pregnancy by ending that unique life. They are also ignoring the true “crisis” — which is that undelivered children are being killed. Abortion plotlines on television never show the true reality of abortion because they never show what happens to the preborn child. If they did, viewers would be more likely to have a change of heart on abortion, converting from pro-choice to pro-life — as so many people do when they face the reality of abortion.

In a first-trimester chemical abortion, a woman takes two drugs: mifepristone and misoprostol. Mifepristone blocks the naturally occurring pregnancy hormone progesterone, depriving the growing child of nutrients. Misoprostol then causes contractions to expel the baby. Countless women have shared their horrific experiences with the abortion pill, revealing that it is not the same as having a “heavy period,” as the abortion industry claims. Women report hemorrhaging and extreme pain as well as the heartbreak of seeing their dead babies, whom they had been told were just “pregnancy tissue.” The abortion pill has been found to be four times more dangerous than first-trimester surgical abortion — something unlikely to be discussed in a television show with a pro-abortion agenda — and comes with a risk of incomplete miscarriage and life-threatening infection. Below is the image of a child who was killed by the abortion pill. 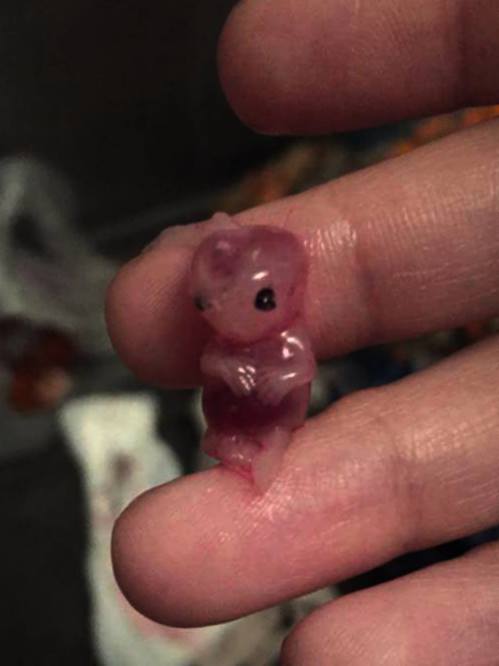 In a first-trimester D&C surgical abortion, the baby is torn to pieces when the abortionist uses a suction tool to force the baby out before scraping the uterus to ensure all body parts and pregnancy tissue are removed. In the end, the baby is pieced back together to make sure nothing was missed. If body parts are left behind, the woman can suffer a life-threatening infection.

The hand and arm of aborted baby—7 weeks. (Photo courtesty of prolifesociety.com and imagesofabortion.com.)

In a D&E second-trimester dismemberment abortion, the child is killed when the abortionist tears her arms and legs off and then crushes her skull. It’s a brutal procedure that has been known to haunt abortionists, giving them nightmares. It is unlikely that any of the 60 abortion-related plotlines showed what the abortionist does to the child, who has likely been capable of feeling pain since the end of the first trimester.

And finally, during a third-trimester induction abortion, the abortionist attempts to kill the child with a lethal injection of digoxin to cause cardiac arrest. A few days later, the mother will deliver her dead baby. The abortion industry frequently claims that the reality of such late abortions is that the mother’s health was at risk. But the truth is, at such a late gestational age, the child could be delivered alive though premature to save the mother’s life — without an abortionist first killing the child. Below is the image of a baby discovered in a waste bin outside of the Washington Surgi-Center late-term abortion facility in March 2022. He was likely killed by induction abortion, according to former abortionist Dr. Kathi Aultman. 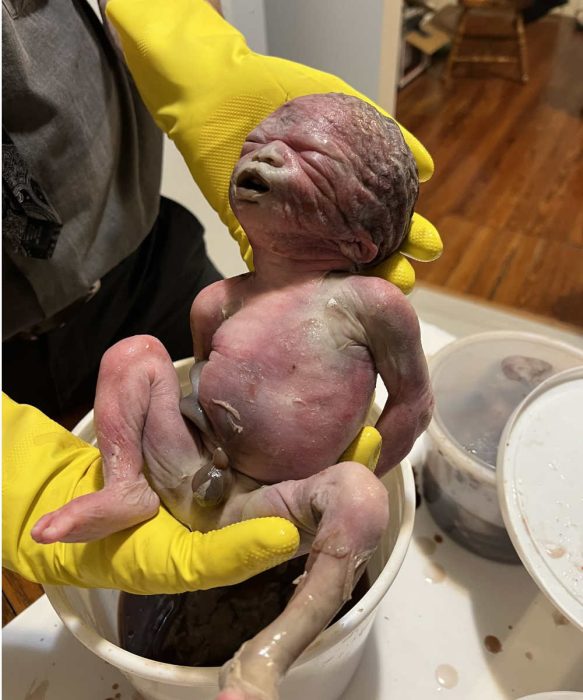 The Abortion Onscreen researchers wrote, “We hope these shows and others continue to build on these depictions by giving main characters abortion plotlines instead of only guest actors and working to reflect the reality of abortion patients in the U.S.”

But the images above are the reality of abortion in the U.S. These babies were the main characters in their stories though they are ignored by abortion proponents and the media, who refuse to share the true story of abortion.