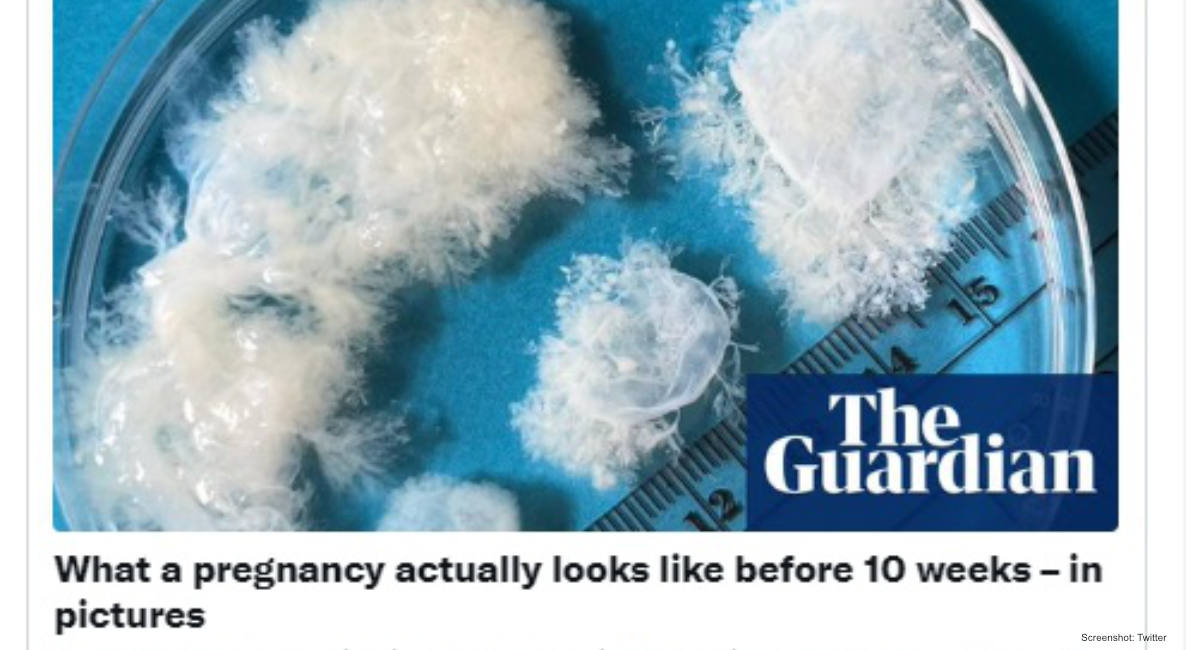 A misleading article in the pro-abortion publication The Guardian, which Live Action News responded to here, claims to prove that aborted babies are just tissue with no recognizable features.

However, even abortion advocates are admitting that the article and the photos obscure the truth.

Pro-Abortion Activist Shares a Photo of Her Own Aborted Baby

On a pro-abortion forum on Reddit, a woman with the username “BackgroundPea7785” shared a photo of her aborted baby. BackgroundPea7785 took the abortion pill and photographed her child.

The picture shows a baby with arms and legs, complete with fingers and toes.

BackgroundPea7785 says she conceived on April 5 or 6 of this year, and her abortion was on May 28. This would make her child seven weeks and three or four days old from fertilization. Counted from the last menstrual period, as most doctor’s offices do, this would be just over nine weeks gestation. 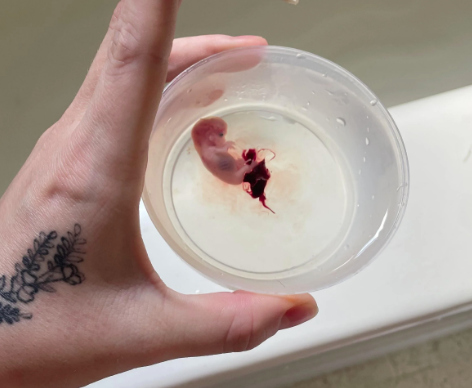 I am extremely pro choice under any circumstances and for any reason. I wanted to share these as I’ve seen some possibly misleading info in regards to what an embryo might look like at this stage. My tattoo should be proof that these are my photos. I do have a video as well, hard to see toes as it still looked like there was a tail of sorts but clear fingers, eyes etc.

She later clarified that she meant it “was not hard to see toes.” Elbows, hands, feet, and toes are clearly visible in the picture. 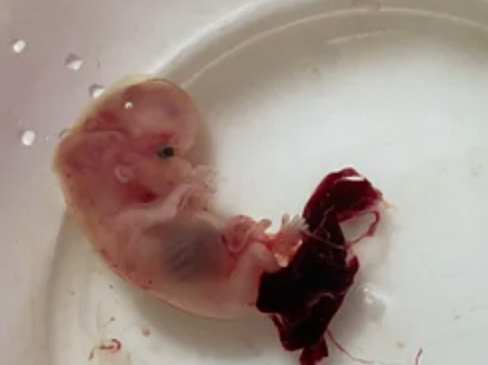 The Trauma of Seeing an Aborted Baby

Although BackgroundPea7785 says that she doesn’t regret her abortion, she admits seeing her baby was traumatic:

It felt like my heart stopped when I looked at it because it was a blob in my hand when I expected to see a blood clot instead. It was very smushed looking until I placed it in water.

[I]t was extremely traumatizing for me even though I am so pro choice and knew I was making the right decision… I did not keep it, I respectfully disposed of it…

She later admits that this “respectful” disposal meant flushing her child down the toilet. She says, “I live in a rental, and it’s medical waste, I wasn’t going to bury it.”

Other Pro-Abortion Activists Acknowledge the Truth

One woman posted a response saying that she too had seen a developed baby after her miscarriage. Another described seeing a similar-looking miscarried baby in the restroom toilet of the grocery store where she worked after a homeless woman miscarried there.

Other comments admitted the Guardian article was misinformation. One commenter said, “Thank you for contributing to the discussion. It’s extremely important we double triple check our facts especially if we want to make a change.”

Another wrote, “Thank you so much. Those 4-9w graphics going around are terribly misleading and honestly just more fuel for pro-lifers. There’s nothing wrong with facing the truth of our cause.”

A third person was confused because the photo in the post looked so different from pictures of “pregnancy tissue” she’d seen in other (presumably pro-abortion) sources:

…I don’t know if it’s possible for it to look almost human or so much more developed at 7.5 weeks than the images of aborted pregnancy tissue I’ve seen in articles.

I don’t doubt the OP… I’m just confused how it can be so much more developed than other tissue I’ve seen is all… I’m really confused, I know an embryo/fetus will grow at different rates depending on the pregnant person but can it really look almost human-ish at 7 weeks?

She’s seems to be having trouble accepting that she’s been lied to.

An abortion worker chimed in, giving a possible reason why photographs taken after an abortion may not always show recognizable remains:

I work at an abortion clinic and I literally covered my mouth when I saw this because I never thought I would see that. Because they’re removed with suction, it’s extremely rare to see anything other than a sac at this point because everything else is too fragile and ends up blending in with the rest of the tissue to the point where it’s unrecognizable.

Later, however, she seems to contradict herself, saying, “I work at an abortion clinic (that does surgical AB) and this looks real to me.”

This worker reveals that one possible reason recognizable babies didn’t appear in some of the early Guardian photos was that the powerful suction completely destroyed the children. The Guardian doesn’t mention this. 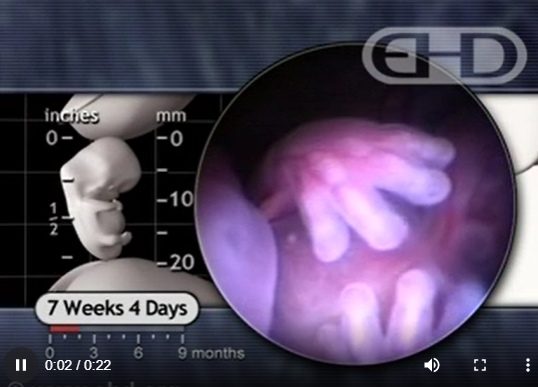 Mocking the Preborn Child and Pro-Lifers

Several commenters mocked the photos or used dehumanizing language to describe the baby.

In the picture, BackgroundPea7785 is also holding a marijuana joint (cropped for Live Action News purposes). One person commented, “A picture of tattooed hand holding petri dish with an aborted fetus and a joint. That deserves to win Pulitzer.”

Another said, “I can just imagine an old mega-Christian woman looking at that picture and fainting.”

Others said the photos were “interesting.”

None acknowledged the humanity of the baby.

Despite evidence proving that the Guardian’s pictures were false and misleading, the Huffington Post attempted to defend them. Their article mentioned that there were “commenters online saying this is not what the early miscarriage tissue they passed looked like.” They explained this away by saying, “This could be because of the blood that accompanies a miscarriage.”

The article doesn’t explain how blood could be mistaken for a developed baby with fingers and toes.

Joan Fleischman, who shared the photos, said “I’m not going to invalidate anybody’s experience. But I’ve never seen an embryo under nine weeks.”

But the Guardian article claims to present aborted babies at nine and ten weeks as well. So even if what Fleischman says is true for her, what about those children?

The Huffington Post quoted an abortionist saying, “It’s important for people to understand we’re not talking about something highly developed at all.”

However, a baby at seven weeks has a heartbeat, brain waves, developing eyes with retinas and eyelids, and, if female, ovaries. She’s been able to respond to touch for almost a week.