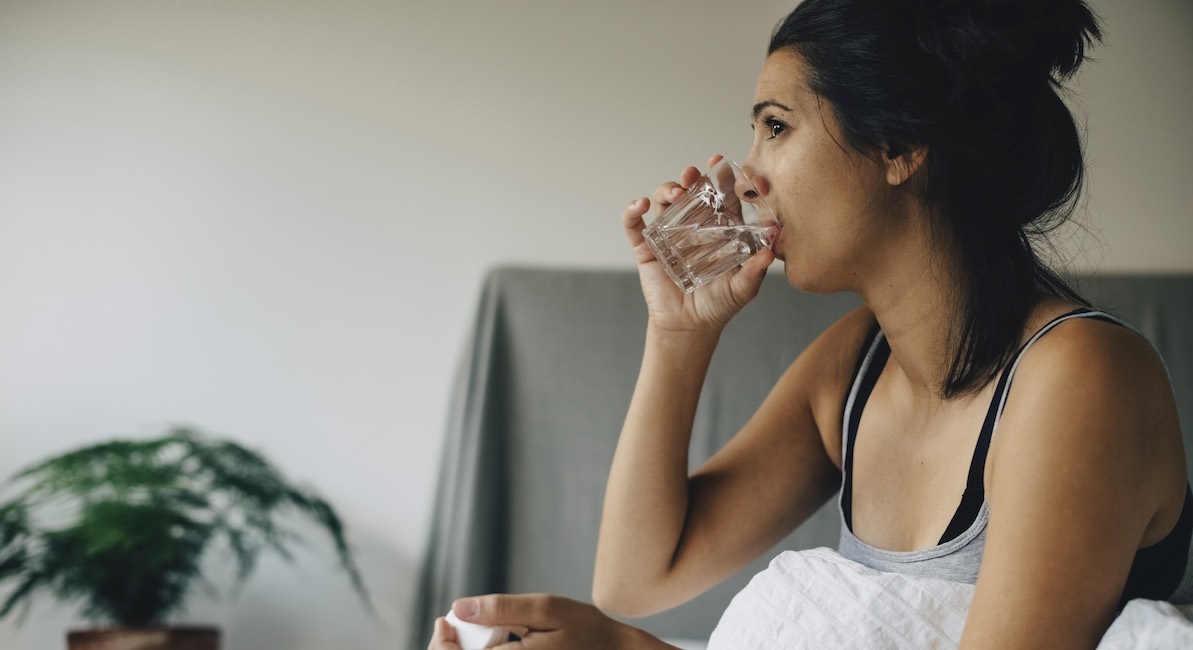 Pro-choice advocates often claim that legal abortion is necessary in order to negate the dangers of illegal abortions. But the propaganda surrounding the annual number of abortion-related deaths prior to Roe v. Wade been thoroughly debunked, and the complications tied to lawful, induced abortions have not made women safer. Abortion advocacy groups often fight attempts to restrict it in any way, sharing horror stories of dangerous, back-alley abortions to ensure no common-sense regulations can be put into place.

In a move that could have radical implications for women’s health and safety, the abortion industry has begun to push for reduced restrictions on the abortion pill. This would allow the industry to sell women chemical abortions without physical exams or testing. As pro-abortion groups continue to advance their political agenda, women should know about the dangers of the abortion pill.

The Pill Starves a Preborn Child to Death

The U.S. Food and Drug Administration (FDA) has approved the abortion pill (a non-surgical type of abortion) for up to 10 weeks of pregnancy. With this abortion, a woman takes two different drugs. The first is mifepristone (RU-486), which works to block a hormone known as progesterone. The lack of progesterone then causes the woman’s uterine lining to break down, depriving the preborn baby of nourishment.

Once the child has been cut off from the supply of nutrients, the baby dies inside the mother’s womb. About 24 to 48 hours later, a woman ingests the second drug, misoprostol, which causes contractions to expel the dead child from the womb.

The Abortion Pill Has Dangerous Physical Side Effects for Women

Between 2000 and 2018, 4,195 adverse side effects related to the abortion pill were reported to the FDA. This included 24 maternal deaths, 97 undiagnosed ectopic pregnancies, 1,042 hospitalizations, 599 blood transfusions, 412 infections, of which 69 of them were severe. These numbers only represent what has been reported to the FDA. Without proper tracking of abortion complications, there’s likely more that are undocumented.

The horrifying physical effects of the abortion pill, such as bleeding, abdominal pain, and vomiting, all of which can last for several hours or days, are signs that the pill is working.

The Abortion Pill Can Fail

In some cases, an abortion by pill may be incomplete. In cases like this, the abortion industry will recommend a second abortion, usually a surgical one. A woman may be at risk of infection if parts of her baby are still within her uterus. It should be noted that the FDA has only approved the abortion pill regimen for use up to 10 weeks (70 days) of pregnancy, but Planned Parenthood has openly advertised the pill for use up to 11 weeks. By the corporation’s own data, the failure rate for the abortion pill at nine weeks is seven percent, and nine percent at 10 weeks. By offering chemical abortions at 11 weeks, that rate jumps to 13 percent.

Previously, Live Action News had documented that the abortion pill failed 7,000 to 24,000 times annually – or even 31,000 times a year. But with Planned Parenthood offering chemical abortions up to 11 weeks, this increases the failure rate to between 7,000 and 44,000 times every year.

A review of 22 studies within the British Journal of Psychiatry that analyzed the mental health effects of abortion found post-abortive women had higher rates of depression, anxiety, and suicidal thoughts compared to women who didn’t have abortions. Women who had abortions were also found to have higher rates of substance abuse than women who did not abort. A surgical abortion is traumatic enough, but in a chemical abortion (by pill), a woman may see the remains of her dead child.

Since the abortion pill is often taken up to 10 weeks after a woman’s last menstrual period, a woman who takes it is likely to see a tiny baby with a head, hands, feet, and fingers. Former Planned Parenthood director Sue Thayer recalls how women would return to the clinic, their nine-week-old baby in a Ziploc bag.

Regulations Surrounding the Pill Have Been Lax

The abortion pill is subject to the FDA’s drug safety program, known as the Risk Evaluation and Mitigation Strategies (REMS), because of the life-threatening risks it poses to women. Originally, REMS mandated that Mifeprex (the abortion pill’s brand name) could only be prescribed by a licensed physician. It was also required that all Mifeprex complications be reported to the FDA.

This changed for the worse in 2016 when the FDA, under the Obama administration, agreed to make changes to the regulations surrounding the abortion pill. The person prescribing the pill need only be a “healthcare provider,” meaning individuals are only required to have basic medical capabilities. The 2016 approval also absolved manufacturers of the responsibility of reporting side effects to the FDA, with the exception of death. Resulting in even less oversight, the FDA eliminated requirements for a second office visit to confirm the completion of the abortion and to confirm that no health complications have arisen.

This has resulted in less accountability on the part of prescribing facilities. These reduced regulations make it clear that the abortion industry is not concerned with preserving women’s health, but values their own interests instead. This makes their claims about the dangers of outlawing abortion ring hollow, as it’s clear when abortion is legal, women are left to the mercy of the industry’s agenda.

Editor’s Note: If you have taken the first drug in the abortion pill regimen and have changed your mind, help may be available. Visit AbortionPillRescue.com.