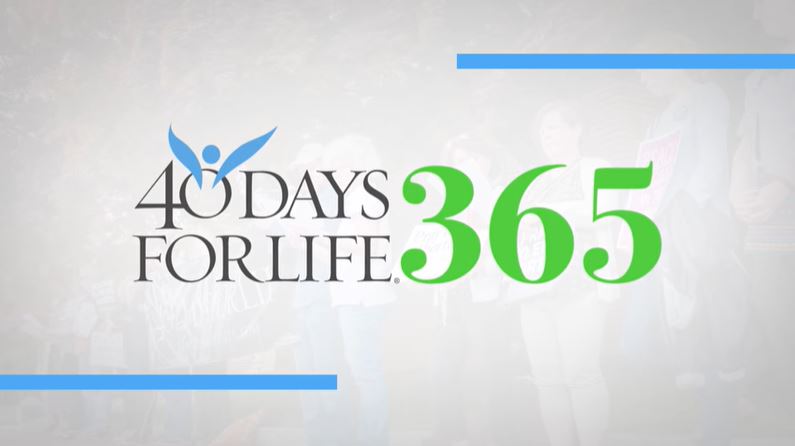 A November 17 webcast hosted by 40 Days for Life announced the results of the organization’s fall 2020 international campaign — its largest 40 Days for Life campaign to date. 40 Days for Life president Shawn Carney noted in an email to supporters on Wednesday that the global event had a record-high 588 vigil sites in 36 countries this fall, including the first-ever vigils held in Cuba and Honduras. In all, 757 babies and their mothers are known to have been saved from the tragedy of abortion, an abortion business closed, and four abortion workers quit as a result of this most recent fall campaign.

During the webcast, Carney shared details on a new initiative being launched on December 1, called 40 Days for Life 365. “Former workers […] say that the no-show rate goes as high as 75% in front of a Planned Parenthood [during a 40 Days for Life vigil],” he explained. “That is devastating to the abortion industry, and for years our leaders have been requesting a way to go year-round, for some campaigns to be able to take that extra step and go out and have a peaceful presence throughout the entire year, which devastates the abortion industry. That is how the Planned Parenthood in College Station [Texas] closed over a number of years. That is how other leaders who have been able to do this on a smaller scale have been able to close abortion facilities.”

READ: 40 Days for Life leader says healing from her own abortion allowed her to offer hope to others

Carney said that the organization has been working on a year-round program for years. 40 Days for Life 365 is an “elite” program that isn’t for everyone, he said, but the local leaders who are already able to commit to two 40 Days for Life campaigns each year with a consistent group of pro-lifers to be present outside the abortion businesses are encouraged to apply to be a part of the 40 Days for Life 365 program.

“We tested this thoroughly in 2020 in many different markets including Orange, California; Marietta, Georgia; Columbia, South Carolina; Aurora, Illinois,” said Carney. “There were so many different places where we tested this, in different weather, with different pro-life or pro-abortion views in the local abortion market, and it was an astounding success. So this program will simply add to what is already happening in the pro-life movement, but we are going to see the baby save numbers skyrocket.”

40 Days for Life Campaign Director Steve Karlen noted that 40 Days for Life 365 sites will have the option of starting out with one day of coverage per week, with the ultimate goal of providing coverage every hour that the abortion facility is open for business. Karlen stated that ensuring this kind of coverage necessitated the development of a new training program, as well as the acquisition of new technological tools for sign-ups and more.

READ: 40 Days for Life leader says healing from her own abortion allowed her to offer hope to others

Suzanne Guy led the pilot program in Marietta, Georgia. She shared that just two weeks into the 365 pilot program this summer, she learned of the first baby saved. Guy credited the “excitement” and “energy” of her team who were “even more excited” to continue the 40 Days for Life prayerful presence on the abortion facility sidewalk.

“People saw it for the incredibly needed opportunity and privilege that it was, especially purposing to be there when the clinic was open, she said. “People really have a heart for the Lord, and people really recognize that 40 Days for Life is truly that instrument in the Redeemer’s hands, people really see it as that vehicle of the Good Samaritan that God talks about in the Bible- about not just passing on by but having compassion for somebody left for half-dead, and seeing that 40 Days for Life is this incredible opportunity to be present, to pray, and to love well.”