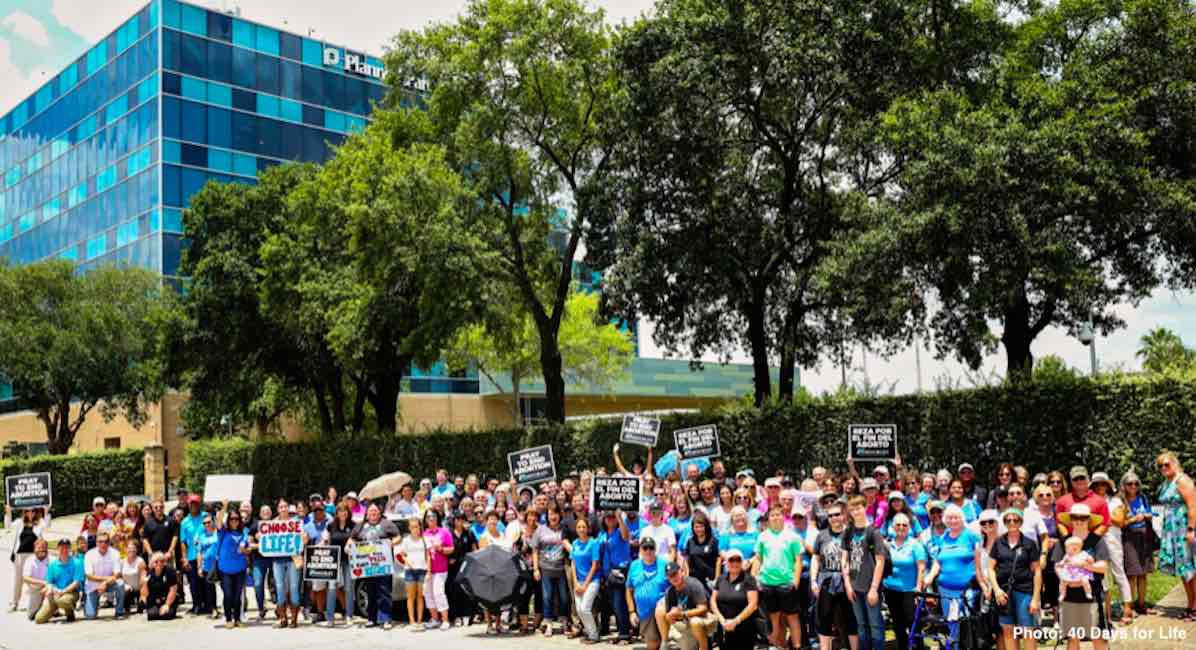 Today, September 23, marks the start of the fall 40 Days for Life campaign, a global pro-life prayer movement that “aims to end abortion locally through prayer and fasting, community outreach, and a peaceful all-day vigil in front of abortion businesses.” The campaign will run from September 23 through November 1.

In an August letter to supporters, President and CEO Shawn Carney announced that the group had already “shattered records for the number of applications, the number of cities on board, and the number of approved campaigns,” adding that the campaign is set to be the largest ever, with 588 cities worldwide participating.

In an August episode of the 40 Days for Life podcast, Carney noted that this latest campaign will be taking place in the midst of significant turmoil in our country, be it racial strife, fears surrounding COVID-19, or political arguments. However, former abortionist Dr. Haywood Robinson, who is now 40 Days’ Director of Medical Affairs and Education, commented that the sense of fatigue created by the current cultural situation can yield ripe conditions for the Lord to move.

“The fatigue that the Lord needs is for us to be tired enough for Him to take over. The Bible says ‘when we are weak, He is strong.’ The Bible also says, ‘be not weary in doing good,'” Robinson noted. “It’s happening, literally, right before our eyes, where we’re seeing a supernatural empowerment and strengthening that goes beyond even our conventional wisdom that we would have as believers. So the Lord is showing Himself mighty. He’s going to do some great things.”

Campaign director Steve Karlen added that the tremendous growth of this year’s fall campaign reflects a back-to-basics understanding about what’s at stake on the sidewalks outside abortion facilities. “When you’re out on the sidewalk, on the street in front of an abortion facility, and you watch a woman walk into the facility pregnant and walk out later in the day not pregnant, with a broken heart, maybe crying, often limping, wounded physically, emotionally, and spiritually, you’re not thinking so much about debating or about Congress or about the Courts. All of those things are critical; they are certainly important, but I think we realize that this is something that has to come through the Lord.”

Previous campaigns have yielded incredible results. According to the 40 Days website, over 7,000 campaigns to date have contributed to 17,226 lives saved, 206 abortion workers quitting, and 107 abortion centers closing. In the 13 years since its founding, 40 Days for Life has carried out prayer and fasting campaigns in more than 1,000 cities in 63 countries worldwide.

On the 40 Days for Life blog, Shawn Carney urged pro-lifers to commit to joining their local campaigns, writing, “Mother Teresa said that if you can’t help a hundred people, just help one…. In the midst of the pandemic, elections, and now a fight over the Supreme Court, Jesus Christ wants to use you to bring His peace, clarity, and joy to our noisy world. Will you let Him?”

Perhaps the most powerful plea for pro-life involvement comes from post-abortive women themselves. Carney documented in his 2018 book the account of an irate woman who approached a 40 Days for Life participant and began screaming about how self-righteous the pro-lifer was to stand on the sidewalk and prevent women from accessing something that could save their lives. The woman insisted that the abortion business had saved her from a terrible life, to which — in a moment of Holy Spirit-inspired clarity — the sidewalk counselor responded calmly, “They didn’t save your life. They killed your baby.”

The screaming woman was completely stunned, and instead of reacting in rage, began to cry. She poured out her story, how her abortion had actually negatively impacted her life, and then she asked, “Where were you [pro-lifers] that day? Why wasn’t anyone here to save me? Where were you?”

Click here to participate in this life-saving work by locating a 40 Days for Life prayer vigil near you.