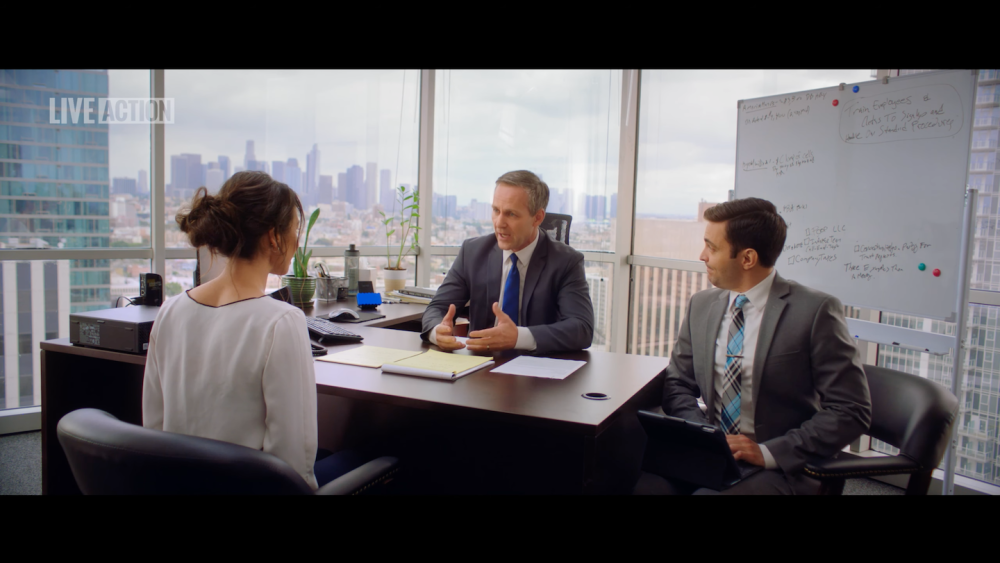 Washington, D.C. – Today, one of the nation’s leading human rights organizations, Live Action, released its newest video in a series that calls out the hypocrisy of corporations incentivizing abortions for its female employees.

Since June 24th, 2022 when Roe v Wade was overturned, many of our nation’s corporations have been scrambling for ways to ensure their employees in pro-life states still have access to abortion. Household names including Amazon, Starbucks, and Netflix are subsidizing abortion travel for employees. Even retail companies are getting involved, including sporting goods stores, cosmetics companies, and clothing lines.

Live Action’s Founder and President, Lila Rose released the following statement: “Women in the workplace are being lied to by their employers, who are claiming ‘female empowerment by offering to pay a mother to end the life of her child, which in fact is the most demeaning and degrading thing to happen to someone. We believe the satire in these videos can change hearts and minds by ridiculing harmful ideas and bringing hidden agendas to light.”

In the first video, titled A Generous Offer, a woman is asked to meet with her boss, and what seems to be an HR manager. In the meeting, she is offered fully paid leave. It becomes apparent that the offer is for her to travel to have an abortion, and not to support her during maternity leave. The Wall Street Journal recently reported that only 35% of companies offer paid maternity leave. Disney’s well-known company, Hulu, cut back maternity leave to just eight weeks after delivery.

The second video in the series will be released later this week and will focus on how corporations offer “abortion care” to female employees only for financial gain.

At least 1 in 10 women who had an abortion were traveling across state lines to do so. That number is bound to increase, as major employers launch their benefits packages to cover abortions for female employees. These so-called “abortion care benefits” range from $3,000 to $10,000 dollars annually to cover travel costs and expenses, including covering childcare costs for older children.

Rose continued,  “It’s clear, corporate America is incentivizing death, and not life. We must continue to fight back against this “woke corporate agenda” by choosing to give our business to those who support our values — those that support parents, and families, and a culture of life.”

About Lila Rose & Live Action – Lila Rose founded and serves as president of Live Action. Live Action is a 501(c)3 human rights non-profit and the digital leader of the global pro-life movement. Live Action exists today to shift public opinion on abortion and defend the rights of the most vulnerable. With over 6 million social media followers and 1.7 billion lifetime video views, Live Action reaches up to 100 million people per month – saving lives and transforming hearts, with 43% of surveyed followers saying Live Action’s content has changed their position on abortion. Through compelling educational media, human interest storytelling, investigative reporting, and community activism, Live Action reveals the humanity of the preborn and exposes the abortion industry exploiting women and families for profit. Find out more at http://www.liveaction.org.