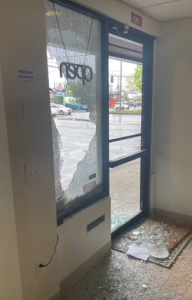 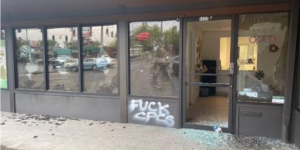 Lila Rose, Founder and President of Live Action, released comments in response to these acts on Instagram:

“Yesterday, pro-abortion activists on Twitter put out a hit on pregnancy resource centers in Portland, Oregon. Last night, vandals scrawled “F*** CPCS” on the building of a Crisis Pregnancy Center after they bashed in the windows.

This appears to be an act of domestic terrorism. Anti-life activists don’t want pregnant women to have options. They want to scare not only pro-life workers but women seeking alternatives to abortion and support for their babies. They are also trying to intimidate us – all pro-life people. Don’t let them win.

There are also reports of houses of worship being targeted. We won’t stand down. Our peaceful, loving movement will continue to help women and families in need, educate them about the violence of abortion, advocate for pro-life laws, and stand for life. Please pray for the safety of all pregnancy resource center workers, volunteers, and patients.”