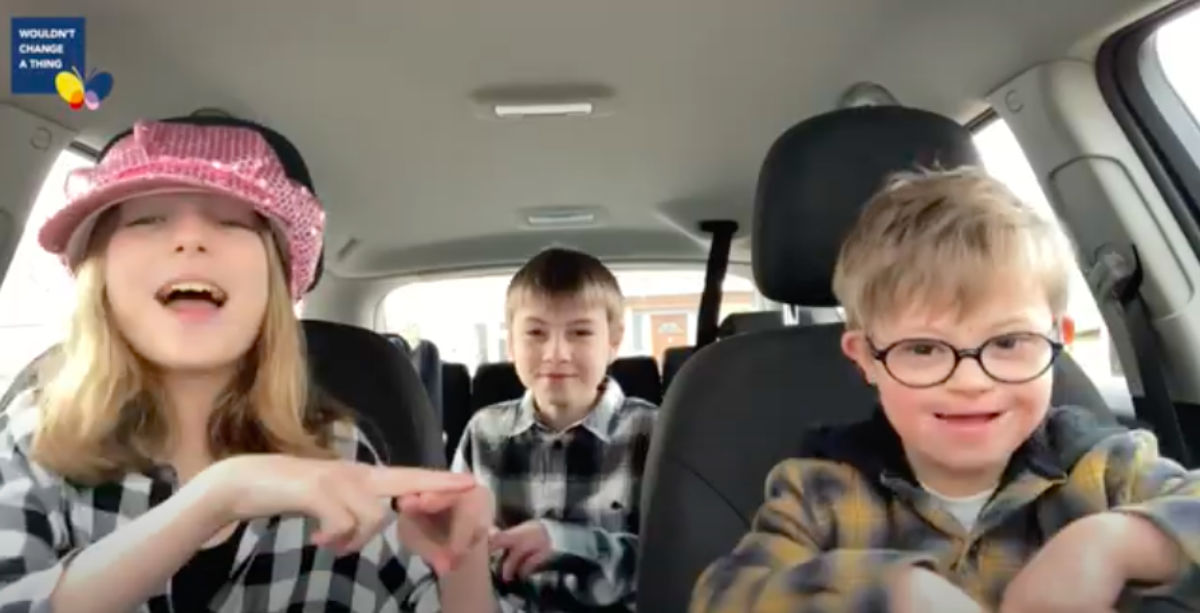 World Down Syndrome Day is March 21, and in honor of this, the siblings of children and adults with Down syndrome put together a video called “50 Siblings, We Are Family” featuring the song “We Are Family” by Sister Sledge. Parents who learn their preborn child has Down syndrome often wonder how that diagnosis will affect their other children. Sometimes their concerns lead them to abort their baby, but this video proves they shouldn’t fear.

The video was put together by the organization Wouldn’t Change A Thing Foundation and features siblings singing “We Are Family” together in their cars. Many of them use sign language to sing the lyrics, and each of them is living proof of what researchers already know: siblings of people with Down syndrome wouldn’t trade or change their siblings for anything.

A study published in the American Journal of Medical Genetics found that 94% of siblings report feelings of pride about their sibling with Down syndrome and 99% of people who have Down syndrome report feeling happy with their lives. That pride and joy are both evident in the video (and tissues might be necessary).

Not only do siblings adore their brothers or sisters with Down syndrome and take pride in them, but they also gain a higher emotional intelligence and are able to be more empathetic towards others.

“We found that children with siblings with intellectual disabilities scored higher on empathy, teaching, and closeness and scored lower on conflict and rivalry than those with typically developing siblings,” explained Tel Aviv University professor Anat Zaidman-Zait regarding research in which she participated at Tel Aviv University and the University of Haifa.

One of the 50 families featured in the video is the Lack family. Six years ago, Hayley Lack was given unhelpful and insensitive advice regarding her preborn daughter’s possible Down syndrome diagnosis. After that horrible experience, she began working as project manager for Wouldn’t Change A Thing Foundation to help erase the negative perception that exists about life with Down syndrome.

READ: UK mom has one twin daughter with Down syndrome and one without… and life is beautiful

“My own pregnancy and birth was a very emotional time as I was given outdated information, made to feel worthless, and not supported at all at the many appointments I attended,” she told the Warrington Guardian. “I was told my daughter probably didn’t have Down Syndrome and I was instead told that if I had an amniocentesis for diagnosis, then I would have plenty of time to ‘do something about it.’” She added, “When pregnant with a child with Down Syndrome, you can abort the pregnancy at any point up until the child enters the birth canal.”

Her daughter Evie and four of her siblings are featured in the video, which was launched on March 14, a week ahead of World Down Syndrome Day. It is a tragedy that so many siblings don’t have all their sisters (or brothers) with them as the song says. And that’s because of abortion.