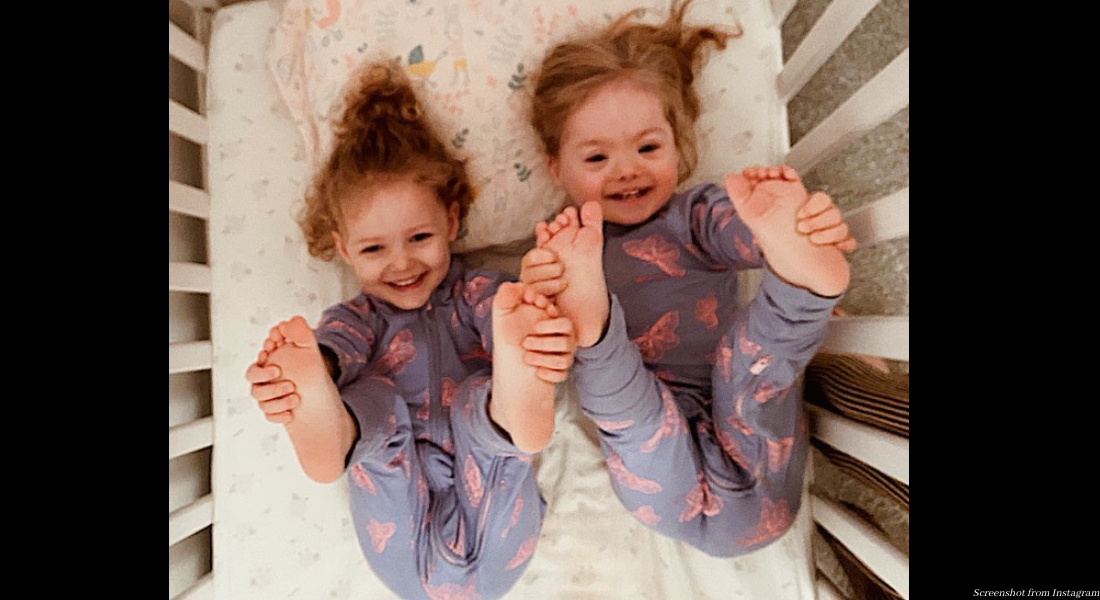 Women who receive a diagnosis of Down syndrome rarely receive the news in a positive way. For Nicola Bailey, a nurse from Sheffield in the United Kingdom, it was no different. When her daughter with Down syndrome was born, she said doctors apologized and acted as if someone had died.

Bailey gave birth prematurely to twin girls, Harper and Quinn. According to the Daily Mail, her water broke at 32 weeks, but doctors were able to keep the babies in her womb for another week. Bailey didn’t get a good look at either of her twin girls, as they were quickly rushed to the NICU. But according to an interview with Tyla, Bailey said when doctors came back, their demeanor made her think one of the twins had died.

Doctors said “[we are] really sorry to have to tell you this,” and said they had “sad news.” They then apologized for the supposed misfortune of having a child with Down syndrome. The chance of Down syndrome occurring in one twin and not the other is one in a million. Shockingly, Bailey wasn’t allowed to see her daughters until she and her husband had been given a pamphlet about adoption.

“[A]s soon as I saw them both my heart just melted. They were both so beautiful,” Bailey told the Daily Mail. “But I knew straight away when looking at Harper that she had Down’s syndrome.”

In an emotional Instagram post, Bailey acknowledged that she grieved the daughter she thought she would have, but said Harper has made her stronger, and taught her how to be better. “I know now I can not change our beginning but we can start where we are right now and change our ending,” she wrote. “I was born to be your mother[.] I may have given life to you but [in] all honesty you have helped me find mine so thank you my beautiful for just been [sic] you.” 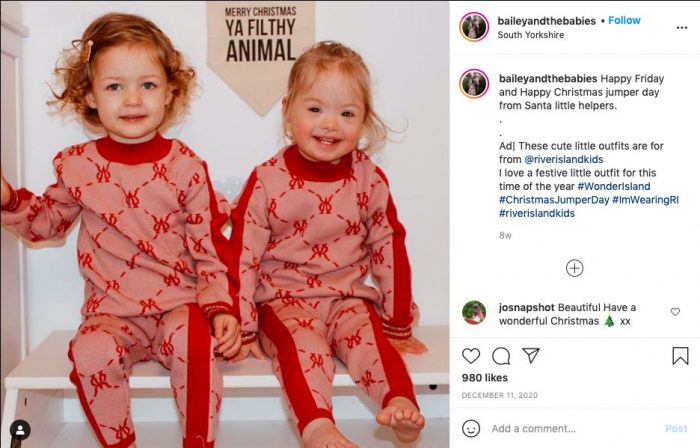 Since then, Bailey has spoken out about the negative way parents receive diagnoses, and how the stigma has led to truly heartbreaking tragedies.

“It is very common with a diagnosis of Down’s syndrome to go through grieving. With all the negativity, it made me not want to bond with her. You’re made to feel as though their life is valued less,” she said. “Of course, doctors do have to give you all the factual information, but I think the first thing they could say would be, ‘congratulations, both girls are doing perfectly fine, they’re beautiful, we do have some suspicions Harper might have Down’s syndrome…’ If they’d done it like that it would have been less traumatic, but the way they deliver the news, you think your child is dying — it’s a horrible way of receiving information.”

And while Bailey didn’t receive a prenatal diagnosis for her daughter, her public online presence with her daughters has led many other Down syndrome moms to reach out to her, many with horrifying stories. “I’ve spoken to a lot of mums who decided they wanted to go ahead with the pregnancy but were offered abortions time and time again up until they were 38 weeks. If the mum has already said she doesn’t want a termination, that should not be necessary,” she told Tyla. “Mums message me on Instagram to say they’ve been traumatised because they aborted their baby with Down’s syndrome — but after seeing Harper, that’s not the picture they were sold. That breaks my heart; they’re grieving all over again, because they’re seeing something that isn’t what they thought their baby was going to be.”

Sadly, these kinds of negative experiences seem to be a systemic problem, particularly in the United Kingdom. The Antenatal Results and Choices (ARC) organization only gives parents resources and support if they choose to have an abortion after a prenatal diagnosis — not if they choose life. Other moms in the United Kingdom have shared similar stories. Some were told they could abort up until the baby was in the birth canal, and some were offered abortions at every single appointment. Other parents say doctors called their children with Down syndrome ‘it,’ or said they would be better off dead.

Yet despite these serious attempts to persuade parents that raising a child with Down syndrome is worse than a death sentence, research has found that virtually all parents reported that they love their son or daughter and were proud of them, while an overwhelming majority said their outlook on life was more positive because of them.